What were they thinking? That’s the question on everyone’s mind as the Volkswagen crisis unfolds. That question makes a big assumption: that the company’s leaders were thinking about anything beyond their greed. About decency, about our environment, about their progeny. Volkswagen Canada Inc. has halted sales of vehicles equipped with diesel engines in Canada amid reports that U.S. emissions tests were manipulated to fool U.S. regulators.

Okay, so you will not buy a Volkswagen. A Chevrolet instead? Watch out for the ignition. Or how about a Toyota? Just duck as the airbag comes your way. Do you, by any chance, see a pattern? Have we been thinking?

In Europe, the United States, Japan and most everywhere else, something is going on. There is a level of sheer corruption that transcends the automobile industry. 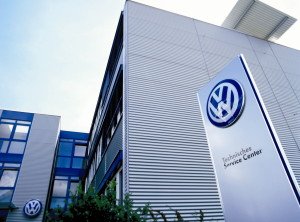 How about banking in the United States and Europe? How about politics, most everywhere? Now Brazil is receiving a lot of attention, while the utter corruption of U.S. politics – private money in public elections, a level of lobbying out of control – carries merrily along.

If you wish to steal, don’t grab somebody’s iPhone; the government will throw the book at you.

Devise some financial manoeuvre – a little more clever than a Ponzi scheme – to defraud many people of much money. If you wish to commit manslaughter, don’t do it as the driver of a car; do it as the designer of the car. Executives and engineers at General Motors knew there were problems with those ignition switches, which led to multiple fatalities, yet they have walked off scot-free.

Far more insidious, however, is the legal corruption, because it is so prevalent. Goldman Sachs allegedly manipulated the market for recycled aluminum so that it could siphon off $5-billion (U.S.) by moving ingots from one warehouse to another. What were they thinking? That’s easy: $5-billion.

The company claimed to have broken no law. And that is precisely the problem: Our societies are being destroyed by this legal corruption.

University professors are in cahoots with pharmaceutical companies that think nothing of charging hundreds of thousands of dollars for life-and-death products that cost them hundreds of dollars to produce. And economists who cannot see past markets support such nonsense. Are they thinking at all? Some markets. This is the exploitation of monopolies called patents whose prices are not being regulated. And not just any old monopolies: People have to die for want of these, for the sake of obscene profiteering. What kind of a society tolerates this?

Are you seeing the pattern? It’s not a scandal; it’s a syndrome. The Volkswagen affair is just a blatant case of an accelerating trend. Expect it to get worse, because we are living in a world where predatory capitalism is triumphing.

In 1989, pundits declared that capitalism had triumphed. Wrong. Balance triumphed. The developed countries of the West were balanced back then.

Think of the United States after the Second World War – higher levels of taxation, fairer distribution of wealth, generous welfare programs – and with all that, remarkable development, political and social as well as economic. The communist states of Eastern Europe collapsed because they were utterly out of balance, with so much power concentrated in their public sectors.

It turns out the Berlin Wall fell on us: Predatory capitalism has been triumphing since 1989, throwing much of the world out of balance, on the side of private sectors. They are dominating government and much of society, with the consequences described above.

What were they thinking at Volkswagen? Okay, so this particular company was particularly dumb. But how many others are close behind, just a bit smarter to keep out of the spotlight?

Remember the 1989 concept of “the end of history,” the widely accepted claim that human society had reached perfection, thanks to our relentless greed? Well, watch out: Unless we get our act together, here it comes.

Henry Mintzberg is the Cleghorn professor of management studies at McGill University in Montreal and author of Rebalancing Society: Radical Renewal Beyond Left, Right, and Center.

*  The shared fate of Volkswagen and Wolfsburg, the German city it built, by Joanna Slater, the Globe and Mail, Oct. 14, 2015


Do nitrogen oxides – NOx – directly damage health? Until recently their impact was considered mostly indirect, but that view is changing.

We have long known that NOx, and in particular NO2 – which form part of the discharge from car exhausts – are indirectly harmful. They contribute to the production of ozone and fine particulate matter less than 2.5 micrometres in size, called PM2.5. These are the two most notorious pollutants that can have an impact on human health. But the production of those notorious pollutants has made it difficult to establish whether there are health problems connected with the NO2 molecules themselves.

“NO2 correlated with other damage from other emission gases, so its contribution couldn’t be disentangled,” says Martin Williams of King’s College London. “Now, there’s much stronger evidence for independent effects of NO2.”

In the UK, a document published earlier this month by the government as part of a plan to reduce NOx concentrations estimated that the gases kill up to 23,500 UK citizens prematurely each year.

To put that in context, PM2.5 prematurely killed an estimated 430,000 people in the 28 EU countries in 2012, according to the European Environment Agency. Ozone is estimated to lead to about 16,000 premature deaths across Europe each year.

The Europe-wide impact of NO2 hasn’t yet been established, says Martin Adams, head of the air pollution group at the European Environment Agency in Copenhagen, Denmark. “That’s something we will look into over the next year,” he says. But it’s clear that there is a health effect, he adds. “[NO2] is responsible for aggravating cardiovascular and respiratory disease.”

The World Health Organization, too, recognises the problem. NO2 is a direct hazard to health in its own right, the WHO concluded two years ago after an in-depth investigation of its impact.

The switch from petrol to diesel vehicles is making things worse because it increases the toxicity of NOx discharges from exhaust pipes. NOx is a mixture of nitric oxide (NO), which is harmless, and nitrogen dioxide (NO2). When diesel is burned in an engine instead of petrol, more NOx is produced overall, and 70 per cent of the NOx produced is NO2, compared with only 10 to 15 per cent when petrol is burned.

The UK government has put forward a plan to tackle NOx pollution, especially in cities like London, where last year the levels were more than twice the EU limit of 40 micrograms per cubic metre of air.

Williams says a diesel ban in cities – as proposed last year by the Mayor of Paris – is workable, but may not be politically acceptable. But there are plenty of alternatives proposed in the consultation, including creation of clean air zones within cities, fuel duty to disincentivise diesel use and economic incentives for drivers to switch to cleaner transport, such as e-cars and hybrid vehicles. 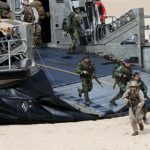 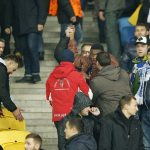