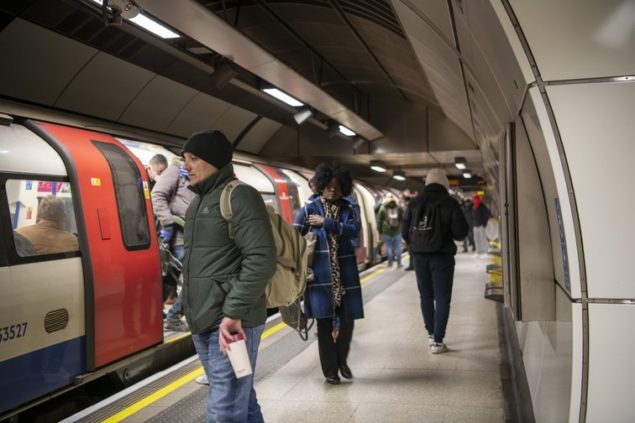 In England there is no new legislation to protect workers’ safety, and remarkably little to enforce workplace lockdown, despite what the media tells you.

Everyone agrees we’re in lockdown. Coronavirus has “shut down the whole economy”, the BBC’s Coronavirus Newscast told us last week.

The BBC’s World at One contrasts the situation in the UK, with that of a “different approach” in Sweden, where “not all businesses have closed”. The only debate now is between the hawks and doves on when we allow “a partial reopening of businesses”, the national broadcaster’s daily news email told me on Monday.

Undoubtedly part of the reason for this is that we moved too late to enforce a “lockdown”.

“Stay home”, Boris Johnson told us when he announced the lockdown a month ago. Only travel to work “where this is absolutely necessary and cannot be done from home.”

But who defines what’s “absolutely necessary”? Unless you work for a non-essential shop or leisure facility (that was closed by order on 23rd March) the answer is always, “your boss”.

Offices, factories, warehouses and (in England) construction sites may all remain open. None have been designated as ‘non-essential’. It’s also been left entirely up to the bosses to decide whether it’s “possible” to do a job from home, and whether to take the government cash to furlough some or all of their workers. Or whether it’s “absolutely necessary” for some or all of its workers to come in. Call centre workers and numerous other groups of workers, meanwhile, have been labelled “key workers” at the stroke of a ministerial pen, irrespective of what they are actually doing – leading to reports of deaths from suspected COVID-19.

It’s not even really accurate to talk about ‘loopholes’ that employers are exploiting. More like a legal void, that the government hopes the media class won’t notice. The baristas and bookshops aren’t there, and who really knows anyone who works in a call centre, factory, or warehouse? When Patrick Vallance’s slides at last Thursday’s Covid press conference revealed that 49% of those still working, are working from home, no-one piped up on Zoom to ask where the other 51% were, or why the government’s official survey hadn’t asked that question.

Earlier this week, an academic at Strathclyde university gave me advance sight of a major survey he’s done of call centre workers. As my colleague and I reported yesterday, it makes for harrowing reading. Many, particularly low paid, workers are still being made to go to work. And it’s not only call centres. There are cleaners, security guards, office staff, construction and warehouse workers.

As the survey showed, many are deeply worried about catching coronavirus either at work or on their journey in. Some are particularly concerned as they, or members of their households, are classed as “vulnerable”, and advised to be particularly careful to maintain social distancing, or even one of the 1.5 million classed as “extremely vulnerable” and instructed to “self-shield” entirely for 12 weeks.

But the government has given them little or no additional protection from unscrupulous employers. I called the Cabinet Office, Department of Business, Energy and Industrial Strategy (BEIS), Department of Work and Pensions, and Ministry of Justice, to try to get to the bottom of this matter. What legal sanctions were there against employers who threatened to withhold all pay, or even sack, non-essential employees, if they asked not to come in because of concerns about catching the virus?

Such bosses “won’t exactly be breaking a law”, a BEIS spokesperson told me. “There’s nothing [employees] can prosecute people with, but you can point to guidance.”

Even if someone in the employee’s household was defined as “vulnerable”, or “extremely vulnerable”?

There were no new legal protections, the spokesperson confirmed. But workers could go to their union, to Citizens Advice, or to the conciliation service, ACAS, he suggested. “There’s a lot of that going on”.

What if a worker themselves were classified as “vulnerable” or “extremely vulnerable”?

Even here, the BEIS spokesperson offered little reassurance. “There are so many extenuating circumstances in these things.”

In fact, although neither BEIS nor any of the other departments I spoke to were prepared to tell me, even when I prompted them by asking about health and safety law, there is some legal protection for employees in these kinds of situations. Under existing health and safety legislation, employees who believe their health or indeed that of their family would be put in imminent and serious danger may leave, or refuse to attend the workplace. And employment lawyers like Stuart Brittenden, writing on the website of the Institute of Employment Rights, suggests that if as a result of leaving, or refusing to attend under these current circumstances, someone was dismissed, or had their pay withheld, they’d have a decent chance of success at an Employment Tribunal.

The trouble is, even if employees know about these rights, how many will dare exercise them, when any legal remedy might take months or even years of fighting for, and they could face being sacked and thrown into the inadequate safety net in the meantime? Not to mention those who have looser employment relationships that mean they don’t have these rights at all? Unions are trying to help, of course – but are hobbled by some of the most restrictive anti-union laws in the developed world.

And it gets worse. In England, unlike in Scotland and Wales, the government has not even introduced any new legal sanctions if offices, call centres, factories, construction sites, warehouses, and so on, don’t enable social distancing in the workplace. English bosses are expected to “make every effort to comply” with social distancing, but not legally mandated to do anything. Indeed, as “lockdown” progresses, the non-binding guidance has been watered down, so that for example bosses who can’t enable construction workers to stay 2 metres apart are advised to set them to work “side to side” or “back to back” instead. If even that’s not possible, they’re asked to limit close face to face working to 15 minutes.

The Opposition appear to have dropped the demand by then shadow employment minister Rachael Maskell on 31st March for “strict and enforceable closure” of non-essential workplaces, but continue to call for the current guidance around safety at work to be “strictly implemented and enforced” with the help of trade unions.

Meanwhile, the right wing hawks, in particular, seem to have discovered a new concern about the abuse, exclusion and poor conditions that are the reality of many people’s home lives – and are invoking it as a reason to end the lockdown. But the vulnerability and exploitation that is the reality of many people’s workinglives is given scant attention.

The media debate when people will feel ready to “decide” to “return” to work, and the Ministry of Justice tells me that people can simply “follow the guidance on the website” to “negotiate with their employers” if there’s any disagreement on that matter. There seems to be a fond fantasy of a world where there’s no such thing as unequal power relations. A world where we haven’t endured 40 years of attacks on workers’ rights, trade unions and social security.

And if the financial pressures on many workers weren’t bad enough, the government has also given employers some handy moral pressure to add into the mix.

The terms “key workers”, “critical workers” and “essential workers” are being thrown around like confetti, workers report – though there’s absolutely no legal basis to use these terms to compel people to come to work. At least no legal basis that the four relevant government department press offices could tell me about when I asked them.

As openDemocracy reported yesterday, this has caused particular anger amongst many such workers. “I do low value personal injury and property damage claims – how could I possibly be an essential worker?! Seems like they are exploiting the system, I am disgusted” was typical of the responses we have seen.

BEIS confirmed that the reference to “key workers” that employers were relying on, was the non-binding, rushed guidance from the Cabinet Office about whose children could keep going to school, and which appears to include the entire financial and telecoms sectors, and many others. Announcing this list as the basis for “key worker” testing, government last week briefed that there were 10 million workers who’d been designated as “essential”, “key workers”, which in reality is between half and a third of all workers.

A BEIS spokesperson told openDemocracy, “I imagine that there will be a number of legal cases when this is all over about whether a job was essential or if it was right for a company to remain open.”

And there’s more to come. Whilst firms have applied to furlough 3.2 million peopleaccording to figures released last week, some employers seem to be interpreting the 3 week minimum as a maximum, and are now demanding workers return.

One accountant told us:

“They have literally given us the minimum three weeks per the government scheme. There was no discussion or consultation. I did express my worries but that was ignored.” She’s since had a text telling her “My furlough is cancelled. I’m expected back in the office next week….”

“I have asthma and have been hospitalised twice in the last few years with pneumonia…If I get any kind of chest or lung infection, I am always very ill. I also have a tremor condition similar to Parkinsons which is made much worse by stress…My bosses [are] ignoring my concerns and health issues, and ignoring the fact I could easily work from home… There’s no company sick pay during the pandemic…I can’t see any way out of it right now…”

Is this what “getting Britain back on her feet” looks like?

Caroline Molloy is co-editor of openDemocracy UK, editor of OurNHS, a journalist and speaker. She has been involved in many community campaigns, including successfully overturning the privatisation of 9 hospitals. Her particular interests include technology, services and the welfare state. 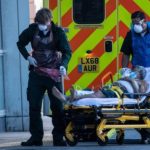 Coronavirus ‘as deadly as Ebola in hospital’Britain, COVID-19 Corona virus 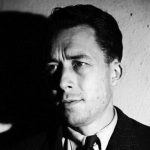