Slavyangrad.org, May 19, 2015, translated from the original in Russian by Gleb Bazov

With the coming of the evening of May 18, the situation in Donetsk sharply escalated. Information from the residents of Donetsk indicates that, as of 20:30, the Ukrainian Armed Forces (“UAF”) was shelling the area of the Donetsk Airport from their positions in Peski (shells were landing in close proximity to the Railroad Depot). 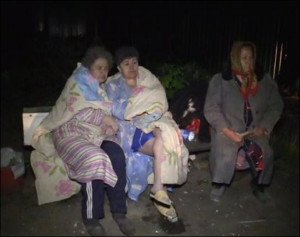 As of 20:47, artillery salvos could be heard throughout Makeevka, in all districts. From the direction of Novobakhmutovka, UAF was conducting artillery shelling of the positions of the Militia (Novorossiya Armed Forces, or “NAF”) around the settlement of Spartak and the district of the First Square.

Reports started coming in about a large number of Ukrainian unmanned aerial vehicles (“UAVs” or drones) in the air above the city and the activation of enemy Saboteur Reconnaissance Groups (“SRG”) on the northern approaches to the city.

At 20:58 Ukrainian forces started the shelling of the area of the Putilovka mine. The Kievsky district has also been hit. Heavy howitzer artillery could be heard. Large shells were incoming with a frequency of 2-3 minutes.

Donetsk faced some of the most massive shelling in a long time since approximately 23:00. The shelling was very audible in the areas of Smolyanochka and Pakhar. Very serious shelling of the Donetsk Airport and the surrounding area came from Opytnoye—the ground shook and window panes vibrated.

The start of shelling came unusually early yesterday, in the two preceding days the bombardments started exactly at midnight. Voroshilovsky, Tekstilshik, Leninsky, Buddenovsky districts, and the rest of Donetsk shook with the blast waves of explosions.

The Nazi’s shelling of the Putilovka mine area continued. In the Leninsky district discharges from responding NAF artillery or mortars could be heard—it had no shaken like that since the winter.

At 23:00, an intensive cannonade began, about 2-3 Ukrainian shells landed every 5 seconds. In the area of the Donetsk Airport very bright flashes could be observed.

In other reports, at least one person (a pensioner) was killed in the Kievsky district of Donetsk by a Ukrainian shell that turned the building to rubble.

Video of the shelling of Donetsk night of May 18 (five minutes): 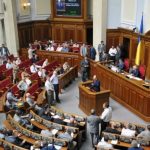