By Dmitriy Rodionov, published on Novorossiya Today, May 20, 2015

I revisited Donetsk on the anniversary of the historic referendum for independence of the Donetsk and Lugansk People’s Republics. The entire city was decorated with thematic billboards and banners. One could see balloons flying in the sky and many tricolor banners in the people’s hands – mostly the Donetsk ones, although Russian as well. The population was celebrating. I did not observe utmost happiness, and it was understandable, as the holiday was still too young. In addition, Victory Day was solemnly celebrated several days ago, having rolled together with the tanks along Artem Street and burst with fireworks at night. People became a little tired of the series of May holidays. Tiredness from unfulfilled hopes was also present. Or, perhaps, not entirely fulfilled hopes?

I recall the events of the last year. Remember, I wrote the essay “The revolution’s shelf-life” back then? The young revolution in the South-East seemed to be a kind of a game then; it had vague perspectives, and the war had already started to spill blood in Slavyansk and Mariupol. Do you remember the beginning of the “Russian spring”? Do you remember several thousands strong crowds on the squares of Donetsk, Kharkov, Odessa? Then, they were inspired by the Crimean example. People thought that the dream they nourished during the years of independence of the state that was alien for them – Ukraine – the dream, which seemed to be elusive, all of a sudden became close to fulfillment.

Truly, the revolution resembled a game back then. At first they played “the capture of the City Administration”, then they roamed from the Administration to the Treasury and back, and the city greeted the rebels with car klaxons. But they still remained a mob of marginal passionarians. Later appeared all those especially punchy for the TV picture faces of young people: miners and beautiful girls in helmets, masked with scarves, barricades around the City Administration and the same passionarians, happily posing for cameras, but ready for a storm and real hostilities at any moment.

Then captures of arms rooms started, and the same passionarians, already named “militiamen”, in assault vests and carrying machine-guns, posed against the background of makeshift, “toy” block-posts made of tyres, concrete blocks and all kind of rubbish picked here and there, which could be easily overrun by any armoured vehicle. The barricades resembled those built in front of the House of Soviets in Moscow 20 years ago.

The revolution took longer than it was planned at first. Creation of a picture with several thousands strong crowd demanding federalization, holding a referendum, display of arms in front of a camera and the readiness to use it – these were the components of the first step only. A state, if it called itself a state, must become a full-fledged state. But back then, in spite of the massacres of May 2 in Odessa and May 9 in Mariupol, in spite of Kharkov People’s Republic being crushed by the Armed Forces of Ukraine, the fact that Slavyansk had already been living in conditions of a full-scale war, there was nothing close to statehood either in Donetsk or Lugansk. Chaos reigned on TV, which was under God knows whose control, the border was controlled by Ukrainian border guards, threatening to cut the self-proclaimed Republics from Russia and strangle them, meetings in favour of “unitary Ukraine” had been held in Donetsk, bodies of Ukrainian state power had been functioning. The state existed onlу in the minds of its supporters.

Probably, everything would have ended with a  big nothing and the statehood of Donetsk and Lugansk would have never been established. It was established by Ukraine itself, having started the war against the enemy, which had not yet existed, having forced it to crystallize.

It is clear now that the indecisiveness of the South-East rebellion’s initiators  was caused by the fact that they awaited for the Crimean scenario to be realized. Obviously, no one knew what should be done, and everyone waited for mother Russia to get involved and fix everything. Nevertheless, something happened, which was not expected either in Kharkov, or in Odessa, or even in Kiev – “the green homunculi” never appeared. Russia clearly feared a full-fledged war. Kiev also was not ready to wage a war at first, but it was forced to it by its overseas masters, which from the very beginning put the stakes on Russia’s involvement.

The new Ukrainian authorities managed to get mobilized quickly enough and decisively crushed the rebellions in Kharkov and Odessa. Why there? Kharkov is the second biggest city in Ukraine, which had been a capital once, and it could become the foothold of Novorossia for the offensive on Ukraine. I do not even mention its industrial significance. Odessa is a city of similar importance – for the South. United Novorossia meant the death of Ukraine.

Everything was different for Donetsk and Lugansk. Firstly, Kharkov and Odessa had in fact gained time for Donetsk and Lugansk, and Kiev authorities got distracted by them. Secondly, we have to remember, that after Maidan in Donetsk, as well as in Kharkov and Odessa and other cities of the South-East (apart from Dnepropetrovsk, to which Kolomoyskoy was sent at once to repress it), the situation of power vacuum existed, in which the most decisively acting force gained power. In Kharkov and Odessa, the nationalists had to resort to violence. In Donetsk and Lugansk, the outcome was determined by defection of several fightworthy power-enforcement units to the side of the populace. This way, putting it crudely, fifty men with machine-guns, ready for any action, decided the fate of the Republics. Kiev had not enough forces for their repression at that moment, and when it had them, it found itself opposed by big units of armed people.

Having started the war against the DPR and LPR, Kiev facilitated their establishment by consolidating their population against it and arming them against its will. All of us remember that “military stores” started to function intensively only in the summer, and at first they supplied Strelkov exclusively. The principal mass of arms was taken from Ukrainian military  – at times bought, at times taken trophy.

As far as the Kremlin is concerned, its policy was never characterized by constituency in the course of the conflict. It seems that Russia needs a federated Ukraine, neutral and yielding to Novorossian influence. It is notable in this context that while the DPR and LPR celebrated their first anniversaries, the heads of the Republics started to talk about the possibility of return to the composition of Ukraine on their own conditions.  Perhaps, Novorossia is a foothold for the eventual  liberation and reformation of Ukraine?

One way or another, today the DPR and LPR are states, and their statehood is being constructed in our sight. Yes, at the moment these states do not control all the territory they claim, but they are states with fully valid state institutions. I have recently observed even road police stopping drivers violating the speed limit with the help of radar. There is a functioning post office in Donetsk, although the communication is possible only between Donetsk and Lugansk, but the fact is telling. The blockade on the part of Ukraine has caused the introduction of a multi-currency system. The hryvnia is  being naturally washed out of currency circulation, as well as Ukrainian goods.

However, the key factor is the change in the mentality of the people. Those who identified themselves as a part of Ukraine have left long ago. As early as one year ago, I paid attention to the cardinal change in the mentality of Donetsk dwellers. I talked to many of them before Maidan, in the course of it, and then afterwards, and if earlier they considered Donbass a part of Ukraine, a specific region with its own lifestyle, calling for a special status, today they realize how much they abhorred Ukrainian nationalism during the entire 23 years of independence, even at the level of mass media, tablets with streets names and road signs…

In my opinion, if a year ago there had been a number of hesitant people, right now they are practically non-existent. Ukraine did everything to be hated here, made everything to facilitate the establishment of Novorossia.

Usually when someone discusses Moldova-Transnistria relationship prospects, they mention the fact that in more than twenty years, a new generation grew up on the left [east] shore of the Dniester [River]. It has never lived in Moldova and did not experience the war, but it clearly identifies itself as Transnistrian and does not know another native land. The process of demarcation will go swifter in Novorossia. The war cannot but facilitate it: the children in Donbass will grow up hating the aggressor. If everything is left in the current “suspended” state, in a year or two, we will be able to talk about the formation of a new political nation.

Strolling along the streets of Donetsk, I can see how much the city has changed. No, I don’t mean destruction. The people have changed. The state is still weak, but it exists, and this is a fact. Only a year ago, Ukraine could change the course of its history, but it chose war. Novorossia can become a grave-digger of this failed state. Certainly, if this is in accordance with Moscow’s will and if the West lets it happen.

Read also:
Donetsk, Luhansk: The ‘People’s Republics’ one year on, Deutsche Welle, May 11, 2015
A year ago, the people of Donetsk and Luhansk in eastern Ukraine voted on independence. Today, approval of the pro-Russian separatists seems to be even greater than before.

View:
Photo gallery by Getty of one-year anniversary celebration of independence votes in Donetsk and Lugansk 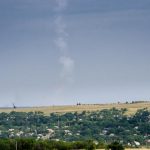 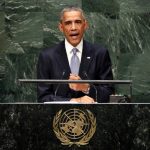