Does Turkey’s plan to resettle millions of refugees in northern Syria make sense? 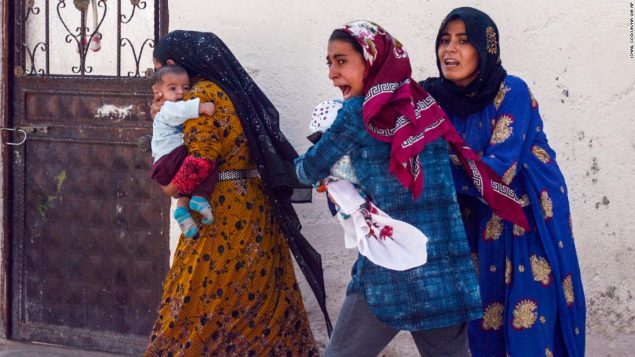 Turkey not only wants to clear northern Syria from the YPG, but also plans to settle up to 3 million refugees in the area: “It is only possible in the event of a large ethnic cleansing”

Turkey not only wants to clear northern Syria from the Kurdish-led Syrian Democratic Forces (SDF) but also plans to resettle up to three million Syrian refugees in the region, as President Recep Tayyip Erdoğan said at the UN General Assembly in late September.

With the US troops in SDF-held areas reportedly began to withdraw after a phone call between Erdoğan and his US counterpart Donald Trump last night, a military offensive by Turkey into northern Syria now seems imminent.

Turkey, which currently hosts about 3.6 million Syrian refugees, plans to resettle one to two million refugees in a 20-kilometer deep “safe zone” in northern Syria and says it can send up to three million refugees if the zone is expanded to the southern parts of the country, including Raqqa and Deir ez-Zor.

Erdoğan previously threatened to send refugees to Europe if a “safe zone” is not established.

Who lives in the area, is there room for three million people? According to Prof. Fabrice Balanche from University Lyon 2, the population of the 20-kilometer deep zone, excluding the city of Qamishli which is held by the Syrian government forces, is around 800 thousand.

Around 650 thousand people of the region are Kurds, and 200 thousand are Arabs who reside mostly around the Tal Abyad city. There are also 10 thousand Christians and 10 to 20 thousand Turkmens.

The area consists of small cities that are not industrialized, Balanche says, adding that even agriculture, the main economic activity, is difficult due to water shortages.

“I don’t see how it is possible to settle two million, even half-a-million people in the area,” says the professor who spent ten years in Syria and Lebanon. “Erdoğan said at the UN that they can settle people in as far as Deir ez-Zor and Raqqa. This is a large area but mostly desert.”

While the proposed safe zone is mostly populated by the Kurds, almost all of the three-and-a-half million Syrian refugees in Turkey are thought to be Arabs, although there is no official statement by the government on their ethnic origins.

“The Kurds are afraid to experience the same thing in Afrin where many Kurds were expelled by the Free Syrian Army and the Turkish Army,” says Balanche.

Turkey captured the Kurdish-majority Afrin from the YPG in early 2018. Rights violations during and after the operation were reported by the UN.

“If there is a reasonable plan for repatriation, it would be making people go back to their own lands. For this, the dynamics of conflict should end,” says Fehim Taştekin, a journalist who has been observing the region for over two decades.

“Resettling the people of Aleppo or Idlib to Hasakah or Kobani will only turn the peoples of the region against each other. Refugees are treated as objects that can be thrown away.”

Erdoğan suggested last month Turkey could build homes with gardens for refugees so that they can farm there. “We would teach them fishing rather than giving them fish,” he said.

“They came from Aleppo, Damascus, Ghouta… They came from rich cities. There are engineers, doctors among them. They lived and worked in the cities. They are not agriculture people, they wouldn’t want to live in the desert,” says Balanche.

Is Turkey aiming to create an ‘Arabic Belt’ against Kurds?

Moving three million people into the mentioned are will no doubt change the demographics there and would mean an “ethnic cleansing” according to both Balanche and Taştekin.

Implementation of Turkey’s plan is only possible if “Erdoğan is to expel the Kurdish population, build new cities without Kurds and create an Arabic belt against them,” says Balanche, adding, “What this means is a large ethnic cleansing in northern Syria and I don’t think the international community would accept that.”

“The real aim here is to form an Arabic belt. A new process will be run where the Kurdish regions and the Kurdish identity will be destroyed. And this is called ethnic cleansing,” says Taştekin. “The land that Turkey eyes on in the east of Euphrates has already owners.” (VK)