Mainstream media in the United States and now in Canada are hosting discussion of whether the candidacy of Donald Trump for leadership of the U.S. Republican Party constitutes the rise of an incipient fascist movement. 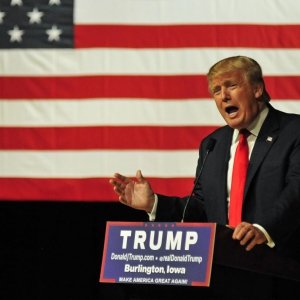 Two people who say that Trump and his following do indeed have many of the hallmarks of fascism are Michael Marrus, Chancellor Rose and Ray Wolfe Professor Emeritus of Holocaust Studies at the University of Toronto, and Jefrey Tucker, Director of Digital Development for the Foundation for Economic Education in the United States. The two appeared on a panel discussion of the subject on CBC Radio One’s The Current on December 1.

Marrus’ wrote a commentary that was published in the Globe and Mail on November 30, titled ‘Is Donald Trump an American fascist?’ In it, he reviews the discussion on the subject that has been taking place in the U.S. and writes:

As Mr. Trump’s rhetoric has become more heated, commentators have been scrambling to the textbooks to note the characteristics of interwar fascism, seeking whether his histrionics match the scholars’ portraits of Hitler, Mussolini, Franco and other famous exemplars…

Fascists generally shared a common core: hyper-nationalism, militarism, xenophobia, a cult of leadership, the projection of energy, a powerful sense of having been victimized by outsiders and a sense of urgency as they championed programs for national reinvigoration…

So, is he or isn’t he?… the answer will depend much more on Mr. Trump’s following – still a minority among registered Republicans – than with the candidate himself.

Jeffrey Tucker wrote a commentary in Newsweek last July, ‘Is Donald Trump a fascist?’ He wrote:

I just heard Trump speak live. The speech lasted an hour, and my jaw was on the floor most of the time. I’ve never before witnessed such a brazen display of nativistic jingoism, along with a complete disregard for economic reality. It was an awesome experience, a perfect repudiation of all good sense and intellectual sobriety.

Yes, he is against the establishment, against existing conventions. It also serves as an important reminder: As bad as the status quo is, things could be worse. Trump is dedicated to taking us there.

His speech was like an interwar séance of once-powerful dictators who inspired multitudes, drove countries into the ground and died grim deaths.

On The Current, the two panelists agreed that Donald Trump should be seen as a spokesperson of a nascent fascist movement. Marrus called Jeffrey Tucker’s Newsweek article “prescient” and said the concerns Tucker voiced are becoming more and more present in academic and political discourse in the United States. (To wit, the neo-conservative Washington Post featured a commentary two days ago by one of its columnists titled ‘Donald Trump is a bigot and a racist‘.)

Marrus argued for caution in assessing Trump politically because, he says, there is no single, common set of attributes common to all fascists. “But there is a common core, and certainly Donald Trump is approaching the filling of those boxes one by one by one. He’s become a lot more radical, a lot more unhinged, many would say. I think the profile is increasingly that of what we saw in the 1920s, 30s and 40s with European fascism.”

“I don’t think America is on the even of a fascist dictatorship. But I do think the elements are increasingly there and are, therefore, a source of increasing alarm.”

Michael Marrus’ latest book, Lessons of the Holocaust, will appear in a few weeks.

Following the broadcast on The Current, this writer sent the following message to the program:

I appreciated Professor Marrus’ insight on today’s broadcast of The Current. I share the view that the Donald Trump phenomenon has the hallmarks of an incipent fascism.

I found it ironic to listen to The Current episode today because of the events in Ukraine during the past two years. There, we have seen a disturbing rise of fascism. It has successfully embedded itself in the governing, policing and military institutions of the country. Yet the CBC and the rest of mainstream media choose to look the other way or, when pressed, to dismiss or downplay the situation. Instead, they ask rhetorically, ‘Yes, but what about Russia’s invasion/occupation of eastern Ukraine?’ or, ‘Yes, but what about Russia’s annexation of Crimea?’

The food-transport and electricity blockades of Crimea which the extreme-right in Ukraine has spearheaded have now been officially endorsed by the governing regime in Kyiv. The CBC reports nary a word on this. The food-transport blockade began on Sept 20 and the electricity blockade began on Nov 21. The latter received a perfunctory mention on CBC news the following day, but there has been no reporting of either blockade since then, including how Kyiv, a NATO partner and wannabe member, has endorsed them.

The CBC mimics the silence of its private sector media cohorts. Earlier this year, both the Toronto Star and the Globe and Mail featured articles promoting ‘SOS Army’ in Ukraine. That is a fundraising project of the warrior battalions of the extreme-right in the country. It is presented as a humanitarian project for medical aid for wounded battalion combatants. Those would be the battalions waging war against the civilian population in eastern Ukraine for the past 18 months. 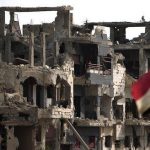 The wishful thinking war: Briefing on Syria to British members of ParliamentMultipolarity 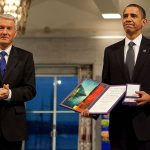