Fact is Russians are Ukrainians are ethnic kin so it seems doubly appropriate they should try to get along. In comes The Kyiv Post to correct that by publishing a guy claiming the Russians are not Slavs.

You all remember Alexei Bayer, right? The “native Muscovite” – which I suppose is technically true although he left the land of his birth while a teenager and moved to the Land Of Opportunity, where he is now an economist living in New York. For an economist, he seems to have an awful lot of free time to write about subjects other than economics, which he does prolifically, for authoritative sources such as The Moscow Times and The Kyiv Post. 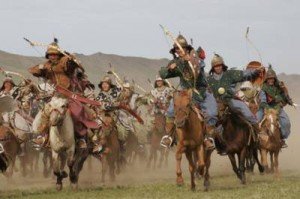 Not content with dominating merely two fields, however, he has recently sundered the surly bonds of academia and branched out into genealogy. Making his DNA debut in The Kyiv Post, Alexei solves the mystery of why the rascally Moskali are so scornful of Ukrainians – the true nobility of Eastern Europe. Hold onto your hats, folks; this is big.

Most Russians are not Slavs at all, but descendants of the Finno-Ugric tribes. Lyosha does not advance that theory himself – relying instead on some “recent study” which he does not cite – but he is happy to pass it along as credible. That’s his job.

He hastens to soothe that it doesn’t really matter where you’re from; bloodlines are not important in people the way they are in horses or dogs, and Russians don’t have to hate on Ukrainians because Russians are not real Slavs and Ukrainians are. They should get with the times and acknowledge that nationality has always been a matter of self-identification. Remember that astonishing statement, because you’ll be hearing it again.

First, though, let’s put that startling discovery on hold for a moment, and go back to the beginning; where is Lyosha getting his core tenet – that Russians exhibit “disdain” for Ukrainians? Since, as best I can make out, the situation is completely reversed?

“Remember, you’re Olenka; if you want to be called Alyona, you have to pack your bags and go to Moscow” exhorts west-Ukrainian mental patient Irina Farion, guardian of the purity of the Ukrainian language, speaking to a child in nursery school who looks to be about four years old. The former member of the Soviet Communist Party and one-time member of the Ukrainian Parliament (from Lviv Oblast, ground zero for Russian hatred and Bandera worship in Ukraine) found her groove as a disciple of Nazi enabler Stepan Bandera and a hater of everything Russian. Responding to a report of arrested protesters in Kharkiv, in eastern Ukraine, Farion said, “I would act much tougher; I would just shoot them. The enemy reigns in our land. These parasites deserve only one thing – death”.  Hear that, Alexei – or should I call you “Oleksandr”? That means you, too. Now might be a good time for you to exercise that self-identification you spoke of, and declare yourself Ukrainian born. Lucky for you the wheels are coming off her wagon and she now sees little Kremlin agents snorkeling in her soup.

Meanwhile, social change was proceeding apace on its own before nutjobs decided to hijack the language issue and ride it into battle. In 1990-91, 48% of schoolchildren nationwide were receiving instruction in the Ukrainian language.  A decade later the percentage was 73.5%.

Fellow Ukrainian government psycopath Arsen Avakov said on television that Kiev should have bombed the  Regional Administration Building in Donetsk when protesters seized it. Nobody from the west said, “Shut your mouth, Avakov, protesters have every right to be there”, the way they did during the Glorious Maidan, when Angela Merkel moaned that protesters must be granted a warm room in which they could wind down from the chilly excitement of protesting (thus excusing their occupation of government buildings where they did thousands of dollars worth of damage), and to use as their “logistical base” from which to plan their next move. See how it works? When it’s a group of hairbags who have the west’s backing because what they want to do serves western interests, the crying towel comes out. When that’s not the case, the state is perfectly within its right to suppress dissent.

Where was all that flannel about self-identification, Lyosha, when the people of the eastern Ukraine identified themselves as a distinct society that would not be subject to Kiev’s orders, and would use its language of choice to the extent it chose, although it wished to remain an autonomous republic of Ukraine?

In the world of hate-twisted western bootlicker and useless popinjay Arseniy Yatsenyuk, the U.S. State Department’s hand-picked Prime Minister of Ukraine, it was the USSR that invaded peaceful Nazi Germany. You can only imagine the  collective gasp from the world if Vladimir Putin had so blithely rewritten history on international television. After Yatsenyuk’s reversal of history everyone knows to be correct…crickets.

And Russia’s reaction? Mild official complaints, and an offer to extend Ukraine’s gas discount for an additional three months, to a country which publicly and regularly vilifies Russia, screams that it is being cheated and refuses to pay its debts. In fact, Lyosha, I challenge you publicly – come on this forum and provide examples of Russia’s “disdain for Ukraine”. Don’t even bother to try on that “Putin said Ukraine is not even a real country”, either, because he didn’t ever say that and the only evidence you will find is westerners who claim to have heard him say it, just like that lying Polish sausage Radek Sikorski said Putin offered to split Ukraine with Poland. “Russia’s attitude to Ukraine and things Ukrainian reflects deeply ingrained imperial complexes, revealing that, while the Soviet Empire collapsed in 1991, the Russian Empire still lingers in the minds of the citizens of the Russian Federation”. That so, Alexei? Explain how, and give examples.

In fact, it is NATO that continued in decades past to aggressively expand its empire, and shouted its right to push right up against the face of Russia itself.

Back to Alexei’s startling discovery that Russians are mostly not even Slavs, which makes ridiculous the notion that Russians and Ukrainians could be “brother Slavs”.

Both “modern Russian” and Ukrainian, as well as Byelorussian, are descended from Common Slavonic or Proto-Slavonic, a language that is itself descended from Indo-European, and which was developed and spoken by the Slavic tribes after their separation from the Indo-European tribes. The three languages mentioned at the beginning of the paragraph originated as mutually intelligible dialectal forms, and remain so. Common Slavonic is also referred to as “Old Russian”. From this language there was a further split, into modern Russian, Ukrainian and Byelorussian, spoken by the group identified as Eastern Slavs. Although written Ukrainian emerged in 988, it was not recognized as a language until 1906. Byelorussian was not recognized as a distinct language until after the Russian revolution of 1917.

Every modern study places the Russian and Ukrainian people among the East Slavs, along with the Byelorussians, as reflected in the common root of their present languages. The Finno-Ugric natives in Russia were already there, and were either pushed out or assimilated by the Russian expansion. Doubtless some common roots remain – examples are the present-day Yakut and Udmurt people, although of those only the Udmurt are of Finno-Ugric descent. The Udmurt number only about 1.5 million in a nation of 144 million. Alexei Bayer is full of shit. I would be remiss if I did not point out that the Udmurt in Russia have their own Republic, flag, anthem and coat of arms within Russia.

“Vladimir Putin recently declared that Ukrainians and Russians are ‘one folk’ – meaning, of course, that Ukrainians are Russian. An extraordinary number of his countrymen share this belief. Imagine a prime minister of the United Kingdom insisting that Americans are not a nation but merely Brits with funny accents.” Increasingly bizarre extrapolations from this serial prevaricator. The painstaking research of hundreds of academics suggests if not proves that Russians and Ukrainians are indeed “one folk” – the suggestion that this means Ukrainians are Russians was never offered by Putin, and you can thank Bayer and Bayer alone, the economist/writer/geneticist, for the spurious interpretation. Putin likewise did not ever say that Ukraine was not a nation, and this is merely more of Bayer’s barefaced lying.

Everyone knows who the native Americans are, and there are damned few of them left. He could have picked a better example, considering Russia mostly assimilated the native populations of lands which currently form the Russian Federation, and many still retain their language and elements of their culture. Can one say the same of the Comanche, Apache, Pawnee and Blackfoot tribes?

Winding up this broadside of bullshit, following a brief discourse on “what actually matters in the modern world” according to Alexei the Globetrotting Philosopher, is his hallmark hypothesis that “The Russian Empire is in its death throes”. Bla, bla, bla, how many times have we heard this? Alexei Bayer has been forecasting the “death of the Russian Empire”, whatever that is, for almost 10 years now. Just as well Jimi Hendrix didn’t spend so long in his death throes – he might have lived to write disco.

This specious flattery of the Ukrainians at the expense of the Russians is all of a piece with the Western effort to drive a wedge of hate between Russians and Ukrainians that can never be removed. If it continues, the west may well end up with nothing but a tiny piece of what was once Ukraine, populated by Nazi-worshipers with a sense of entitlement the size of the Dubai Shopping Mall, who will expect to be given everything for free in exchange for their steadfast clinging to a fanatic’s ideology. It would be well to remember this sentiment is not shared at the state level by any Russians, nor by most Ukrainians. It is a narrow and western-driven viewpoint that, as usual, serves western foreign policy interests. On the one side, centuries of academic research demonstrating our very best conclusions as questing, curious knowledge seekers that Ukrainians and Russians descend from the same ethnic group, and that origin is neither Ukrainian or Russian. On the other, Alexei Bayer with his oleaginous tapestry of twaddle, the Ukrainian junta of fascists, oligarchs and strategically-injected foreigners, and the western political and business lobby.

You pays your money, and you takes your chances.

Mark Chapman writes a popular blog about Russian politics, which is critical of the anti-Russian bias in the western media. He lives in British Columbia, Canada. 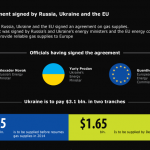 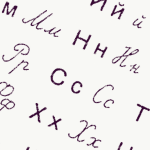 The Russian and Ukrainian languages in historyBackground, Russia, Ukraine, Ukraine language and nation