Disease as a Weapon: Has the US Blocked Vaccines For Venezuela? 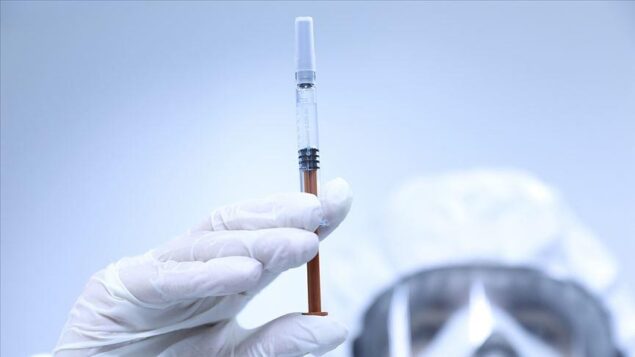 According to the UN Secretary General Antonio Guterres 75% of vaccines distributed since Feb. 2021 went to the 10 richest countries of the world. At the G7 sorority meeting last week the leaders pledged to “share” up to 2 billion doses of their “surplus” vaccines.

According to the UN Secretary General Antonio Guterres 75% of vaccines distributed since Feb. 2021 went to the 10 richest countries of the world. At the G7 sorority meeting last week the leaders pledged to “share” up to 2 billion doses of their “surplus” vaccines. The WHO has declared it is not enough since 11 billion doses are needed.[1] World Vision fears it is too little, too late.[2]

Biden promises only half a million doses, but none for Venezuela.[3] Not only that, but the USA is actively engaged in stopping vaccines reaching the country. If this is not a crime against humanity, then nothing is.

The USA has tried to overthrow the government of President Nicolas Maduro with coup d’etats, cyber-attacks, infrastructure sabotage, assassination attempts, fake “humanitarian” invasion, military invasion by paramilitaries and mercenaries, currency manipulation, financing violent urban gangs, and a vile media campaign of defamation.  Now, amid a pandemic the USA is not hesitant to use disease as a weapon. It has pressured the UN COVAX program whose sole mission is to give access to vaccines to low- and middle-income countries, not to allow vaccines to reach Venezuela. The USA has blocked four outstanding money transfer from Venezuela to COVAX amounting to $10 million outstanding to complete Venezuela’s $120 million payment for 11 million vaccine doses. This despicable interference has been confirmed by COVAX itself and the Pan-American Health Organization.[4]

President Nicolas Maduro calls this robbery. The Swiss bank UBS shamelessly alleges it is following legal and regulatory requirements which is a travesty and a lie as the US so-called sanctions are illegal, unilateral, and coercive and have not one basis in international law. But then Swiss banks have no qualms in accepting money laundering, money from criminals, mafiosi and narcotraffickers, but dutifully follow USA hateful measures against a country that only seeks to buy vaccines in the middle of a devastating world pandemic.

So, while the “leaders” have their BBQ and pose for photos in picturesque Cornwall, as they vent their spleen on China and Russia they are only posturing about how they are leading the world, while real events have passed them by.

Russia and China outshine them all in international, human, solidarity. From the very start of the pandemic Russia and China have been sharing medicines, masks, oxygen, medical equipment and now vaccines, with the poorer nations. Rusia y China have donated millions of vaccines to the most needy countries. Of the 250 million doses produced by China, almos half (118 million) have gone to 49 countries. Russia has donated to 22 countries: Italy, Serbia, China, Iran, North Korea, former Soviet Union nations and of course, Venezuela. And it is helping South Africa produce the Sputnik V. Contrast this with the USA where of the 164 milllion doses produced only 4 million have been offered to Mexico, and these are surplus, which the USA does not need. [5]

History already has in its stocks these G7 men and women for failure to lead. They  should open their eyes to see the writing on the wall: they have been found wanting. They want to act now as Lady Bountiful, giving alms to the poor when what they should be doing is foregoing patents – euphemistically called intellectual property rights- and helping countries so that they themselves can produce vaccines. But that would take away from their big humanitarian show of their supposed generosity.

Besieged Venezuela cannot buy or sell in the international market. Its assets in 33 international banks have been taken away from them, its oil company CITGO has been robbed by the USA, its gold deposits in the UK have been illegally seized, it cannot even sell its own oil. The economic crisis has no parallels, and it has been caused not by socialism but by US financial and economic sanctions and currency manipulation – which has been openly admitted by US Senator Murphy [6] and, also by the New York Times. [7]

In the midst of this economic crisis and now a health pandemic where has help come from? Russia, China, and Cuba. Already 2,730,000 doses of vaccines have arrived in Venezuela in 9 shipments: 7 from Russia and 2 from China. In a few weeks Venezuela is expecting 900,000 doses from Russia and 1.3 million from China. And when the pandemic started, these countries gave Venezuela all sorts of medicines and equipment that were needed. Iran also has helped with food and especially with sorely needed gasoline.

But, the best of all is that these truly humanitarian countries are going to help Venezuela produce its own vaccines. Venezuela has just signed a contract with the Russian firm GeoPharm to produce 10 million doses of the EpiVacCorona vaccines, which is the second Russian vaccine after Sputnik V. Furthermore, Venezuela will also produce the Cuban vaccine, Abdala in a laboratory already designated in Caracas.

There are 77 vaccination stations in all the country, and there has been a very high level of participation in the process of vaccination. Nearly 11% of the Venezuelan population has been vaccinated with the first shot, with the Sputnik V vaccine of Russia and the VeroCell vaccine of China.

It had been expected that in July and August COVAX would send vaccines. Venezuela has already paid most of the $64 million needed for 11 million doses which would cover a further 20% of the country’s population. However, the $10 million that was the last amount owing is now suspended by the Swiss bank UBS on orders of the USA. With the COVAX vaccines Venezuela has been expecting to have 70% of its population fully vaccinated.

But Venezuela is something unusual as it has one of the lowest covid statistics in the region.  International statistics of 15 June 2021 from Worldometer indicate that Venezuela, with a population of 28.5 million, has had:

The number of cases in the countries of the region are in the millions and the number of deaths per million is even more appalling:

If the Venezuelan economy is in such a deplorable situation, having lost 90% of its government revenue from oil, how can it have such enviable statistics in comparison with all the surrounding neighboring countries? How has this happened in a country that has been blocked from buying any medicines or medical equipment in the international market? How can there have been so few cases and deaths in Venezuela, dramatically less than the neighbouring countries

This data indicates that the preventative measures taken to safeguard the Venezuelan population appear to have had very good results, despite the economic blockade the USA, Canada and the EU have illegally inflicted on Venezuela and despite not having enough vaccines. It corroborates the knowledge that it is important, necessary but not sufficient just to have medical services and equipment.

Research shows in a consistent manner that the health of a population is based on the organization of its society, how resources are distributed and the support and care collectively available. These key factors are called the social determinants of health and include not only specific health and medical services, but also food security, education and literacy, housing, income, a social safety net and community backing, and elimination of social exclusion and inequality and sense of social belonging.

During the last 21 years, the social transformation that Venezuela has undergone with the Bolivarian Revolution, has acted most concertedly precisely upon these social determinants of the broad health of its population. It has not entirely reached its goals, it has had serious setbacks, some due to the enormous tasks. involved in transforming a country that had been left in economic and political ruin by elites that used its immense oil wealth for their exclusive benefit leaving the overwhelming majority of the people in poverty. But added to that tremendous challenge, the Bolivarian governments of Chávez and Maduro have had to continuously defend itself from the economic and political aggression of the mightiest empire on the globe, the USA, Canada, and its other allies. The external aggression has been helped with the undermining from within of an elitist, supremacist, anti-democratic wealthy elite that allies itself with the country’s enemies hoping that they will return them to power.

Venezuela has been able to cope with the pandemic better than the neighboring countries that follow a market-centred economy, for many reasons:

+ It has a cohesive government that has centralized the campaign against covid-19, following the best advice of its medical and epidemiology experts.

+ It has promoted the cooperation with all jurisdictions: governors, mayors, municipal councils;

+ It has developed during two decades a fully accessible, holistic, public health system from neighborhood and village clinics to secondary and tertiary hospitals which are all fully publicly funded.

+ It has obtained the cooperation of private clinics with public hospitals – which in a polarized political milieu has been a real boon for the population.

+ It has shared the medicines and medical equipment it has been able to obtain with patients in private care: all covid medicines are free to the individual.

+ The public health campaign to teach the population about covid-19 and how to protect themselves has been relentless by schools, all government entities, TV and radio, the military, police and firemen.

+ The 7×7 system of lockdown has proved to be working: seven days of total lockdown is followed by 7 days of lesser restrictions, but all the while maintaining social distancing and masks.

+ Streets and public buildings and regularly cleaned and disinfected; international visitors at airports and point of entry along the borders are all checked, and quarantined. There is follow up and tracing of all covid patients.

+ It has promoted agriculture and invested heavily in food security.

+ The government has been able to carry out these functions because of the admirable dedication and work of volunteers and grassroots organizations.

Yet all this work does not erase the fact that the illegal sanctions of the USA and its allies means that diabetic Venezuelans can’t get insulin, those with glaucoma cannot get essential eyedrops, those with AIDS cannot get anti-viral medicines,  many operations are impossible without the medicines needed.  Because of the lack of medicines, UN Human Rights expert Dr. Alfred De Zayas has stated that more than 100,000 Venezuelan have died directly due to the US illegal sanctions.[8]

Biden, who presents himself as a democrat and a Catholic, has, like his predecessor, Venezuelan blood on his hands, as he follows the same murderous aggression against a country that has done no wrong to the United States or its people.

[3] Biden Says “No Strings Attached” to Vaccine Donations, But Venezuela Is Blocked from Getting Any”, Democracy Now, 11 June 2021

[6] “US-Venezuela Policy has been an unmitigated disaster”, https://www.murphy.senate.gov/newsroom/press-releases/murphy-us-venezuela-policy-has-been-an-unmitigated-disaster-we-played-all-our-cards-on-day-one-and-its-been-an-embarrassment-ever-since, 4 August 2020