Did the Chinese government deliberately export COVID-19 to the rest of the world? 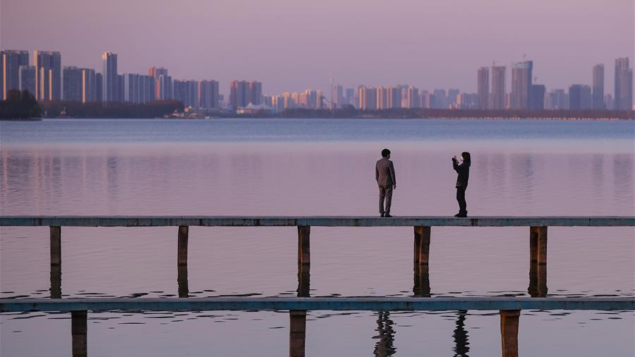 Allegations fuel the demonization of the Chinese political system at a time when we need a collaboration between China and the rest of the world to deal with the pandemic.

U.S. President Donald Trump told a news briefing on April 18 that Beijing should face consequences if it was “knowingly responsible” for the coronavirus pandemic. Where do such allegations come from? Surprisingly, it’s not just from the fertile minds of obscure conspiracy theorists or Hollywood screenwriters.

Such claims are also published in mainstream media organizations. Niall Ferguson is a leading historian and intellectual. I had great respect for his scholarship. So it came as a big surprise when he wrote a column for the Sunday Times (London) on April 5 titled “Let’s Zoom Xi Jinping. He has questions to answer about coronavirus.”

The local government did make mistakes at the start of the coronavirus crisis and Ferguson asks some legitimate questions. I’ve made similar points in two comments that harshly criticized Chinese authorities.

The force of his question rests on the factual assumption that China allowed flights from Wuhan to the rest of the world but not to the rest of China after January 23. But is it a fact?

To support the allegation, Ferguson added, “January is always a peak month for travel from China to Europe and America because of the lunar new year holiday. As far as I can tell from the available records, however, regular direct flights from Wuhan continued to run to London, Paris, Rome, New York and San Francisco throughout January and in some cases into February.”

Not surprisingly, Ferguson’s article generated huge interest around the world. In the United States, it was tweeted by both prominent liberals and conservatives. Canada’s leading newspaper, the Globe and Mail, published a shortened version of the comment.  Websites from the Arab world and Africa publicized Ferguson’s allegation about allowing regular flights out of Wuhan to the rest of the world after they had been cut off inside China.

Puzzled, I decided to ask Ferguson himself if the allegation is true (I’m motivated by personal curiosity and the concern for truth, and I’m not acting with or on behalf of anybody else). I’ve been naive about Chinese politics in the past, and perhaps I was being naive again. So I sent him a polite email, asking if he has any evidence to support the claim that regular flights continued from Wuhan to the rest of the world continued after January 23.

Ferguson replied, “I can assure you I wouldn’t write a sentence like that if I had not researched it rather thoroughly.” To support his claim, he sent me several pieces of evidence. 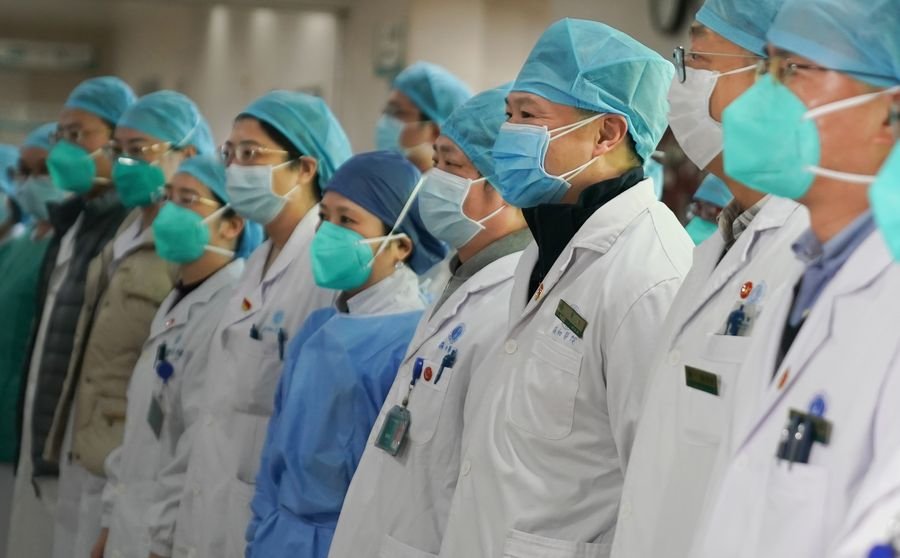 Medical staff of the Union Hospital affiliated to Tongji Medical College of Huazhong University of Science and Technology at a ceremony to form an “assault team” in the fight against COVID-19 in Wuhan, Hubei Province, January 22, 2019. /Xinhua

But the sources he sent did not support the allegation that there were regular commercial flights from Wuhan to the U.S. and Europe after January 23 and “in some cases into February.” Ferguson sent me a link to this New York Times story. Surprisingly, this article includes one sentence that suggests the opposite of what Ferguson claims: “Scott Liu, 56, a Wuhan native and a textile importer who lives in New York, caught the last commercial flight, on January 22.”

Ferguson also sent a link to a Nikkei article. This article mentions that group travel continued out of China until January 27 but it does not say anything about planes leaving from Wuhan to cities outside of China after January 23.

Professor Ferguson sent me two FlightStats records of flights from Wuhan in January or February. The FlightStats records seem to show that 31 flights left from Wuhan to cities in the U.S. and Europe on or after January 23. But those same records show that the “est. runway departure” and “actual runway departure” in Wuhan is blank for all the flights that left for other cities after the one that left Wuhan for Paris at 11:26 am on January 23. And 26 out of 31 flights listed after January 23 are in red color.

So I did a search on a Chinese language application called Umetrip, provided by CAACNEWS. I checked all the flights listed on the spreadsheet Professor Ferguson sent me. It turns out that none of the flights that supposedly left from Wuhan after 11:26 am on January 23 actually left from Wuhan. The flights listed as red on Ferguson’s spreadsheet were cancelled. The six listed as black left from Guangzhou and in normal times would do a stopover in Wuhan on the way to SFO but the stopover was cancelled. The app shows the actual flight paths of those flights as direct from Guangzhou, bypassing Wuhan.

In short, the “available records” provided by Professor Ferguson do not show that “regular direct flights from Wuhan continued to run to London, Paris, Rome, New York and San Francisco throughout January and in some cases into February.” The records show that flights out of Wuhan to the rest of the world stopped around mid-day on January 23, the same day China stopped flights from Wuhan to the rest of China.

In subsequent email communication, however, Professor Ferguson added a new point not mentioned in his original article. He claimed that flights from Wuhan landed in Moscow on January 26, 29 and 31, and February 2 and 5.

In fact, there is no such evidence. On FlightStats provided by Professor Ferguson, the records show that the “est. runway departure” and “actual runway departure” in Wuhan is blank for all the flights that left for other cities after one that left Wuhan for Paris at 11:26 am on January 23, including the five flights to Moscow.

Ferguson continues to support his allegation even after I pointed out that the evidence he provided does not support it. That’s worrisome. Conspiracy theorizing of this sort deflects attention from what actually went wrong. And it fuels the demonization of the Chinese political system at a time when we need a collaboration between China and the rest of the world to deal with the pandemic.

Given that he has changed his mind in response to the evidence (only in response to a public challenge and without openly admitting that he has changed his mind), I am happy to retract the implication that he is a conspiracy theorist. It seems he was guilty of sloppy scholarship. As mentioned, none of the “evidence” he sent me supported his allegation. The articles he sent did not support the allegation and the FlightStats records explicitly show that the “est. runway departure” and “actual runway departure” in Wuhan is blank for all the flights that left to other cities after January 23.

I’d like to note that I have no personal animus against Professor Ferguson. Quite the opposite. I like him as a person. My initial email was a polite query and to be frank, I expected him to provide the evidence that supported his case because I respected his scholarship. The evidence did not support his case and he could have sent a polite reply admitting his mistake. I would then have buried the issue. It won’t be the first time academics make mistakes. But he chose to stubbornly stick to his case and in his last email he even had the chutzpah to say that I owed him an apology. Given that his allegation was widely shared and republished and real conspiracy theorists were using the “fake news” that planes flew out of Wuhan to the rest of the world even after they were cut off from China, I felt a need to go public. (Note: I wrote to the Sunday Times of London which published his original column asking for a correction but they have not replied; it seems their fact checkers went to sleep and they may be too embarrassed to admit it.)

Professor Ferguson’s response has more errors. He claims I’m “an American political scientist.” In fact, I’m a Canadian citizen and my discipline is political theory.

His response goes on to summarize my book “The China Model: Political Meritocracy and the Limits of Democracy” published by Princeton University Press in 2015.  His one paragraph “summary” gives a highly misleading impression of the main argument. The reader may get the impression I’m an apologist for the political system in China. In fact, my main argument is that the ideal of vertical democratic meritocracy is appropriate to assess China’s political progress and regress, that there is a large gap between the ideal and the reality, and my book proposes ways of closing, or minimizing that gap. I defend the ideal rather than the reality.

Finally, Professor Ferguson claims the aforementioned is my “most recent book.” In fact, my most recent book, co-authored with Wang Pei, is titled “Just Hierarchy: Why Social Hierarchy Matters in China and the Rest of the World” and was published by Princeton University Press earlier this year. Ironically, I referred to Professor Ferguson’s own work on hierarchy in my book on the topic. Now that I realize we adhere to different standards of scholarship, I will hesitate to refer to his work in the future.

Daniel Bell is dean of the School of Political Science and Public Administration, Shandong University. The article reflects the author’s opinions, not necessarily the views of CGTN.