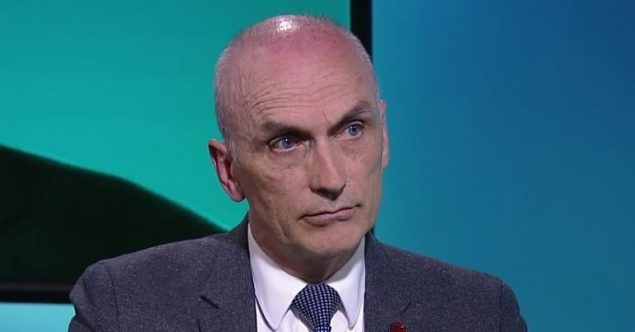 Although the High Court has judged that the Labour Party acted unlawfully in re-suspending Chris Williamson on 28 June, the media and the PLP are spinning their own gamesmanship as victory.

From The Reader App,

Thread by @DerbyChrisW: “The battle is won. The war rages on. The High Court has today judged that the Labour Party acted unlawfully in re-suspending me on 28 June, […]”

The battle is won. The war rages on.

The High Court has today judged that the Labour Party acted unlawfully in re-suspending me on 28 June, and “that there was no proper reason” for doing so.

I’m glad the ‘re-suspension’ has been quashed. However, I’m currently suspended. 1/8

It’s clear that my ‘re-suspension’ was motivated by media hysteria. The judge said: “it is not … difficult to infer that the true reason for the decision in this case was that [NEC] members … were influenced by the ferocity of the outcry following the June decision.” 2/8

In fact, the party’s decision was so unfair as to be unlawful. And that’s why my ‘re-suspension’ has been quashed, and all of the allegations presented in that suspension can no longer be pursued against me. 3/8

Yet a week prior to my court hearing – using every loophole in the book – the party bureaucracy issued me with a new suspension. based on a series of preposterous allegations that I answered fully and swiftly.

Due to this, despite winning today, the latest suspension stands. 4/8

I know this will be a bitter disappointment to everyone who has supported me in this case. I’m outraged that membership subscriptions given by our loyal activists have been used to pay legal fees. I’m outraged that I’ve had to resort to legal means to achieve justice. 5/8

This is a damning indictment of our party’s internal disciplinary procedures, which require a total overhaul – towards a fairer, more independent and more democratic system. My suspension must now be lifted. 6/8

I will be focussing my energies, as we all should, on winning the next election. Because a Jeremy Corbyn-led Labour government could transform the lives of millions, by bringing about an irreversible shift in the balance of wealth power and income in our country. 7/8

I would like to express my thanks and appreciation to my family, my supporters and everyone who generously donated to my crowdfunder. Without you, this victory today wouldn’t have been possible.

You are the living proof that ‘unity is strength’. 8/8

Unless you’ve been paying close attention, it’s probably hard to keep up with just how many times Chris Williamson MP has been suspended from the Labour Party. For those of you keeping score, it’s three times. That number likely surprises some of you, but we’ll get to that.

FEBRUARY 2019 – A video emerges of Chris Williamson speaking at an event for Momentum in Sheffield (above). In the video Williamson claims that Labour have been “too apologetic” in dealing with accusations of antisemitism, and that they should stand up for their record as an anti-racist party.

The press portrayed this very dishonestly – and still do to this day – summing it up as “Williamson claimed Labour too apologetic over antisemitism”. He is suspended before the end of the month, pending an investigation.

26th JUNE 2019 – Four months later Williamson is re-instated. This caused much outrage in both the press and PLP.

A list of very predictable names wrote articles about it.

The decision of the disciplinary panel was overturned, a second panel claiming the decision to reinstate Williamson “cannot safely stand”. (They never explain what, if anything, that actually means).

8th JULY 2019 – The Guardian publishes an open letter signed by, among others, Noam Chomsky and Norman Finklestein, defending Williamson against charges of racism, and claiming the accusations were “politically motivated”.

9th JULY 2019 – The Guardian takes the letter down, with no explanation. The Huffington Post wrote a piece defending the decision. OffGuardian republished the letter in full.

14th AUGUST 2019 – Williamson, following a crowd-funding campaign, announces he is taking the Labour Party to court. He claims they violated their rules when they “re-suspended” him without a hearing or explanation.

Why did they do this seemingly pointless thing? Well, they argue, it’s because Williamson had:

Williamson, and his legal team, argued it was more cynical than that – That Labour had added a further suspension because they knew they were about to lose in court.

An argument that gained some strong circumstantial evidence when…

Having communicated the panel’s decision as final, the Labour Party acted unfairly in that there was no proper reason for reopening the case against Mr Williamson and referring the original allegations to the (national constitutional committee)….the Labour Party is no longer able lawfully to pursue the original disciplinary case against Mr Williamson.”

However, the Labour party had issued its “double suspension” on unrelated matters, and on that front the Judge ruled:

nothing in the new allegations, the timing of the letter of September 3 or the decision to suspend that entitles me to take the view upon the papers that the Labour Party is acting either unfairly or other than in good faith.”

So, to sum up, the sneaky workaround was highly effective.

Chris Williamson is still suspended from the Labour Party, despite a court ruling that the NEC had acted “unfairly” and “unlawfully”, the PLP still get exactly what they wanted.

This has allowed every mainstream publication to run this headline:

The BBC, The Guardian, The Jewish Chronicle, The Evening Standard, The Daily Mail…they all take the same dishonest angle. Only a couple of them even mention the first finding.

All of them running the same dishonest headline, saved from outright deception by a tiny kernel of manipulated, contrived and contextless “truth”.

Don’t let the media fool you. Chris Williamson got a big win in the High Court today.

After being suspended not once but twice from the Labour Party, Chris Williamson has had his day in court. And the anti-apartheid MP was vindicated, as the judge ruled the party’s initial re-suspension of the MP was unlawful.

That’s not, however, the way the mainstream press is making it sound.

The party first suspended Williamson in February, over comments he made about its handling of complaints about alleged antisemitism. The party readmitted the MP on 26 June after he submitted evidence to the National Executive Committee (NEC). Then followed a furious backlash from some Labour MPs, and the party removed the whip from him again on 28 June. Another suspension came on 3 September, over separate claims of misconduct.

Williamson took action in the courts against his suspension. And on 10 October, the verdict came in:

The battle is won. The war rages on.

The High Court has today judged that the Labour Party acted unlawfully in re-suspending me on 28 June, and "that there was no proper reason" for doing so.

I'm glad the 're-suspension' has been quashed. However, I'm currently suspended. 1/8

The judge didn’t consider the party to be acting “unfairly or other than in good faith” in regards to the September suspension and thus ‘refused relief’, saying:

The new disciplinary case must run its course.

So Williamson remains suspended from the party due to those allegations. But the judge did find the two previous suspensions to be unfair – humiliatingly so for the Labour Party.

Williamson has responded to the judgement. In a statement, he said:

Today, Mr Justice Pepperall has handed down his judgment relating to my illegitimate re-suspension from the Labour Party on June 28th, and it is a clear victory for justice and due process.

I never wanted to take legal action against my own party.

I’ve been a proud and loyal Labour Party member for nearly 44 years. However, today’s judgment has proven that the party’s disciplinary processes are unfair, unfit for purpose, and subject to external manipulation by forces hostile to Jeremy Corbyn’s leadership.

In fact, the party’s decision was so unfair as to be unlawful. And that’s why that suspension has been quashed, and all of the allegations presented in that suspension can no longer be pursued against me.

Williamson also had some choice words for the Labour Party “bureaucracy”:

The party bureaucracy has gone out of its way to pander to those who would be glad to see Labour’s demise.

As a consequence, they have victimised hundreds of lifelong members – loyal supporters of Jeremy Corbyn and his leadership. And they have suspended and expelled many without due process.

It is untenable for the Labour Party bureaucracy to shroud itself in the anti-racist credentials that some of us earned on the streets, while it systematically expels and suspends the most consistent and credible anti-racist activists from this party.

On the September suspension, Williamson said:

A week prior to my court hearing, using every loophole in the book, the party bureaucracy issued me with a new suspension, based on a series of preposterous allegations that I answered fully and swiftly.

It is because of this that, despite winning today, I am currently suspended from the Labour Party.

The MP called for his suspension to “be lifted”, but said:

I will be focussing my energies, as we all should, on winning the next election. Because a Jeremy Corbyn-led Labour government could transform the lives of millions, by bringing about an irreversible shift in the balance of wealth power and income in our country.

During the course of these suspensions, Williamson has received support from many quarters. In July, a poll by LabourList found overwhelming support among the party’s grassroots for his reinstatement. That same month, over 100 members of the Jewish community, including Noam Chomsky and Norman Finkelstein, signed a letter of support for Williamson. In that letter, they addressed the reason for Labour’s initial suspension of the MP, writing:

Chris Williamson did not say that the party had been “too apologetic about antisemitism”, as has been widely misreported. He correctly stated that the Labour party has done more than any other party to combat the scourge of antisemitism and that, therefore, its stance should be less apologetic. Such attacks on Jeremy Corbyn’s supporters aim to undermine not only the Labour party’s leadership but also all pro-Palestinian members.

In his statement, Williamson thanked such supporters, saying:

You are the living proof that ‘unity is strength’. With solidarity, we shall overcome. Thank you.

With that solidarity, Williamson has certainly overcome numerous attacks on him in this High Court judgement; even though Britain’s media is describing it as a loss. 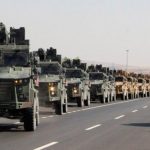 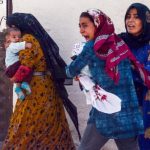