Why liberal conspiracy theories are flourishing in the age of Trump. 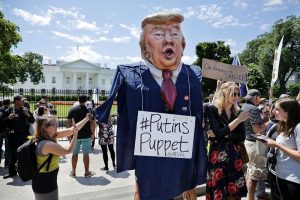 President Donald Trump is about to resign as a result of the Russia scandal. Bernie Sanders and Sean Hannity are Russian agents. The Russians have paid off House Oversight Chair Jason Chaffetz to the tune of $10 million, using Trump as a go-between. Paul Ryan is a traitor for refusing to investigate Trump’s Russia ties. Libertarian heroine Ayn Rand was a secret Russian agent charged with discrediting the American conservative movement.

These are all claims you can find made on a new and growing sector of the internet that functions as a fake news bubble for liberals, something I’ve dubbed the Russiasphere. The mirror image of Breitbart and InfoWars on the right, it focuses nearly exclusively on real and imagined connections between Trump and Russia. The tone is breathless: full of unnamed intelligence sources, certainty that Trump will soon be imprisoned, and fever dream factual assertions that no reputable media outlet has managed to confirm.

Twitter is the Russiasphere’s native habitat. Louise Mensch, a former right-wing British parliamentarian and romance novelist, spreads the newest, punchiest, and often most unfounded Russia gossip to her 283,000 followers on Twitter. Mensch is backed up by a handful of allies, including former NSA spook John Schindler (226,000 followers) and DC-area photographer Claude Taylor (159,000 followers).

There’s also a handful of websites, like Palmer Report, that seem devoted nearly exclusively to spreading bizarre assertions like the theory that Ryan and Sen. Majority Leader Mitch McConnell funneled Russian money to Trump — a story that spread widely among the site’s 70,000 Facebook fans.

Beyond the numbers, the unfounded left-wing claims, like those on the right, are already seeping into the mainstream discourse. In March, the New York Times published an op-ed by Mensch instructing members of Congress as to how they should proceed with the Russia investigation (“I have some relevant experience,” she wrote). Two months prior to that, Mensch had penned a lengthy letter to Vladimir Putin titled “Dear Mr. Putin, Let’s Play Chess” — in which she claims to have discovered that Edward Snowden was part of a years-in-the-making Russian plot to discredit Hillary Clinton.

Last Thursday, Sen. Ed Markey (D-MA) was forced to apologize for spreading a false claim that a New York grand jury was investigating Trump and Russia. His sources, according to the Guardian’s Jon Swaine, were Mensch and Palmer:

Members of the Russiasphere see themselves as an essential counter to a media that’s been too cautious to get to the bottom of Trump’s Russian ties.

“There’s good evidence that the Kremlin was planning a secret operation to put Trump in the White House back in 2014,” Schindler told me. “With a few exceptions, the MSM [mainstream media] hasn’t exactly covered itself in glory with Kremlingate. They were slow to ask obvious questions about Trump in 2016, and they’re playing catch-up now, not always accurately.”

Experts on political misinformation see things differently. They worry that the unfounded speculation and paranoia that infect the Russiasphere risk pushing liberals into the same black hole of conspiracy-mongering and fact-free insinuation that conservatives fell into during the Obama years.

The fear is that this pollutes the party itself, derailing and discrediting the legitimate investigation into Russia investigation. It also risks degrading the Democratic Party — helping elevate shameless hucksters who know nothing about policy but are willing to spread misinformation in the service of gaining power. We’ve already seen this story play out on the right, a story that ended in Trump’s election.

“One of the failures of the Republican Party is the way they let the birther movement metastasize — and that ultimately helped Donald Trump make it to the White House,” says Brendan Nyhan, a professor at Dartmouth who studies the spread of false political beliefs. “We should worry about kind of pattern being repeated.”

Anatomy of a conspiracy theory

The Russiasphere doesn’t have one unifying, worked-out theory — like “9/11 was an inside job” or “Nazi gas chambers are a hoax.” Instead, it’s more like an attitude — a general sense that Russian influence in the United States is pervasive and undercovered by the mainstream media. Everything that happens in US politics is understood through this lens — especially actions taken by the Trump administration, which is seen as Kremlin-occupied territory.

There are, of course, legitimate issues relating to Trump’s ties to Russia — I’ve written about them personally over and over again. There are even legitimate reasons to believe that Trump’s campaign worked with Russian hackers to undermine Hillary Clinton. That may or may not turn out to be true, but it is least plausible and somewhat supported by the available evidence.

The Russiasphere’s assertions go way beyond that…

Read the full article, with social media and video reports included, at the original weblink above. The article is posted to New Cold War.org for the information of readers. The writer pens his own, subtle versions of Russia conspiracies, eg “There are even legitimate reasons to believe that Trump’s campaign worked with Russian hackers to undermine Hillary Clinton” and “Some of Trump’s allies may have coordinated with Russian hackers to undermine the Clinton campaign…” (emphasis added).


Related analysis:
The open secret of foreign lobbying in the United States, by Jonathan Marshall, Consortium News, May 19, 2017

Russia-gate has focused attention on requirements for U.S. citizens acting as “foreign agents” to register with the Justice Department, but these rules have been sporadically or selectively enforced for decades, Jonathan Marshall writes in the first of a series on Consortium News.

The alleged hacking of the Hillary Clinton campaign’s emails and the numerous contacts of Donald Trump’s circle with Russian officials, oligarchs and mobsters have triggered any number of investigations into Moscow’s alleged efforts to influence the 2016 election and the new administration. With U.S.-Russian relations at their lowest point since the Cold War, however, it would be tough to argue that Moscow has achieved any leverage in Washington.

In contrast, as journalist Robert Parry recently noted, American politicians and the media have been notably silent about other examples of foreign interference in U.S. national politics. In part that’s because supporters of more successful foreign pressure groups have enough clout to downplay or deny their very existence. In part it’s also because America’s political system is so riddled with big money that jaded insiders rarely question the status quo of influence peddling by other nations… 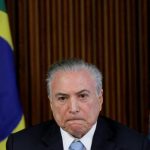 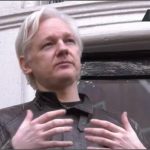