The civil unrest in Iran in response to the recent death of 22-year-old Mahsa Amini while she was waiting at a Tehran police station, although rooted in legitimate grievances, also bears the hallmark of a western-sponsored covert war, covering multiple fronts.
______________________

The civil unrest in Iran in response to the recent death of 22-year-old Mahsa Amini while she was waiting at a Tehran police station, although rooted in legitimate grievances, also bears the hallmark of a western-sponsored covert war, covering multiple fronts.

Mere days after the protests erupted on 16 September, the Washington Post revealed that the Pentagon had initiated a wide-ranging audit of all its online psyops efforts, after a number of bot and troll accounts operated by its Central Command (CENTCOM) division – which covers all US military actions in West Asia, North Africa and South and Central Asia – were exposed, and subsequently banned by major social networks and online spaces.

The accounts were busted in a joint investigation carried out by social media research firm Graphika, and the Stanford Internet Observatory, which evaluated “five years of pro-Western covert influence operations.”

Published in late August, it attracted minimal English-language press coverage at the time, but evidently was noticed, raising concerns at the highest levels of the US government, prompting the audit.

While the Washington Post ludicrously suggested the government’s umbrage stemmed from CENTCOM’s egregious, manipulative activities which could compromise US “values” and its “moral high ground,” it is abundantly clear that the real problem was CENTCOM being exposed.

CENTCOM’s geographical purview includes Iran, and given the Islamic Republic’s longstanding status as a key US enemy state, it’s perhaps unsurprising that a significant proportion of the unit’s online disinformation and psychological warfare efforts were directed there.

In some cases too, fake journalists and pundits, with numerous “followers” on those platforms emerged, along with profile photos created via artificial intelligence.

For example, Fahim News claimed to provide “accurate news and information” on events in Iran, prominently publishing posts declaring “the regime uses all of its efforts to censor and filter the internet,” and encouraging readers to stick to online sources as a result.

Meanwhile, Dariche News claimed to be an “independent website unaffiliated with any group or organization,” committed to providing “uncensored and unbiased news” to Iranians within and without the country, in particular information on “the destructive role of the Islamic Revolutionary Guard Corps in all the affairs and issues of Iran and the region.”

Their respective YouTube channels pumped out numerous short-form videos, presumably in the hope they would be mistaken for organic content, and go viral on other social networks. The researchers identified one instance in which media outlets elsewhere had embedded Dariche News content into articles.

An army of bots and trolls

Some of the fake news organizations published original material, but much of their output was recycled content from US government-funded propaganda outfits such as Radio Farda and Voice of America Farsi.

They also repurposed and shared articles from the British-based Iran International, which appears to receive arm’s length funding from Saudi Arabia, as did several fake personas attached to these outlets.

These personas frequently posted non-political content, including Iranian poetry and photos of Persian food, in order to increase their authenticity. They also engaged with real Iranians on Twitter, often joking with them about internet memes.

Pentagon bots and trolls used different narrative techniques and approaches in an attempt to influence perceptions and engender engagement. A handful promoted “hardliner” views, criticizing the Iranian government for insufficiently hawkish foreign policy while being excessively reformist and liberal domestically.

One such bogus user, a purported “political science expert,” accrued thousands of followers on Twitter and Telegram by posting content praising Shia Islam’s growing power in West Asia, while other “hardliner” accounts praised the late General Qassem Soleimani of the Islamic Revolutionary Guard Corps (IRGC), slain in an illegal US drone strike in January 2020, as a martyr, and encouraged the wearing of hijabs.

The researchers state the purpose of these efforts was unclear, although an obvious explanation is the Pentagon sought to foster anti-government discontent among conservative Iranians, while creating lists of local “extremists” to monitor online.

Overwhelmingly though, Pentagon-linked accounts were viciously critical of the Iranian government, and the IRGC. Numerous Pentagon bots and trolls sought to blame food and medicine shortages on the latter, which was likened to ISIS, and posting videos of Iranians protesting and looting supermarkets captioned in Pashto, English, and Urdu.

More sober posts criticized Tehran for redistributing much-needed food to give to Lebanon’s Hezbollah movement, while others highlighted embarrassing incidents, such as a reported power outage that caused the country’s chess team to lose an international online tournament.

Furthermore, multiple fake users claimed to seek “justice for the victims of #Flight752”, referring to the Ukraine International Airlines flight accidentally shot down by the IRGC in January 2020.

Using hashtags such as #PS752 and #PS752justice hundreds of times, they blamed Iranian Supreme Leader Ali Khamenei personally for the incident.

Following the outbreak of war in Ukraine in February, these accounts used Persian versions of widely-trending hashtags #No_To_Putin and #No_To_War – themselves overwhelmingly disseminated on Twitter by pro-Ukraine bot and troll accounts, according to separate research.

The users condemned Khamenei’s verbal support of Putin and accused Iran of supplying drones to Moscow, which it was claimed were used to kill civilians.

They also pushed the narrative that Iran’s collusion with Russia would result in adverse political and economic repercussions for Tehran, while making unflattering comparisons between Khamenei and Ukrainian President Volodymyr Zelensky.

“One has sold Iran to Russia and ordered their peoples’ murder,” one account tweeted. “The other is wearing a combat uniform alongside his people and has stopped the colonization of Ukraine by Russia with all his might.”

There were also cloak-and-dagger initiatives intended to damage Iran’s standing in neighboring countries, and undermine its regional influence. Much of this work seems to have been concerned with spreading panic and alarm, and creating a hostile environment for Iranians abroad.

For instance, accounts targeting audiences in Afghanistan claimed that Quds Force personnel were infiltrating Kabul posing as journalists in order to crush opposition to the Taliban. They also published articles from a US military-linked website that claimed on the basis of zero evidence that the bodies of dead refugees who’d fled to Iran were being returned to their families back home with missing organs.

Yet another damaging false narrative perpetuated by this cluster in late 2021 and early 2022 was that the IRGC was forcing Afghan refugees to join militias fighting in Syria and Yemen, and that those who refused were being deported.

Iraq was a country of particular interest to the Pentagon’s cyber warriors, with memes widely shared throughout Baghdad and beyond depicting IRGC influence in the country as a destructive disease, and content claiming Iraqi militias, and elements of the government, were effective tools of Tehran, fighting to further Iran’s imperial designs over the wider West Asia.

Militias were also accused of killing Iraqis in rocket strikes, engineering droughts by damaging water supply infrastructure, smuggling weapons and fuel out of Iraq and into Syria, and fuelling the country’s crystal meth epidemic.

Another cluster of Pentagon accounts focused on Iran’s involvement in Yemen, publishing content on major social networks critical of the Ansarallah-led de-facto government in Sanaa, accusing it of deliberately blocking humanitarian aid deliveries, acting as an unquestioning proxy of Tehran and Hezbollah, and closing bookstores, radio stations, and other cultural institutions.

Several of their posts blamed Iran for the deaths of civilians via landmine, on the basis Tehran may have supplied them.

Other CENTCOM psychological warfare (psywar) narratives have direct relevance to the protests that have engulfed Iran.

There was a particular focus among one group of bots and trolls on women’s rights. Dozens of posts compared Iranian women’s opportunities abroad with those in Iran – one meme on this theme contrasted photos of an astronaut with a victim of violent spousal abuse – while others promoted protests against the hijab.

Alleged government corruption and rising living costs were also recurrently emphasized, particularly in respect of food and medicine – production of which in Iran is controlled by the IRGC, a fact CENTCOM’s online operatives repeatedly drew attention to.

Women’s rights, corruption, and the cost of living – the latter of which directly results from suffocating US sanctions – are all key stated motivating factors for the protesters.

Despite the rioters’ widespread acts of violence and vandalism, targeted at civilians and authorities alike, such as the destruction of an ambulance ferrying police officers away from the scene of a riot, they also claim to be motivated by human rights concerns.

Establishment and fringe journalists and pundits have dismissed as conspiracy theories, any suggestions that protests in Iran and beyond are anything other than organic and grassroots in nature.

Yet, clear proof of foreign direction and sponsorship abounds, not least in the very public face of the anti-hijab movement, Masih Alinejad, who for many years has encouraged Iranian women to ceremonially burn their headscarves from the confines of an FBI safehouse in New York City, then publicizes the images online, which travel round the world and back via social media and mainstream news outlets.

A regime-change war by other means

Alinejad’s activities have generated a vast amount of fawning and credulous media coverage, without a single journalist or outlet questioning whether her prominent role in the supposedly grassroots, locally-initiated protest movement is affiliated with foreign hostile interference.

This is despite Alinejad posing for photos with former CIA director Mike Pompeo, and receiving a staggering $628,000 in US federal government contracts since 2015.

Much of these funds flowed from the Broadcasting Board of Governors, the US government agency that oversees propaganda platforms such as Radio Free Europe, and Voice of America, the latter of which has produced a Farsi-language show fronted by Alinejad for seven years.

These clusters of social media posts may appear innocuous and authentic in an age of click-bait and viral fake news, yet when aggregated and analysed, they form a potent and potentially dangerous weapon which it turns out is one of many in the Pentagon’s regime-change arsenal. 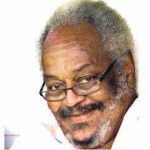 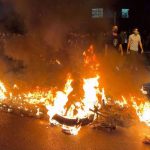