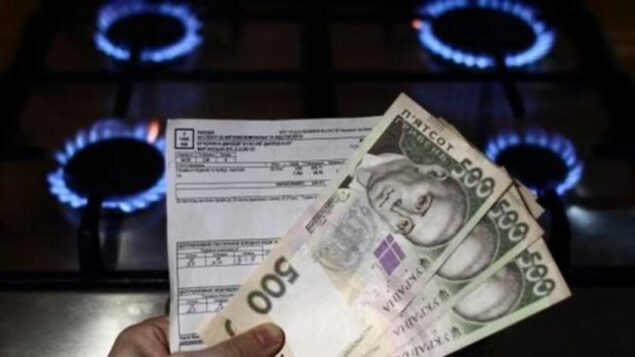 During the last month of  2021, Ukraine has been living under a looming energy crisis and daily rumors about an imminent Russian invasion. But if the first issue worried the majority of the population, the panic about the possible invasion was one spread exclusively by the pro-government media and was not reflected in society in any way. Due to numerous cries of “wolf, wolf” made over the past eight years fear and panic in the country had diminished, as people have become psychologically inured to it. In his last update of the year, Dmitriy Kovalevich offers NewColdWar’s readers his exclusive analysis of current events in the country.

During the last month of  2021, Ukraine has been living under a looming energy crisis and daily rumors about an imminent Russian invasion. But if the first issue worried the majority of the population, the panic about the possible invasion was one spread exclusively by the pro-government media and was not reflected in society in any way. Due to numerous cries of “wolf, wolf” made over the past eight years fear and panic in the country had diminished, as people have become psychologically inured to it.

Another issue is that the energy crisis has taken place during a spell of severe frosts, which began in December. On December 21, the gas price on European exchanges exceeded $ 2,200 per thousand cubic meters, and Ukraine’s enterprises buy gas at European prices, plus transportation costs, even if this gas is extracted inside Ukraine – in accordance with the demands of the IMF.[1] By the end of the month, the Ukrainian state-owned company Naftogaz set a price of $ 2,700 for Ukrainian gas.[2] This means that if the majority of the population are still using preferential tariffs by the end of the year, the country’s enterprises will begin to go bankrupt and close at an unprecedented rate.

First of all, those industries that consume large amounts of gas are suffering from massive external costs. In first place is the chemical sector, which in Ukraine is focused mainly on the production of nitrogen fertilizers, and natural gas is responsible for 80-90% of their costs. As well as the processing of agricultural products, the glass and ceramics industries also rely to a large extent on natural gas. The situation is complicated by the fact that 90% of enterprises do not have the technological ability to replace natural gas with other energy resources.[3]

Ukrainian energy expert Valentin Zemlyansky predicts that with a further rise in gas prices, the chemical industry and the production of fertilizers are at risk of disappearing altogether: “ The Industry will die. I am not kidding. The impact of energy prices on the business situation is an inertial process. The business will not close immediately, it will happen in stages. The beginning will be in March 2022, we will see the peak by May-June.”[4]

Economic analyst Igor Deysan also warns that an increase in fertilizer prices will lead to the sowing of many crops being abandoned and an increase in the price of agricultural products, especially wheat, in the 2022-2023 season.

Deysan predicts, “The cost of gas is largely carried over to the cost of wheat and other crops. If gas prices remain high for a long time, the rise in gas prices can make a significant contribution to the price of wheat.”[5]

However, farmers will still need to dry the harvested wheat crop, which also entails significant gas consumption. The next in the processing cycle are the millers and bakers, who are also going bankrupt due to the high gas prices.[6]

Sugar producers, who actively use gas in their production, should also be noted as being among the affected food industry enterprises.[7] For the production of sugar, Ukrainian factories need at least 300 million cubic meters of natural gas per year.

Due to expensive gas, greenhouses are being forced to close too – Ukrainian greenhouse cucumbers and tomatoes will turn out to be “golden”.[8] The rise in gas prices also affects the production of building materials, first of all, cement, which leads to an increase in prices on the real estate market.[9]

In a recent interview, the former head of the President’s Office, Andriy Bogdan, predicted a total economic collapse by February next year. “Here we still have December – this is the pre-New Year’s, festive month, when everyone spends money with hope: ‘We take the last from our savings and can survive.’ But in January-February there will be nothing left. We will fire people, our industry will collapse, our budget revenues will decrease, our economy will massively collapse because of the gas and energy prices,” Bogdan said.[10]

Oleg Popenko, a head of the Union of Consumers of Utilities (UCU), says that because of such gas prices, most small and medium-sized businesses will not be able to function.

According to him, it will be physically impossible for small entrepreneurs to pay their heating bills. Therefore, we can expect the closure of hairdressing salons, bakeries, dry cleaners, dental offices, etc. They will have to include the bill in the cost of their services, or simply close.[11]

War drums in the West

As a result, the flow of migrants from Ukraine has increased. Officially, in the first 10 months of this year alone, more than 600,000 people left the country.[12] This tendency is further reinforced by the daily war drums in the West, from which many Ukrainians are finally convinced that Ukraine is destined for the role of a victim in the confrontation between the West and the Russian Federation. Even in western Ukraine, in December, villagers strongly opposed plans to deploy territorial defense battalions of the Ukrainian army in their villages, fearing that they would become the target of possible attacks in the event of war.[13] Another reason is the location of children’s educational institutions nearby. Knowing the habits of the Ukrainian military, full of neo-Nazis, local residents fear for their children.

Throughout December, Western media stubbornly talked about the likely Russian invasion of Ukraine, planned for Christmas, then for January or February. They usually referred to the presence of a 100,000-strong Russian presence near the Ukrainian borders. However, they were silent when at the same time an even larger grouping of Ukrainian troops is located near the Russian borders, where for the eighth year they have been waging a war with the rebellious Donbass region.

The demand of Western politicians to withdraw Russian troops from the Ukrainian borders is primarily due to the fact that the Ukrainian army does not dare to launch a full-scale attack on Donbass, fearing a reaction from the Russian Federation.

To speed it up, the United States and Britain increased their arms shipments to Ukraine in December. In addition, Lithuania will be used as a hub for the supply of weapons. Lithuania already announced about the supply of weapons for the Ukrainian army[14], after which Washington decided to supply additional weapons to Lithuania.[15]

A provocation with the use of chemical weapons, which was recently announced in the Russian Federation and the republics of Donbass, can be used as a pretext for hostilities.[16] According to Donetsk officials, containers with chemicals are already in the Donbass on the territory controlled by Kiev.[17]

Transnistria may become another front of the conflict. In December, armed formations of radical Ukrainian nationalists and neo-Nazis were deployed to the border of Ukraine and Transnistria.[18] At the same time, Transnistrian reporters told about an attempt at armed provocation by Moldova and an attempt to seize their border guards with the help of a sabotage group, which included British instructors. Reportedly, NATO soldiers attempted to breakthrough into Transnistria.[19]Transnistria also reports an increased use of drones conducting intelligence activities on their border.

At the end of December, the Ukrainian authorities presented a ‘Christmas present’ to Ukrainian women, making them liable for military service.[20] Two years ago, during elections, Volodymyr Zelensky and his ‘Servant of the People’ party promised to cancel the draft and end the war. Now we are on the brink of a larger war, and instead of canceling conscription for men, women can also be conscripted. Kiev justifies this with the demands of “gender equality”, according to NATO standards.

The Ministry of Defense of Ukraine explains its order on the registration of women for military service by the need to “accumulate human resources” for the army.[22]

Women from 18 to 60 years old, even pregnant women and mothers with many children, should register for military service. If they refuse, they face a fine. Women liable for military service will have to attend military training. This decision is motivated by the fact that many potential male soldiers are leaving the country, resulting in a shortage of personnel in military units. Since women did not go through military service earlier, they will be obliged to work free of charge for the army’s logistical support. In the end, the very principle of Western liberalism and NATO standards, which the Ministry of Defense refers to, requires “gender equality”, and they understand it as the maximum and, if possible, free exploitation of all people indiscriminately.