December update: IMF debts are rising, as well as religious and political pressure 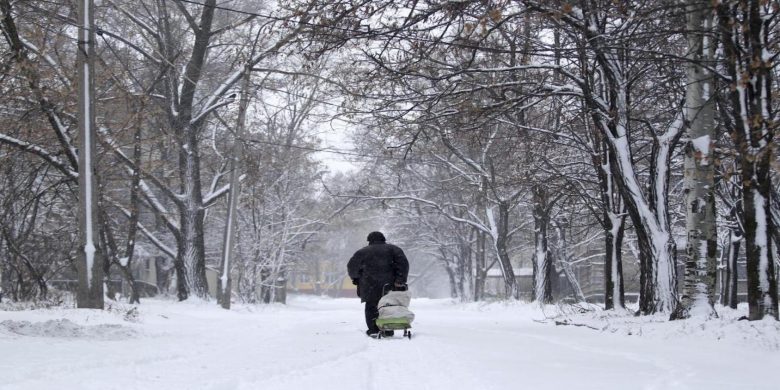 This original article for NCW by our regular contributor, Dmitry Kovalevich, is his last post for 2018 in which he addresses the continuing volatile situation in Ukraine as a whole and its various regions, as well as the likely political and economic fallout in the lead up to the country’s elections in March 2019.

Imposed in late November for 30 days, Ukraine has spent the last month of the year living under martial law.

The Ukraine’s president’s initial plan was to introduce martial law for 60 days all over the country, but the parliament limited it to a term of 30 days and to the territories of ten eastern and southern regions of Ukraine. However, it is possible to extend the state of emergency, as its prolongation requires fewer legal procedures. Since the emergency powers expire on December 28, one could expect another military provocation close to that date, in order to prolong it. However, the US representative Kurt Volker strongly advised to not to prolong it after December 28 [1] and it was finally cancelled at the end of December but produced some effects on the Ukrainian politics, anyway.

Martial law was imposed precisely in the regions that have the lowest level of support for the current Kiev government. And Ukrainian opposition leaders claim that this was a part of the president’s scenario, aimed at postponing the presidential elections (scheduled for March 31, 2019). As a result, even the local elections (for city and village councils) that took place on December 23 were postponed [2] in the ten south-eastern regions where the results were expected to be disadvantageous for both the president and government.

Although, as a rule, the IMF doesn’t provide loans to countries under martial law, in December IMF decided [3] to grant Kiev another $1.4 billion loan. With this loan, Ukraine has achieved second place on the world list of IMF debtors [4]. While the total amount Ukraine now owes to the IMF has climbed to $14.1 billion, the first on the list is Argentina with $14.6 billion and the third is Greece with debts mounting to $11.6 billion.

The new loans, as well as the previous ones, are to be repaid by the new government and this will exert immense pressure on the country’s public budget. In 2019, Ukraine should allocate some 33% of its budget to repay its foreign debts [5].

The IMF conditions [6] for the new loan are, as anticipated: to raise gas prices, yet again; to continue the implementation of neoliberal reforms; the privatization of agricultural lands; freeze salary increases, and ‘fight corruption’. This new loan and the need to repay the former loans has led many Ukrainians to think that their living conditions will worsen in 2019. This is even though, according to IMF data, some 60% of Ukrainians currently live below poverty line and more than half, according to a new poll, claim that their financial situation depreciated [7] during 2018.

Mid-December has also been marked in Ukraine by the escalation of religious conflict. The initiative of president Poroshenko to introduce a new “Ukrainian church” on December 15, 2018 was rejected by the main churches, including the Ukrainian Orthodox church, which has the largest number of followers in the country. Although Ukraine was formally a secular country, the Kiev government has been desperately trying to split the existing churches, as they are not patriotic enough and most priests are refusing to bless the war against Donbass. As a result, the president has only managed to unite two fringe groups of orthodox clerics under the name of the “Ukrainian Orthodox” church. This initiative has been welcomed by the US representative, Kurt Volker, even though it will become a ground for future religious conflicts – the kind of conflicts that are known to be the bloodiest and longest in human history. Thus, de facto, we can see how with US approval, the leader of a secular state is trying to establish a separate church, following in the tradition of mediaeval monarchs and a practice generally thought to be long dead.

As Alexei Yakubin [8], the Ukrainian political analyst, said of the religious dispute:

The situation with this religious issue will be inherited by future Ukrainian politicians. Subsequent presidents will have to deal with the far-reaching consequences of Poroshenko’s initiative. It is possible that there will be many religious organizations in the country that will not agree to join this autocephalous project. Also, there is the inevitable danger of emerging conflicts for power, for dioceses and episcopates and for property as well — temples, monasteries, and so on”.

On the eve of presidential elections in Ukraine there is an increase in the number of violent assaults on opposition parties and their leaders. The latest assault by ultra-nationalists at the offices of the party of ‘Reasonable Force’ took place on December 15. Its members were severely beaten and hospitalized. The party’s Kiev office was smashed, while the police failed to react. This is a new Ukrainian opposition party, which united many members of the banned Communist party of Ukraine. The party states as its main goal the bringing about of peace in Ukraine and the end of military conflict. Earlier this year its offices were attacked several times and the SBU (security services) put pressure on the party, accusing it of being ‘pro-Russian’. A series of assaults on party members were triggered by their collecting signatures under a ‘Declaration of Peace’. The party leaders claim that these assaults were ordered by government forces [10].

Commenting on the assaults, [11] A. Soloviev, the leader of ‘Reasonable Force’, said:

The current government is using the fists of the gangs it has in its pockets to cleanse the electoral field of the regime’s critics.(The government uses its puppet gangs so that to cleanse the politics from the regime’s critics). We protect people from lawlessness; we demand that peace is restored in the Donbas, where millions of ordinary Ukrainians live. We demand the restoration of order in Ukraine and the wellbeing of all its citizens. The authorities are fearful of ending the war as they profit from it and the attacks on us are specifically related to this end. And the police will ignore the assaults, as usual, because of pressure from the authorities.”

The point is that the exceptionally nonviolent rhetoric and demands for peace are claimed as being ‘pro-Russian’ by the Ukrainian government. In his speech to the Parliament, president Poroshenko recently stated [12] that ‘the doves of peace’ are actually ‘Russian eagles’; associating peace with concessions to Russia. However, despite this rhetoric, according to recent data on its trade balance during 2018, Russia remains [13] the main importer and exporter for Ukraine. In spite of all the sanctions, it turns out that Ukraine’s economy can’t survive without Russian oil products (mainly imported by Ukraine via Belarus), gas, coal, nuclear energy and agricultural fertilizers. Quite simply, Kiev can’t afford the alternative import sources, as the prices are so much higher. In fact, Russia could stop most Ukrainian military vehicles, if it wanted to, just by stopping oil supplies. But it will not do so, as it realizes that Kiev merely simulates the ‘war with Russia’ to please the US and, under the same pretext, suppresses its internal opposition.

Most likely, similar military rhetoric against a background of economic deterioration will continue in the coming year, reaching its peak in February-March 2019. However, any subsequent government (if the election actually takes place) will face, the necessity of paying off the rising external debts, an unfinished military conflict, the deteriorating infrastructure and the lack of a labour force, which has largely migrated from Ukraine. This legacy makes prospects for the country’s development or the likelihood of its being able to solve the crisis a real challenge for anybody. However, most Ukrainians have not lost hope for a better future, especially on the eve of the Christmas holidays and the New Year.