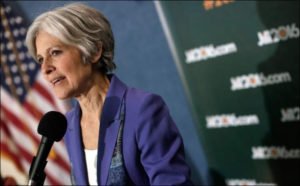 The surging fundraising and poll numbers for Green Party presidential candidate Jill Stein since the end of the Bernie Sanders campaign must be hitting a nerve, because Democratic insiders and the mainstream media are resorting to smear tactics. Stein hopes to capitalize on disgruntled Bernie backers, who ideologically have more in common with the progressive medical doctor than the neo-liberal Democratic nominee.

A number of media outlets have published scathing and misleading stories about Stein and her running mate Ajamu Baraka, along with rumors circulated on social media by Clinton supporters.

The New York Times wrote, “Third parties have become little more than attention-seeking mechanisms that pop up every four years, then settle back into obscurity.”

The disparaging articles about the Green Party’s convention this past weekend further pushed the stereotype that Greens are dirty, unrealistic hippies.

The New Republic published an article called, ‘The Green Party Has No Shame’, which referred to the apparent cheek of the party in appealing to Sanders supporters who don’t want to fall in line behind Clinton. “The difference between Stein and Hillary Clinton is striking, and leaves little doubt as to the former’s lack of preparedness for the office,” it read.

“Her performance more closely resembles the debacle of a Trump presser, especially when Stein bumbles her way through an explanation of her muddled position on vaccinations, which skirts dangerously close to anti-vax territory.”

The Huffington Post, founded by long-time Democratic Party operative Ariana Huffington, published a number of anti-Stein articles including ‘The Progressive case against the Green Party’s Jill Stein,’ which paints her as a peddler of fear and paranoia and a panderer to the fringe.

It also references her often-misrepresented comments about vaccinations and genetically-modified organisms, framing her views on GMO labelling as “absurd.”

The author then refers to her platform calling for an end to drone assassinations and bombing as “chuckle-worthy.”

Dr Stein has been accused of pandering to the anti-vax crowd, largely stemming from a Reddit ‘Ask Me Anything’ (AMA) she did in May. While her response contains skepticism about the impartiality of those regulating medicine, the internal medicine doctor went on to praise the effectiveness of vaccinations, contrary to what she’s been accused of.

“In most countries, people trust their regulatory agencies and have very high rates of vaccination through voluntary programs,” she wrote. “In the US, however, regulatory agencies are routinely packed with corporate lobbyists and CEOs. So the foxes are guarding the chicken coop as usual in the US. So who wouldn’t be skeptical? I think dropping vaccinations rates that can and must be fixed in order to get at the vaccination issue: the widespread distrust of the medical-industrial complex.”

“Vaccines in general have made a huge contribution to public health, reducing or eliminating devastating diseases like smallpox and polio,” she added. “In Canada, where I happen to have some numbers, hundreds of annual death from measles and whooping cough were eliminated after vaccines were introduced. Still, vaccines should be treated like any medical procedure–each one needs to be tested and regulated by parties that do not have a financial interest in them.”

The Washington Post asked her about this last week. Her response failed to reveal the ‘crazy anti-vaxxer’ portrayed by her opponents: “I think there’s no question that vaccines have been absolutely critical in ridding us of the scourge of many diseases — smallpox, polio, etc. So vaccines are an invaluable medication,” Dr Stein said. “Like any medication, they also should be — what shall we say? — approved by a regulatory board that people can trust. And I think right now, that is the problem. That people do not trust a Food and Drug Administration, or even the CDC for that matter, where corporate influence and the pharmaceutical industry has a lot of influence.”

Stein, like many people, has concerns about the effects of GMOs and pesticides, whereas Clinton surrounds herself with ‘Big Ag‘ and ‘Big Pharma‘ insiders since her time as first lady.

Stein’s lack of political experience has been touted as a reason to dismiss the Harvard-educated doctor. However, her position as an anti-establishment outsider is a selling point for her independent-minded supporters, particularly in comparison to the experience of a reality TV star/billionaire businessman with four bankruptcies on his record or a career politician/lawyer who voted for the war in Iraq and pushed fracking on the world.

In a smear as old as the Cold War and used by Republicans against Democrats for years, Stein’s trip to Russia and attendance at an RT 15th anniversary event is enough for many to paint her as a Kremlin shill.

While Democrats and members of the media echo this smear with glee, they fail to remember the same dirt was slung at Bill Clinton in 1992, at Sanders for daring to honeymoon in Russia, and at Hillary Clinton for her entanglement between the Podesta Group, her foundation and a uranium mining deal with Russia when she was secretary of state.

One area where Stein and Russia are on the same page, but differ with Clinton, is the future of NATO.

One of the more bizarre angles used in covering Stein’s campaign is the focus on how much money has been spent on TV ads.

The Washington Post starts its article with, “The campaign of the long-shot Green Party candidate, Jill Stein, has spent $189,000 more on TV advertising for the general election than the Republican nominee, Donald Trump,” before it goes on to reveal Trump has spent zero.

This narrative fails to take into account the media’s enthusiastic dedication to providing Trump with free, prime time access to the American people by giving him air time disproportionate to any other candidate. Needless to say, none of the main network’s reported on the Green Party convention, despite their wall-to-wall coverage of the DNC and RNC. The convention took place in Houston, Texas from August 5 to 7.

The Post article later says, “Some PACs supporting Trump have reserved ad time, spending a little over $8 million,” which, although not directly from the Trump campaign, puts Stein’s $189,000 into perspective.

Then there’s the fact that Stein has not yet met the 15 per cent threshold to participate in the upcoming televised debates, nor is she invited to do regular interviews on mainstream media outlets. 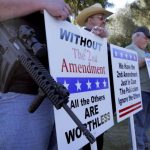 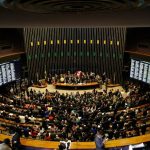