Debate: Kashmir and the Changing Forms of Colonialism 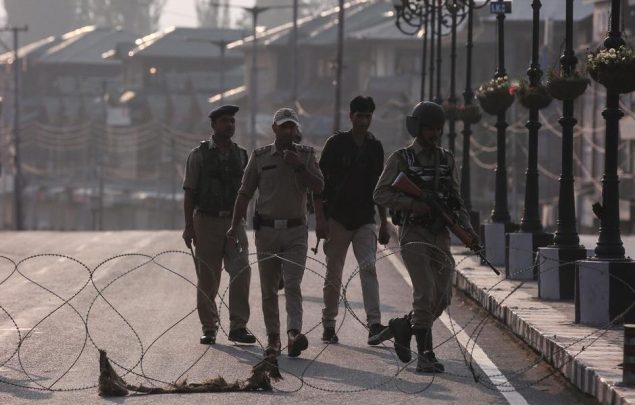 The history of modern nationalism shows conclusively that every attempt to unify the nation-state around a majority defined by language, religion or ethnicity necessarily, and thus inevitably, excludes some who become minorities.

Let me first thank Vivek Katju for pointing out the slip in my article where I mentioned the military takeover of Sikkim as something that happened during the Emergency. As a matter of fact, Indian troops entered Sikkim and surrounded the royal palace on April 9, 1975 and the decision to abolish the monarchy was endorsed by a popular referendum on April 14, 1975, two months before the Allahabad high court judgment of June 12, 1975 which led to the declaration of Emergency two weeks later.

Living in West Bengal, my memory of that period is one of an unbroken spell of political repression and state violence stretching all the way from 1971 to 1977. Consequently, I hope Katju will pardon my lapse in recalling the exact chronological sequence of events. In any case, it does not affect my argument that even as late as in 1975, the integration of territorial units into the Indian federal system required the ratification of the people of that unit in order to make it seem legitimate.

Katju’s main quibble is over my claim regarding internal colonialism. I am not surprised. Given the fact that the Indian republic was born out of a prolonged and successful anti-colonial struggle, no Indian wants to hear that the country is now practicing its own brand of colonialism. On the other hand, I have heard prominent Kashmiri intellectuals declare that Kashmir has been an Indian colony from 1947 and that nothing new happened last month.

I believe both positions are one-sided. The colonial relation can take many forms. While the old kind of colonialism has been discredited everywhere, new forms of political subjugation of one people by another are emerging, not all of which have identifiable legal names as yet. Kashmir’s relation to the rest of India is one such case that has undergone many significant changes over the last seven decades. In this, Kashmir shares several characteristics with the relation of states such as Meghalaya, Nagaland, Mizoram and Manipur with the rest of India.

As is well known, beginning with Article 370 in 1950 and the promulgation of the state constitution in 1956, the actual position of Jammu and Kashmir within the Indian constitutional system has changed a great deal, with more and more Central laws being made applicable to the state, sometimes by executive order, at other times by acts of parliament or the state assembly, and in some cases through judicial decisions.

Even though these changes were often the result of fluctuations in the political climate, they had a certain ad hoc quality to them. No single design or unity of purpose can be found behind the process by which Jammu and Kashmir has been gradually welded over the years to the larger Indian political system while retaining the basic condition laid down by Article 370. But this time, something quite different has happened.

The constitutional change brought about on August 5, 2019 was deliberate, planned and clearly designed as a step towards a much more ambitious project to transform the very character of the Indian nation-state into something far more unitary, homogeneous and centrally commanded than it has ever been. The decision to bifurcate a state that has existed since the birth of the republic and reduce its status to two union territories without so much as a nod to its people or their elected representatives flaunted a posture of absolute power that was breathtaking in its sheer arrogance.

This haughty self-confidence of the political leadership in New Delhi proceeds from the belief that its electoral majority, based on support largely from the northern half of the country, has given it a mandate to redefine the terms by which the peoples of the country had agreed to live together within the same constitutional order. There is much more behind the August decision than an emergency response to a security situation.

The story put out by the government, which Katju repeats, of the decision being prompted by the ceaseless efforts by Pakistan to incite violence and disorder in Kashmir and disrupt its economic development and political normalisation actually implies the astonishing admission that a foreign power wields so much influence over India’s domestic politics as to redefine its constitutional structure and effect the total shutdown of an entire state for weeks and months.

That story is hardly credible. Not even in 1965 or 1971 or 1999, when the armies of the two countries clashed in open warfare, were such internal political clampdowns considered necessary. And if one considers civil unrest in Kashmir, the months preceding August 2019 were by no means marked by unusually high levels of disturbance. As I said before, what has been done was not caused by contingent factors or external agents. It was a deliberate move that is part of a plan whose other elements are still being shaped on the drawing board.

If Article 370 can be so flagrantly done away with, what is the future of those special protections guaranteed for the peoples of Nagaland, Mizoram or Manipur by Article 371? The question has been asked and answered by the Union home minister who, speaking in Guwahati on September 1, 2019, said emphatically that the Centre did not have any intention to do away with Article 371. All that his statement implied was a reassurance to the people of the Northeast that they could count on the Bharatiya Janata Party government’s benevolence, at least for now. He did not say that the existing protections were secure constitutional rights.

In fact, the vision of a unified and homogeneous nation-state, built around the cultural unity of the Hindu majority, which the ideological machine of the Sangh parivar daily propagates through the print, visual and social media, fundamentally delegitimises any socially grounded conception of India as a federal polity. Federalism now is merely a matter of administrative convenience, to be tinkered with as needed and dispensed with if it comes to that.

The alarm has been sounded once again by Amit Shah, who declared on September 15, 2019 that Hindi, being the most widely spoken language in the country, should be made the national language and allowed to act as the common unifying force holding the nation together. It was essential, he said, for one nation to have one language. His call is perfectly aligned with the transformative project in which his party is engaged. Instead of regarding “one country, many languages” as a source of strength, creativity and engaged solidarity, he and those who think like him regard it as a sign of national weakness. That is the clash over conceptions of “Indian-ness” in which the country is now embroiled.

The history of modern nationalism shows conclusively that every attempt to unify the nation-state around a majority defined by language, religion or ethnicity necessarily, and thus inevitably, excludes some who become minorities. If constituted by some cultural marker as a distinct people and in occupation of a distinct territory, such minority populations, if they lack the economic resources and political organisation to resist, are liable to colonial exploitation by those who rule on behalf of the majority.

A nation-state built on such a foundation may well believe it has gained the strength to enter the ranks of the great powers of the world. But the history of anti-colonial struggles shows the utter fragility of those foundations and the ability of the colonised and the excluded to resist and overcome their subjection.