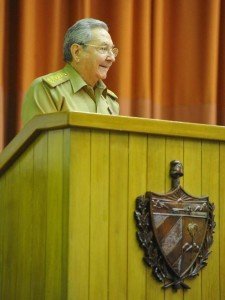 The government of Cuba has reaffirmed its opposition to NATO military aggression in eastern Europe and to economic and political sanctions against Russia. The message was delivered in Havana by Cuban President Raoul Castro in his address to the closing session on July 15 of the National Assembly of People’s Power. President Castro stated:

We warned early on, in this very hall, that the attempt to extend NATO to Russia’s borders would bring serious threats to international peace and security.

Today we reaffirm that the intention of imposing sanctions on Russia will harm the interests of Europe, and bring greater instability and new dangers. This position was put forward once again by Cuba at the Second CELAC-European Union Summit, where we also ratified our disposition to dialogue and cooperate with the European bloc, with which we are negotiating an agreement on this matter. [End citation]

The bulk of Castro’s speech was devoted to reviewing Cuba’s economic performance. The country’s GDP is expected to grow by more than four per cent this year, the president reported.

Castro also spoke about the future of Cuba now that the United States has eased its political and diplomatic shunning of Cuba on the world stage. He said:

In recognizing the call by President Obama on the U.S. Congress to lift the blockade of Cuba, reiterated in his statement last July 1, we hope that he continues using his executive powers, that is, those decisions that he as President can adopt without Congressional involvement, to dismantle aspects of this policy, which causes damage and hardships to our people. Naturally, the [U.S.] parliament, namely Congress, is responsible for the rest of the blockade measures.

To normalize bilateral ties, it will also be necessary that the territory illegally occupied by the Guantanamo Naval Base is returned; illegal radio and television transmissions to Cuba ended; programs aimed at promoting destabilization and internal subversion eliminated; and the Cuban people compensated for the human and economic damages caused by the policies of the United States.

Changing everything which must be changed is the sovereign and exclusive domain of Cubans. The Revolutionary Government is willing to advance in the normalization of relations, convinced that both countries can cooperate and coexist in a civilized manner, to our mutual benefit, beyond the differences we have and will have, thus contributing to peace, security , stability, development and equity in our continent and the world.

A few weeks ago, the homeland received the [returning] members of the “Henry Reeve” Contingent who participated in the battle against Ebola in West Africa, where they provided an extraordinary example of solidarity, altruism and personal courage in confronting this deadly epidemic. Our eternal tribute to Jor­ge Juan Guerra Rodríguez and Reynaldo Vi­lla­franca Antigua, the two collaborators who died of other diseases contracted during the fulfillment of that mission.

In addition, a Cuban medical brigade, which will return in the coming days, assisted with great spirit of solidarity the victims of the earthquakes in the mountains of Nepal.

Our country will continue to fulfill, in accordance with its means, and with our internationalist duty to support peoples in need, as today tens of thousands of compatriots in over 80 countries in Latin America, the Caribbean, Africa and Asia are doing, under the principle that those who can defray the collaboration do so, and we will continue helping those who do not have the resources. 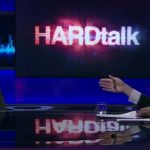 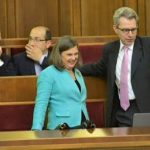