CSTO in Kazakhstan annoys US 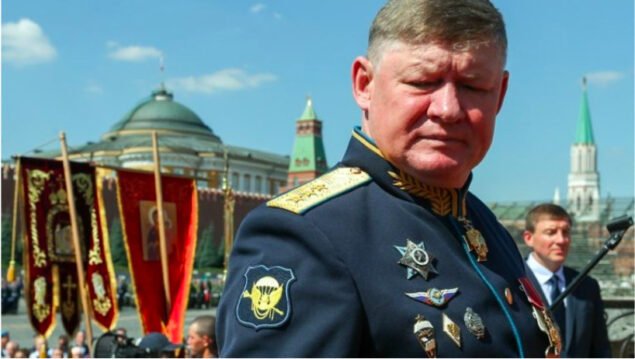 The US Secretary of State Antony Blinken’s Press Availability at Washington on Friday was largely devoted to Ukraine and the forthcoming strategic stability talks with Russia. But in response to a carefully planted question at the fag-end of the interaction, Blinken reflected bitterly on the deployment of Russian troops to Kazakhstan.

The US Secretary of State Antony Blinken’s Press Availability at Washington on Friday was largely devoted to Ukraine and the forthcoming strategic stability talks with Russia. But in response to a carefully planted question at the fag-end of the interaction, Blinken reflected bitterly on the deployment of Russian troops to Kazakhstan.

Blinken said the US is watching the developments with “real concern” and stressed the “absolute importance of respecting human rights; media freedom, including the restoration of internet service; and to dealing with peaceful protests in a way that protects the protesters, upholds their rights, and is consistent with the rule of law.”

Evidently, he didn’t know of the anarchical conditions with “protestors” setting on fire the president’s official residence and the city mayor’s office in Almaty. The Russian Ambassador to Washington Anatoly Antonov has said in an interview with Newsweek magazine that the “protestors” in Kazakhstan can claim their lineage to the US’ war on terror in Syria and Afghanistan!

This was also more or less what the Kazakh president Tokayev disclosed in a an address to the nation on Friday.

However, Blinken indignantly stressed that Washington expects that “there has to be a rights-respecting resolution to this crisis…that includes protecting the rights of any peaceful protester.”

Turning to the Collective Security Treaty Organisation’s (CSTO) deployment, Blinken said: “we have questions about the nature of the request (for deployment), why it came about.  We’re seeking to learn more about it.  It would seem to me that the Kazakh authorities and government certainly have the capacity to deal appropriately with protests, to do so in a way that respects the rights of protesters while maintaining law and order.  So, it’s not clear why they feel the need for any outside assistance, so we’re trying to learn more about it.”

He repeated, “we hope the government itself can quickly address the problems, which are fundamentally economic and political in nature.  That’s what these protests are all about.”

Blinken concluded that he wouldn’t conflate the situations in Ukraine and Kazakhstan. But, “Having said that, I think one lesson in recent history is that once Russians are in your house, it’s sometimes very difficult to get them to leave.”

This last sardonic remark was prompted by a well-briefed journalist who fired away a prompter that the Russian general leading the current operations in Kazakhstan “was the one who was leading occupation of Crimea.”

The journalist was referring to a Russian Defence Ministry announcement on Friday that Gen. Andrey Serdyukov, the commander of the Russian Airborne Troops, has been appointed to lead the CSTO peacekeeping effort in Kazakhstan.

Gen. Serdyukov is a hotshot general who previously commanded troops in Chechnya, Crimea and Syria with deep combat experience. Without doubt, Serdyukov has been hand-picked for the assignment in Kazakhstan.

Serdyukov, who, incidentally, hails from Ukraine’s Donetsk Region, participated in both the Chechen military campaigns. As Chief of Head Staff of Russia’s Southern Military District, he was involved in Ukraine operations from 2014, and in 2019 was appointed briefly as the Commander of the Russian Forces in Syria from where he shortly returned to his main work on Ukraine. The general figures in the West’s sanctions list for having commanded the airborne troops assigned to the operations in the Crimea in 2014.

The general’s extensive professional experience in the Russian Army’s interventions — coordinating collaborators and “hybrid forces” and paramilitary structures, etc. — obviously comes into play in the latest assignment. The Russian forces in Kazakhstan under his command include units of the 45th Guards Spetsnaz Brigade, the 98th Airborne Division and the 31st Guards Air Assault Brigade.

Clearly, the dramatic events — protests erupting on January 2 and culminating in the CSTO decision three days later to deploy troops — took Washington by total surprise. The Biden Administration was in a triumphalist mood that the Kremlin has been ambushed in Ukraine and least expected a Russian deployment at such a crucial juncture in Kazakhstan. The disquiet mixed with bewilderment and fury in Blinken’s tone is self-evident.

Make no mistake, there has been a formal request from Kazakh President Tokayev seeking help from CSTO as a founder-member of the alliance. Reports suggest that hectic consultations went on through the night of January 5 no sooner than Tokayev’s appeal for help reached Armenian PM Nikolai Pashinyan who holds the rotating presidency of the CSTO.

Pashinyan duly convened a meeting of the CSTO member countries (Russia, Belarus, Armenia, Kazakhstan, Kyrgyzstan and Tajikistan) and a formal resolution was adopted under his signature on the decision to deploy troops. The document says,

“Based on the application of the President of the Republic of Kazakhstan Kasim-Jomard Tokaev and the dangers threatening Kazakhstan’s national security and sovereignty, which have arisen as a result of external intervention, CPPC Collaborative Security Kho In accordance with the 4th article of the Collective Security Treaty, the rhurd has decided to send the CPC collective peacekeeping forces to the Republic of Kazakhstan for a limited period of time to the situation in the country for the purpose of stability and regulation.”

The CSTO is recognised by the UN and has acted under international law. The US has no locus standii in the decisions of the CSTO.

It stands to reason that Tokayev has purged the pro-Western elementsin the Kazakh ruling elite who would have acted as collaborators of the US in the current volatile situation. These comprador elements are highly susceptible to US blackmail, as  they keep their ill-begotten wealth in properties and bank accounts in the Western countries.

Kazakhstan had shown dangerous tendencies in the most recent years of gravitating toward the Western orbit, thanks to the shenanigans of the parasitic elite in the power structure. To be sure, Moscow will expect a course correction. Tokayev had a lengthy conversation with Putin today.

Washington has been building pockets of influence, especially among the youth and ethnic Kazakh nationalists, and fuelling latent tensions between the Kazakh and ethnic Russian population. Equally, the US diplomats worked hard to create negative perceptions regarding China in the Kazakh public opinion. Blinken’s sense of frustration must be understood from this perspective.

Washington is particularly apprehensive that no firm timeline has been given to the Russian deployment.

Kazakhstan has been a member of NATO’s Partnership for Peace since 1994. It was the only Central Asian country to depute a military contingent to fight the Afghan war under NATO banner. Kazakhstan was being groomed as a potential member of the NATO, like Ukraine and Georgia. All that now seems a pipe dream.