While the odious governor of the Odessa Region Mikhail Saakashvili is concocting plans to end smuggling in “his” region in 100 days, the resort town, the “pearl of the sea”, is avoided by many cruise ships. Due to the instability in Ukraine, the number of Odessa port visits has decreased by 80 per cent. 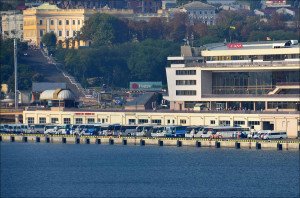 “There are five times fewer ships arriving than we estimated. The overall situation in the country, the tragic events in the East, all of that is damaging tourism to Odessa even though we are doing all we can to show the situation here is calm and there is no danger to tourists,” Odessa port administration head Mikhail Sokolov told journalists.

He also said that during the first six months of 2015, only six large ships paid visits to Odessa, instead of the originally planned 27. More than 60 per cent of the passengers are British, Americans, and Germans, reports TASS.

Odessa, which is one of Ukraine’s main tourist destinations, used to be visited by 120-130 thousand cruise ship passengers every year and the authorities planned to double that number over the next seven years. However, already last year only 28 foreign vessels visited Odessa out of 159 scheduled.

The city used to be visited by over a million tourists, but their number has decreased by 90 per cent since the coup and the start of the civil war in the East. There are no more tourists from Russia and Belarus who earlier represented about 80 per cent of the vacationers.


U.S. Ambassador to Ukraine Jeffrey Pyatt announced on Twitter that 100 US-made unarmored Humvees were delivered to Odessa by ship in the morning of July 18. The delivery was part of the well-known March 10, 2015 additional military aid package to Ukraine, which so far includes 30 armored and 200 unarmored Humvees.

Vigilantes patrol the streets of Odessa, from Associated Press, July 13, 2015 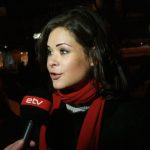 Foreign ‘governor’ of Odessa appoints another foreigner as his deputyDigest, Ukraine 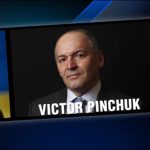 Film: ‘The oligarch factor in Ukraine’Films including documentaries, Ukraine