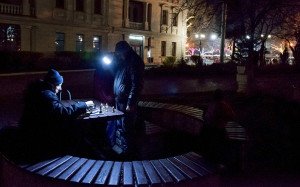 People play chess under a flashlight in Sevastopol, Crimea (AP)

A survey ordered by Vladimir Putin shows Crimea residents would rather break an electricity contract with Kiev, than sign one calling the peninsula part of Ukraine – even if it means further blackouts that began when a pylon bearing power lines was blown up.

Over 93 percent of respondents voted against signing a new electricity supply contract with Ukraine in the poll conducted by the All-Russian Public Opinion Research Center (VTsIOM) as the current contract expired. The results were announced by the center’s head, Valery Fyodorov, on Friday.

Background: The poll includes two questions. The first one inquires whether Crimeans would support signing a contract for electricity supply that mentions Crimea and Sevastopol as integral parts of Ukraine, something the Kiev authorities have insisting upon. Moscow has always disagreed with such wording in the contract.

The second question asks if Crimeans are ready to suffer a certain shortage of electricity for the following three to four months (in case they vote against signing a contract with Kiev). Ukraine used to provide around 70 percent of Crimea’s electricity.

The wording of the contract suggested by Kiev, which describes the peninsula as part of Ukraine, was the apparent reason for the negative vote. Crimea voted to withdraw from Ukraine in March 2014.

Officials said concrete pylons supporting power lines near the village of Bohdanivka in southern Ukraine’s Kherson region were damaged on the night of December 30. Explosions struck the ‘Kakhovka-Titan’ line to Crimea, the only one of four lines to be restored by Ukraine following the explosions of Nov 22, 22 that knocked out all four electricity lines from Ukraine to Crimea. 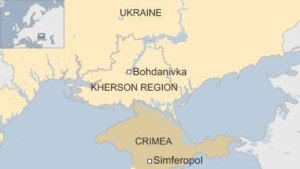 In addition, 94 percent said they were ready to put up with minor disruptions in electricity while Russia is working to provide 100 percent power supply to Crimea in the following months. Before the secession and power cuts that followed, Ukraine had supplied almost three quarters of Crimea’s electricity.

“Six and a half percent have voted for the contract, while 92.6 percent didn’t support signing the contract that says Crimea and the city of Sevastopol are parts of Ukraine,” Fyodorov said.

About 2,500 people in Crimea and 500 in Sevastopol participated in the poll, meaning the statistical margin for error doesn’t exceed 4.5 percent, according to Fyodorov.

Respondents had to answer two questions. The first was whether Crimeans supported signing a contract that describes Crimea and Sevastopol as integral parts of Ukraine. If the answer to the first question was “no,” then the second question asked whether Crimeans were ready to suffer electricity shortages in the following three to four months. 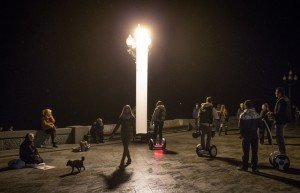 Portable light poles are being used to light the evenings in Crimea (Stanislav Krasilnikov, TASS)

If Ukraine doesn’t change the wording in question, Russia is most likely to abandon the contract, Dmitry Peskov, the Russian president’s press secretary, said, upon learning of the outcome of the poll. Putin has already been informed of the results of the survey, he added.

The vote was ordered by President Putin, who wanted to know if locals approved of the renewal of the contract with the Ukrainian Ukrenergo company.

The order followed yet another power line disruption that occurred on December 30 when an electricity pylon was blown up. Ukrainian ultranationalists from the Right Sector group had already damaged a pylon in November, and then prevented rescue teams from repairing it. Since that act of sabotage, Crimea has been suffering from constant blackouts, prompting Russia to boost its own power supplies to the republic and fly in emergency generators.

Read also:
Crimea faces months without power rather than be defined as part of Ukraine, by Roland Oliphant, The Telegraph, Jan 1, 2016

… Now the Kremlin is set to reject new supply contract with Kiev after an opinion poll showed overwhelming opposition to wording that implied Crimea and Sevastopol are part of Ukraine.

“It is fairly certain that the president will decide not to sign the contract on those conditions,” Dmitry Peskov, Mr Putin’s press secretary, said after the results of the poll were announced on Friday.

A previous contract to supply electricity to the peninsula expired on January 1, and electricity supplies were cut at midnight on Thursday, Russian media reported. 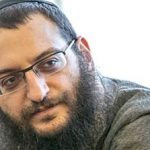 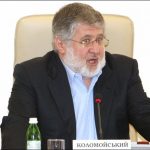