Who shot flight MH17 from over Eastern Ukraine?

Dutch prosecutor Fred Westerbeke directs the international investigation into the crash of Malaysia Airlines Flight 17 on July 17, 2014. He talks to Der Spiegel about secret satellite images and a possible involvement of the Ukrainian military. Original interview in German here. Below is a Google translation.

Der Spiegel: Mr. Westerbeke, your job as chief prosecutor sounds hardly solvable: MH17 flight was shot down over a civil war zone. Even now, three months later, your crime scene is not accessible. What gives you hope someday to be able to bring someone to court?

Westerbeke: The Netherlands does not determine the case alone. There is a very good cooperation with police and prosecutors, especially in Malaysia, Australia and the Ukraine. It is not easy. But we can do it.

Spiegel: In what period of time?

Westerbeke: Look at Lockerbie, the bombing of a Pan Am jumbo in December 1988 with 270 deaths. At that time, it took three years before you could name those responsible. We will certainly need the whole next year for our work, and perhaps even longer.

Spiegel: The Federal Intelligence Service BND [of Germany] assumes that pro-Russian separatists have shot down the plane with a surface to air missile. Recently, corresponding satellite images were presented to some German parliamentarians. Do you know these images?

Westerbeke: The problem is that there are very many different satellite images. Some of them can be found on the Internet, others come from foreign intelligence agencies.

Spiegel: High-resolution images, for example from US spy satellites could play a crucial role in the investigation of the case. Did you get those shots of the Americans?

Westerbeke: We are not sure if we already have everything, or whether there are more – material that may be even more specific. What we have at present is certainly not enough to draw any conclusions. We remain in contact with the United States to get satellite images.

Spiegel: The shooting down of flight MH17 is the biggest criminal case in the history of your country. How many investigators are currently working?

Westerbeke: In the Netherlands alone there are ten prosecutors. Three of them coordinate the investigation, two work at the international level. Two more are responsible for the care of relatives. In addition, forensic experts number around 80. There are regular meetings with colleagues from Malaysia, Australia and the Ukraine to divide the work.

Spiegel: Because of fighting at the crash site, again and again, none of your investigators is on site. On what do you rely instead?

Westerbeke: There are metal fragments that were found in the bodies of the dead and in pieces of luggage. This could be shrapnel from a Buk rocket, possibly also parts of the aircraft itself. We analyze this, so far there are no results. We also have some witnesses who were on the spot immediately after the crash. On the Internet, we spot an immense amount of information. We also have various recordings of telephone conversations from the Ukrainian police. Some of it is already available online, but we did get richer material.

Spiegel: So far, is there any indisputable evidence?

Westerbeke: If you look in the newspapers, yes. But if we really want to bring the perpetrators to justice, we need more evidence than a recorded phone call from the internet or photos of the crash site. That’s why we take several scenarios into consideration.

Spiegel: What are the scenarios?

Westerbeke: An accident, a terrorist attack, the shooting down by a surface to air missile or an attack by another aircraft. We have ruled out the first two.

Spiegel: Moscow circulated for some time, a claim that the passenger plane had been shot down by a Ukrainian fighter jet. Do you think it possible?

Westerbeke: Based on the available information, a launch by a ground-to-air missile is, in my eyes, still the most likely scenario. But we do not close our eyes to the possibility that it might have been different.

Spiegel: The initial report of the OVV (Dutch Safety Board) states there were no military jets in the vicinity.

Westerbeke: Right. But that statement is based on information that was available at the time. The question is: Do the Russians have more evidence?

Spiegel: Your Prime Minister Mark Rutte has recently criticized Vladimir Putin because of his lack of support in the MH17 case. What is the role of Russia in the investigation?

Westerbeke: At the moment, not large, since it is not part of the investigation team. We are preparing a request for assistance, in which we ask Moscow for information that could be important. Among other things, we seek radar data with which the Russians wanted to prove the presence of a Ukrainian military jet near MH17 after the crash.

Spiegel: If you actually take the potential of the Ukrainian Air Force firing on Flight MH17, is it not absurd that Ukraine is involved in the investigation?

Westerbeke: Of course that’s a problem. But we cannot determine without them. I want a way to make it clear: We have no evidence that Kiev has not been completely open with us. They give us all the information we want. 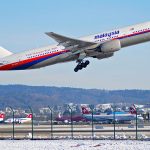 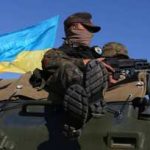