COVID vaccines: The most lethal example of Israel’s disregard for Palestinian lives 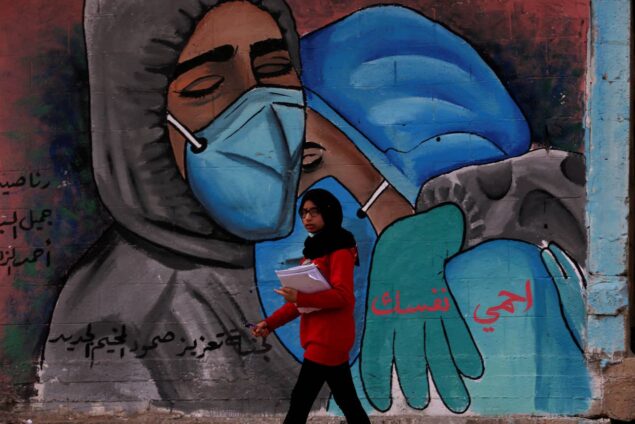 A student walks past a mural encouraging the wearing of face masks amid the coronavirus pandemic, on the main road of Nusseirat refugee camp, central Gaza Strip, November 24, 2020.

It is one thing to blockade the people of Gaza for supposedly security purposes. It is another level of deplorable to deny them a life-saving vaccine

As many around the world with the privilege of decision, autonomy and movement are debating whether or not to take the COVID-19 vaccine when it becomes available to them, for others the issue is not when they will receive it but if and how the vaccine will be made available to them.

Such is the case for the people of Gaza.

Israel’s violations towards Palestinians are often justified as protecting Israel’s security and national interests. However, failing to provide vaccines for Palestinians in the Occupied Palestinian Territory has nothing to do with security, and little to do with protecting the State of Israel. It is more akin to a complete disregard for the humanity and lives of Palestinians.

As people in Gaza and the rest of the occupied Palestinian territories continue to contract and die of COVID-19, Israel continues to deny that it has any responsibility with respect to the provision of vaccines, despite this being completely untrue under international humanitarian law and international human rights law.
It is one thing to blockade a people for supposedly security purposes, as Israel has done with respect to Gaza since 2007, which is already an inhumane act with little justification, but it is another level of deplorable behavior to then deny those who are occupied and blockaded a life-saving vaccine during a once-in-a-century pandemic that has killed over 1.9 million people worldwide. 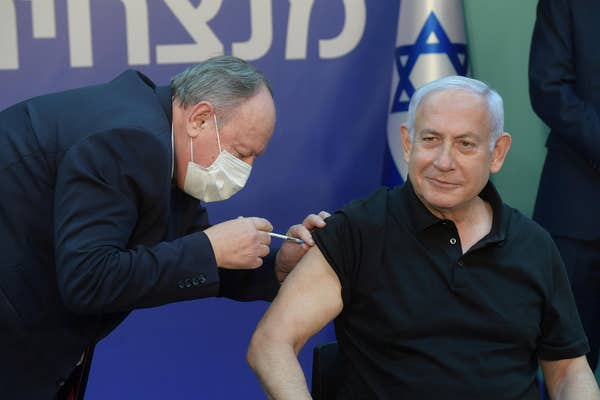 The worst part is that it is well within Israel’s capabilities to provide that vaccine.

In fact, we are seeing Israel leading the world in vaccinating for COVID-19, with nearly two million Israelis, 20 percent of the population, having already received the first dose, yet Israel has failed to step up and vaccinate Palestinians. Israel has reportedly given Palestinians in East Jerusalem access to the vaccine, however the remainder of Palestinians living in the West Bank and Gaza are ignored.

Israel denies even the most basic and vital provision of vaccines to Palestinians. The World Health Organisation asked Israel to make the vaccine available for Palestinian health workers but Israel refused, arguing that they did not have enough vaccines, all while surpassing the rest of the world in the rate at which it is vaccinating its people.

Even if Israel was not the occupying power, with a legal obligation to vaccinate the people within those confines, as a country clearly with the capabilities to purchase and distribute vaccines – as Prime Minister Netanyahu has said “Israel is the world championin vaccines” – Israel should be assisting those in its region who are struggling to gain vaccines. 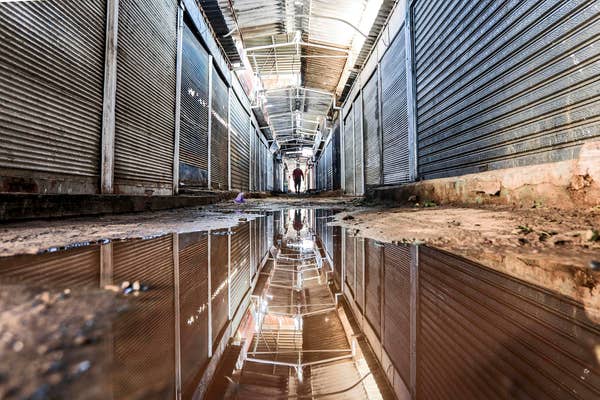 A Palestinian walks past an empty alley at the main market in Gaza city, closed for the weekend due to the COVID-19 pandemic. December 18, 2020.Credit: MAHMUD HAMS – AFP

This is just what is done during times of global and regional need such as a pandemic. Countries should look out for those in their vicinity and all over the world who need assistance because we are all in this together – and that is before we even consider that Israel is actually obligated to do this under international law with respect to the occupied territories.

If the Palestinian Authority is able to obtain vaccines, which is challenging due to a lack of funds – there are reports that they may receive the vaccine from Russia but this has been stalled – then at the very least Israel must ensure these vaccines are not prevented from reaching Gaza due to border closures and the obstruction of medical supplies.

If Israel does not step in as it should to distribute vaccines to the occupied territories, then it is up to the international community to ensure that Palestinians have access to the vaccine. The Covax regime will only cover 20 percent of the population in the OPT and that will be the total coverage at the end of the program which will take time to deliver. This therefore leaves a considerable number of vulnerable people who will not receive the vaccine.

In particular, the two million people who reside in Gaza which has been deemed unlivable by UN experts, must receive the vaccine with urgency considering the blockaded nature of the enclave, which has resulted in a lack of medical care and medications. The people in Gaza must also have a high level of protection, not just the 20 percent offered by Covax to protect the community. 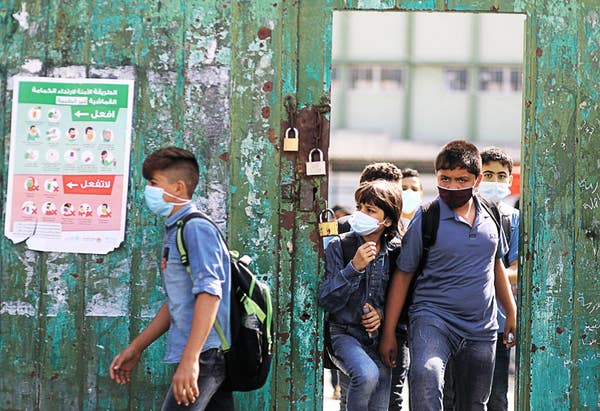 Palestinian students in the Gaza Strip, where schools partially reopened in late October. Schools are experimenting with different techniques, including classes via Zoom.Credit: Mohammed Salem/Reuters

The World Health Organisation has said that it is coordinatingwith United Nations agencies to ensure the vaccine for Gaza but the extent of this assistance is uncertain at this stage particularly without the cooperation of Israel.

In the vacuum of real support from Israel, others such as the United Arab Emirates have provided assistance to Gaza in its effort to respond to COVID-19, including the provision of medical supplies and testing kits – and potentially vaccines. This is an interesting development in a period in which the UAE signed a controversial normalization deal with Israel. Qatar has also recently provided auxiliary COVID relief to the Gaza Strip.

Israel has said that if it has enough vaccines then it will “considerhelping the Palestinian Authority.” This is a strange and unfortunate statement because providing the vaccine to Palestinians isn’t a choice for Israel nor will it be a benevolent act that should be applauded if Israel does assist the PA with vaccines – it is an obligation under international law.

***
Shannon Maree Torrens is an international and human rights lawyer from Sydney, Australia. She has worked at the United Nations international criminal tribunals and courts for the former Yugoslavia, Rwanda, Sierra Leone and Cambodia, and with the International Criminal Court. She holds a PhD in international criminal law from the University of Sydney. Twitter: @shannonmtorrens
Editors’ Note: While we don’t necessarily share the views we publish on New Cold War, we do attempt to provide readers with a range of views. This is because your right to make your own mind up depends on your being fully informed.
Share
Tweet
Share
Pin