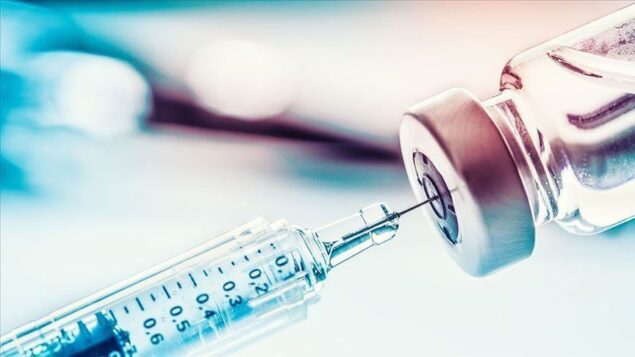 The COVID-19 pandemic has changed the attitude of big pharma.  Now there are billions to be made in selling effective vaccines to governments and health systems.  And in double-quick time, a batch of apparently effective vaccines has emerged with every prospect of them being available for people within the next three to six months – a record result.

Before the COVID-19 pandemic engulfed the world, the big pharmaceutical companies did little investment in vaccines for global diseases and viruses.  It was just not profitable. Of the 18 largest US pharmaceutical companies, 15 had totally abandoned the field.  Heart medicines, addictive tranquilizers and treatments for male impotence were profit leaders, not defences against hospital infections, emergent diseases and traditional tropical killers.  A universal vaccine for influenza—that is to say, a vaccine that targets the immutable parts of the virus’s surface proteins—has been a possibility for decades, but never deemed profitable enough to be a priority.  So, every year, we get vaccines that are only 50% efficient.

But the COVID-19 pandemic has changed the attitude of big pharma.  Now there are billions to be made in selling effective vaccines to governments and health systems.  And in double-quick time, a batch of apparently effective vaccines has emerged with every prospect of them being available for people within the next three to six months – a record result.

There should be authorisation of the Pfizer-BioNTech and Moderna vaccines by year-end in the EU and the UK, with the deployment of an initial 10-20 million doses each (5-10 million treatments) underway through the turn of the year. Widespread vaccination from COVID-19 beyond high-risk groups is likely to be underway across Europe by the spring, with a sufficiently large share of European populations vaccinated by the end of the summer.

The Pfizer-BioNTech vaccine against COVID-19 was reported to have over 90% efficacy. Moderna reported that its vaccine reduced the risk of COVID-19 infection by 94.5%.  Among other leading vaccine developers, AstraZeneca is expected to release Phase III trial results by Christmas, with a number of others currently also conducting late-stage trials. By year-end, the EU and the UK should have enough doses to treat around 5 million people each (with a single treatment involving two doses).  And there are others: Gamaleya, Novavax, Johnson & Johnson, Sanofi-GSK; as well as the Sputnik vaccine from Russia and China’s own. 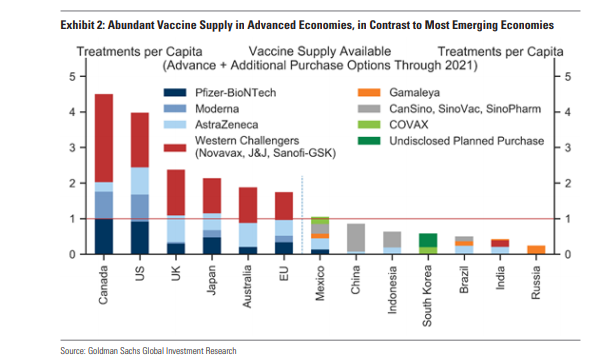 How was this possible so quickly?  Well, it was not due to big pharma coming up with the scientific research solutions.  It was down to some dedicated scientists working in universities and government institutes to come up with the vaccine formulas.  And that was made possible because the Chinese government quickly provided the necessary DNA sequences to analyse the virus.  In sum, it was government money and public funds that delivered the medical solution.

Basic research for US vaccines is done by the National Institutes of Health (NIH), Defense Department and federally funded academic laboratories. The vaccines made by Pfizer and Moderna rely heavily on two fundamental discoveries that emerged from federally funded research: the viral protein designed by the NIH; and the concept of RNA modification first developed at the University of Pennsylvania. In fact, Moderna’s founders in 2010 named the company after this concept: “Modified” + “RNA” = Moderna.

So Moderna’s vaccine has not come out of nowhere. Moderna had been working on mRNA vaccines for years with the National Institute of Allergy and Infectious Diseases (NIAID), a part of the NIH. The agreement consisted of some level of funding from Moderna to the NIH, along with a roadmap for NIAID and Moderna investigators to collaborate on basic research into mRNA vaccines and eventually development of such a vaccine.

The US government has poured an additional $10.5 billion into various vaccine companies since the pandemic began to accelerate the delivery of their products. The Moderna vaccine emerged directly out of a partnership between Moderna and the NIH laboratory.

The US government—and two agencies in particular, the NIH and Biomedical Advanced Research and Development Authority (BARDA)—has invested, heavily, in the vaccine’s development. BARDA is an arm of the Department of Health and Human Services formed in 2006 in response to—wait for it—SARS-CoV-1 (and other health threats). It provides direct investment in technologies to firms, but also engages in public-private partnerships (PPPs) and coordinates between agencies. A specific part of BARDA’s mission is taking technologies through the “valley of death” between creation and commercialization.

The German government ploughed funds into BioNTech to the tune of €375 million, with another €252 million has been made to support development by CureVac.  Germany also raised its contribution to the Coalition for Epidemic Preparedness Innovations (CEPI) by €140 million and plans to provide an additional €90 million next year.  CEPI was launched in Davos, Switzerland, in 2017 as an innovative global partnership between public, private, philanthropic and civil society organisations to develop vaccines to counter epidemics, and Germany pledged an annual €10 million over a four-year period to support the initiative. CureVac is one of nine institutes and companies commissioned by CEPI to conduct research into a COVID-19 vaccine. One of its shareholders is the government-owned Kreditanstalt für Wiederaufbau (KfW) bank.

But it is big pharma that develops the vaccine from the scientific work of public institutes.  They call the shots. The drugs companies do the global clinical trials, then produce and market the result.  Then they sell the vaccines to governments at huge profits.  This is the way things were done before the pandemic – and now. In the US, in the 10-year period between 1988 and 1997, public-sector expenditures for vaccine purchases doubled from $100 to $200 per child through age 6. The cumulative public-sector cost doubled again in less than 5 years between 1997 and 2001, from $200 to almost $400 per child.

Very little is still known about the terms of the COVID vaccine contracts that EU governments have signed with pharma groups including AstraZeneca, Pfizer-BioNTech, Sanofi-GlaxoSmithKline and CureVac. But once the secrecy is peeled away, what we will see is a massive privatisation of billions of dollars of government funds.  It is reckoned that the AstraZeneca has sold its jab to governments at about $3 to $4 a dose, while the Johnson & Johnson shot and the vaccine jointly developed by Sanofi and GSK were priced at about $10 a dose. AstraZeneca has promised not to profit from its jab during the pandemic, but that applies only until July 2021.  After that, they can cash in.  US biotech Moderna is going to charge $37 a dose, or $50 to $60 for the two-shot course.

Coronavirus vaccines are likely to be worth billions to the drug industry if they prove safe and effective. As many as 14 billion vaccines would be required to immunize everyone in the world against COVID-19. If, as many scientists anticipate, vaccine-produced immunity wanes, billions more doses could be sold as booster shots in years to come. And the technology and production laboratories seeded with the help of all this government largesse could give rise to other profitable vaccines and drugs.

So while much of the pioneering work on mRNA vaccines was done with government money, the privately owned drugmakers will walk away with big profits, while governments pay for vaccines they helped to fund the development of in the first place!

The lesson of the coronavirus vaccine response is that a few billion dollars a year spent on additional basic research could prevent a thousand times as much loss in death, illness and economic destruction. At a news conference US health adviser, Anthony Fauci, highlighted the spike protein work. “We shouldn’t underestimate the value of basic biology research,” Fauci said.  Exactly. But as many authors, such as Mariana Mazzacutohave shown, state funding and research has been vital to development of such products.

What better lesson can we learn from the COVID vaccine experience than that the multi-national pharma companies should be publicly owned so that research and development can be directed to meet the health and medical needs of people not the profits of these companies.  And moreover, then the necessary vaccines can get to the billions in the poorest countries and circumstances rather than to just those countries and people who can afford to pay the prices set by these companies.

“This is the people’s vaccine,” said corporate critic Peter Maybarduk, director of Public Citizen’s Access to Medicines program. “Federal scientists helped invent it and taxpayers are funding its development. … It should belong to humanity.”