COVID-19: UN chief calls for global ceasefire to focus on ‘the true fight of our lives’ 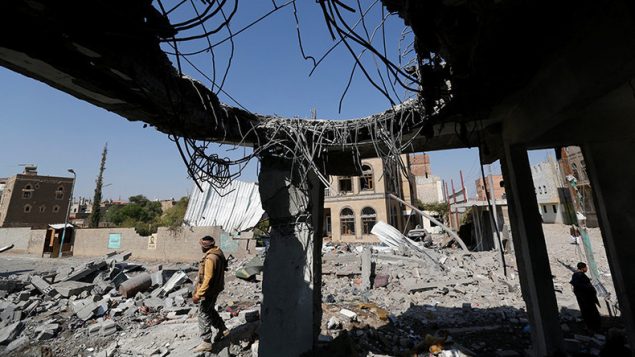 In an appeal issued on March 23, UN Secretary-General António Guterres urged warring parties across the world to lay down their weapons in support of the bigger battle against  COVID-19: the common enemy that is now threatening all of humankind.

In an appeal issued on Monday, UN Secretary-General António Guterres urged warring parties across the world to lay down their weapons in support of the bigger battle against  COVID-19: the common enemy that is now threatening all of humankind.

“The fury of the virus illustrates the folly of war”, he said.  “That is why today, I am calling for an immediate global ceasefire in all corners of the world.  It is time to put armed conflict on lockdown and focus together on the true fight of our lives.”

To warring parties: Pull back from hostilities. Silence the guns; stop the artillery; end the airstrikes.
This is crucial to help create corridors for life-saving aid, open windows for diplomacy & bring hope to places among the most vulnerable to #COVID19 – @antonioguterres

The ceasefire would allow humanitarians to reach populations that are most vulnerable to the spread of COVID-19, which first emerged in Wuhan, China, last December, and has now been reported in more than 180 countries.

So far, there are nearly 300,000 cases worldwide, and more than 12,700 deaths, according to the World Health Organization (WHO).

As the UN chief pointed out, COVID-19 does not care about nationality or ethnicity, or other differences between people, and “attacks all, relentlessly”, including during wartime.

It is the most vulnerable – women and children, people with disabilities, the marginalized, displaced and refugees – who pay the highest price during conflict and who are most at risk of suffering “devastating losses” from the disease.

Furthermore, health systems in war-ravaged countries have often reached the point of total collapse, while the few health workers who remain are also seen as targets.

The UN chief called on warring parties to pull back from hostilities, put aside mistrust and animosity, and “silence the guns; stop the artillery; end the airstrikes”.

This is crucial, he said, “to help create corridors for life-saving aid. To open precious windows for diplomacy.  To bring hope to places among the most vulnerable to COVID-19.”

While inspired by new rapprochement and dialogue between combatants to enable joint approaches to push back the disease, the Secretary-General said more still needs to be done.

“End the sickness of war and fight the disease that is ravaging our world”, he appealed.  “It starts by stopping the fighting everywhere. Now. That is what our human family needs, now more than ever.”

The Secretary-General’s appeal was broadcast live over the Internet from a virtual press conference held at UN Headquarters in New York, where most staff are now working from home to help curb further spread of COVID-19.

He answered questions from reporters which were read by Melissa Fleming, head of the UN Department of Global Communications, the parent office of UN News.

The UN chief said his Special Envoys will work with warring parties to make sure the cease-fire appeal leads to action.

Asked how he was feeling, Mr. Guterres responded that he is “strongly determined”, underlining that the UN must be active at this moment.

“The UN must fully assume its responsibilities first doing what we have to do    our peacekeeping operations, our humanitarian agencies, our support to the different bodies of the international community, the Security Council, the General Assembly but, at the same time, it’s a moment in which the UN must be able to address the peoples of the world and appeal for a massive mobilisation and for a massive pressure on governments to make sure that we are able to respond to this crisis, not to mitigate it but to suppress it, to suppress the disease and to address the dramatic economic and social impacts of the disease”, he said.

“And we can only do it if we do it together, if we do in a coordinated way, if we do it with intense solidarity and cooperation, and that is the raison d’etre of the United Nations itself”.