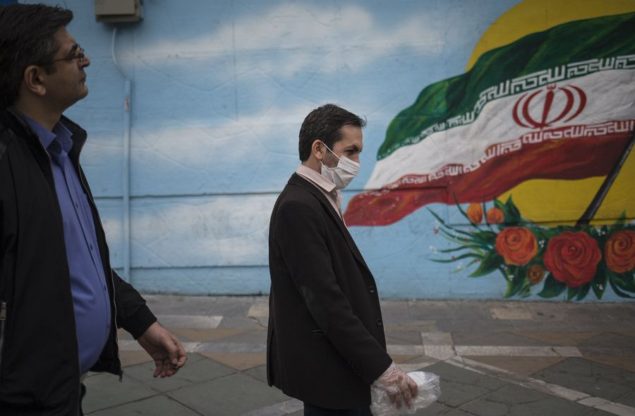 A man wearing face mask walks on a street in downtown Tehran, Iran, on March 18, 2020. [Photo/Xinhua]
It seems that the COVID-19 fight could be another milestone in Iran’s rise as a major regional power.

As has long been suggested, crisis not only means danger but also opportunities.

Iran was unfortunate to be one of the first countries to face an outbreak of the COVID-19, but this fortunately enabled it to achieve earlier control of the spreading disease. This will definitely boost Iran’s standing in the region in a meaningful way.

History suggests that the COVID-19 fight will bring about changes in both the global and regional order. Under the usual scenario, those maximizing the benefits accruing from an event can improve their position.

In regard to disasters like the COVID-19 pandemic, those who had minimized the cost due to earlier control of the disease have a better chance of emerging as the winner in the competition, especially in improving their standing in the regional arena. Iran, therefore, should be a beneficiary in such a scenario.

Iran was among the earliest countries to report a severe outbreak of the disease in late February and early March. Fortunately, it has taken strong and necessary measures to deal with the epidemic.

It took very seriously the advice of Chinese experts, and launched massive testing program among the affected people, restricted inter-regional traffic, advised self-isolation at home and constructed temporary hospitals as soon as possible.

Although the struggle was a bitter one, these efforts brought Iran meaningful rewards. By mid-April, the growth of new infections in Iran had slowed down, and the number is expected to be reduced to under 1,000 per day by the end of April judging by the current trend.

By mid-April, Iran’s number one place among infections in the region had been taken by Turkey. While the number of Iran’s total infections remained stable at 85,000, that of Turkey was crossing the threshold of 100,000 on April 24. Iran’s population is a bit over 80 million, and Turkey’s slightly under.

According to reports, Iran constructed the largest factory in West Asia producing face masks, with a current level of 1 million per day, and an eventual target of 4 million. A significant proportion of the masks will be exported to the region.

According to high-level government officials, Iran will also be able to export testing kits and ventilators in the near future. Hence, it seems likely Iran will become a regional supply source of materials needed in the COVID-19 fight.

Worthy of mention is also Iran’s immunity to the declining oil prices. As a major source of oil, the Middle East will be one of the regions hit hardest by the pandemic economically. The last months have seen massive suspensions of production, disruptions of international traffic and lockdowns of major cities across the world.

This will have a crushing impact on the world economy, and its huge negative impact on oil markets has already been fully exposed as the oil prices have plummeted to an historical low level.

Iran is among major oil producers, but due to U.S. sanctions, exports have remained at low level for a long time. Iran used to export 2 million barrels of crude a day, approximately one-fifth the level of Saudi Arabia. However, the number was reduced to about 1 million barrels per day in 2012 during Barack Obama’s presidency, and was further reduced when Donald Trump restored the sanctions in 2018.

This has seriously reduced Iran’s oil income for many years, but, ironically, has made Iran one of the countries least dependent on oil revenues. As the COVID-19 continues to damage the global economy and world demand for oil, Iran may prove to be one of the few countries in the region to be less affected by the global economic recession.

Partly due to the relatively successful control of the disease, Iran has renewed its assertiveness in regional affairs, weakened after the targeted killing of General Soleimani.

Iran’s Foreign Minister Mohammad Zarif paid a visit to Syria on April 20, promising support for Bashar Assad, and Iran’s 11 gunboats confronted six U.S. vessels in the Gulf on April 15, which was described as harassment by Trump. Possibly Iran will achieve more involvement in regional affairs while other major regional powers remain in the virus quagmire.

All in all, it seems that the COVID-19 fight could be another milestone in Iran’s rise as a major regional power. The last two decades have seen the Iraq war in 2003, “Arab Spring” and the Syrian civil war; Iran has taken advantages of all these crises to improve its regional standing. COVID-19 could be another such opportunity.

There is one caveat to this scenario and that is whether Iran can gain full victory over the virus, or whether it might not witness a second outbreak, something many countries fear. 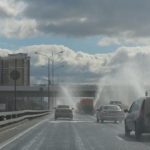 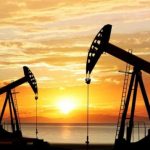