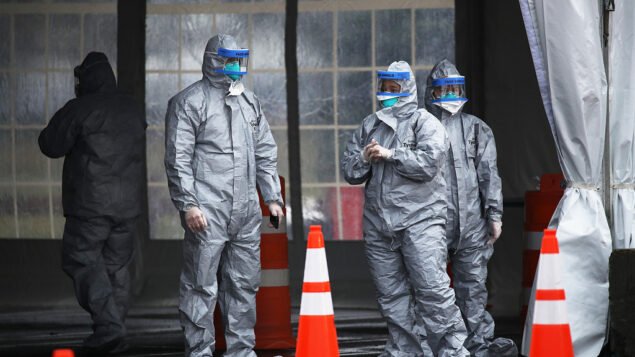 The U.S.’s official COVID-19 death toll has crossed the 900,000 mark. However, The Wall Street Journal points out that excess deaths since the start of the pandemic, nearly all attributable to COVID-19 or “COVID-19 deaths improperly recorded and deaths from other causes amplified by the pandemic,” already stand at 1 million.

The U.S.’s official COVID-19 death toll has crossed the 900,000 mark. However, The Wall Street Journal points out that excess deaths since the start of the pandemic, nearly all attributable to COVID-19 or “COVID-19 deaths improperly recorded and deaths from other causes amplified by the pandemic,” already stand at 1 million.

This is nothing other than a scandalous failure of the U.S.’s ruling establishment and they show no signs of acknowledging it. Still, as the possibility, even probability given the mass of the unvaccinated in the U.S. and worldwide, of new variants emerging remains, authorities in the U.S. and elsewhere are talking of easing restrictions. American physician-scientist and immunologist Anthony Fauci is speaking of the U.S. emerging from the “full blown” phase of the pandemic into one in which COVID-19 has become “endemic,” as if that were something to stop worrying about.

Dismissing the pandemic as no worse than a cold, former U.S. President Donald Trump failed to coordinate any national response or any countrywide lockdown to stall the spread of the virus, let alone use the breathing space it would have created to prepare a strategy for suppression, as China had done. Like most Western governments, the U.S. government was concerned about limiting economic damage to the wealthiest. No wonder such response from these governments did not inspire much popular trust.

Deepening social and political divides in the U.S. had already catapulted Trump into the White House and, inevitably, the pandemic became another front of division. As disinformation about the virus, the illness and its treatment and opposition to the lockdowns exploded in social media, outrageous dog-whistle presidential tweets added fuel to this fire. However, having failed to call a national lockdown, now he could not call a nationwide end to the patchwork of restrictions imposed by states even when that social base clamored for it. Such people were, of course, heedless of how such premature easing would expose the disproportionately non-white, working class to the virus onslaught.

Long committed to corporate and commodified medicine, neoliberal governments have simply refused to bolster health systems or build the sort of community-based social and medical care capacity for testing, tracing and supported isolation of cases and contacts that were actually necessary for suppressing the virus. Instead, politicians offered their capitalist friends opportunities for private profiteering in the name of providing health and other public services and that included funding Big Pharma to produce vaccines. 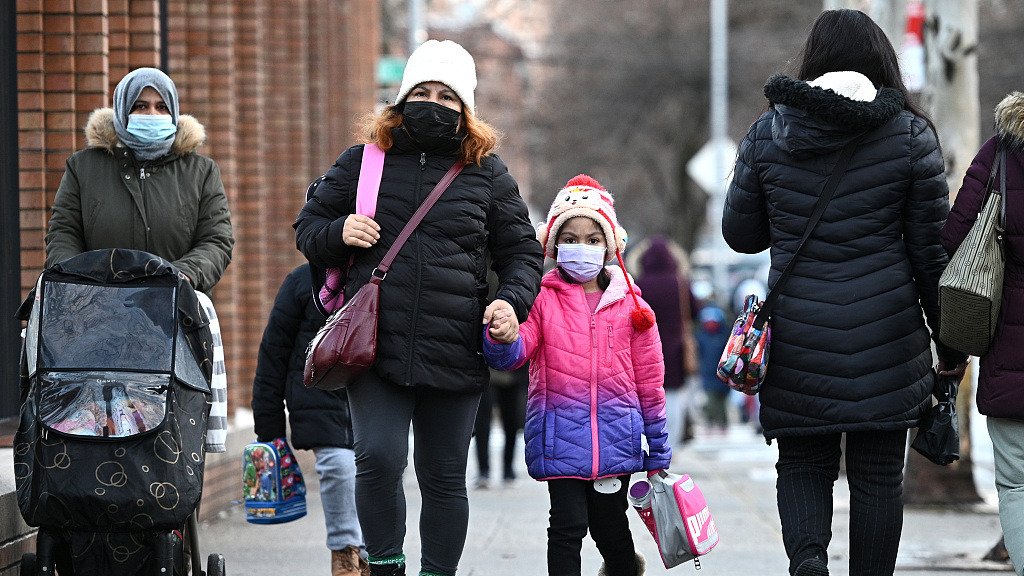 A child wears a mask while being accompanied to school in the New York City borough of Queens, New York City, February 8, 2022. /VCG

Vaccines have been the only strategy of Western countries against the virus other than minimal and therefore repeated national or local lockdowns. Meanwhile, hesitantly applied lockdowns inevitably proved longer and more repeated than necessary, sending economies plummeting into deeply negative territory and endangering the real livelihoods of working people.

Like Trump and other neoliberal governments, the Joe Biden administration also had nothing but mitigation and vaccines to offer. The Trump administration’s Operation Warp had already pumped massive public subsidies to Big Pharma for vaccine development and by late 2020, some of them began to show results. However, Biden’s vaccination campaign has stalled. Nearly 40 percent of the U.S. population is not “fully vaccinated” and the definition of that is changing anyway since a third “booster” shot is necessary to protect well against the Omicron variant. The fact is that working people, particularly the racialized and women, are dying disproportionately form the disease not because of genetic reasons but because they are more exposed and less well served by health services.

Friedrich Engels had long ago indicted capitalism with “social murder.” Capitalism places workers in a position where they inevitably meet a too early and an unnatural death, one which is quite as much a death by violence as that by the sword or bullet – when it deprives thousands of the necessaries of life, places them under conditions in which they cannot live, forces them, through the strong arm of the law, to remain in such conditions until that death ensues which is the inevitable consequence, knows that these thousands of victims must perish, and yet permits these conditions to remain.

The pandemic had ratcheted this murderousness a notch: capitalist ruling classes are intentionally sacrificing millions of lives at the altar of capital and profit and justifying it as a hard choice between saving “lives and livelihoods.” The terrifying truth is that what they really mean by “livelihoods” is the capitalist form of Western economies. When societies are reduced to saving their form by sacrificing their members, they must change that form or face the charge of social murder. 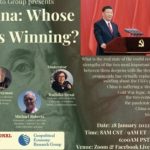 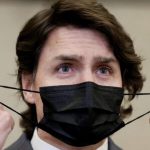