Those familiar with the history of the Turkish press, especially foreign observers, may not be convinced if they were told that the media in Turkey was freer in the recent past compared to today. 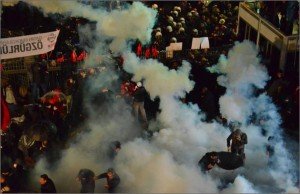 They may argue that the mainstream media in Turkey did not do its job in accordance with international norms and standards. They may say that the mainstream media preferred not to challenge the essential lines of the “state establishment” on issues like the Kurdish problem or the Armenian question, etc. They may accuse some media outlets of having controversial relations with successive governments – supporting a government for the continuation of certain economic advantages for the business dealings of their media group, or using editorial lines and reporting as leverage against the government to secure new economic gains.

That might well be the case, and it is certainly not something one should be proud of it.

But the difference with the present is that this past situation was of the media bosses’ own choosing. They were not forced or pressed to adopt this or that line.

Yes, there were times when the media came under pressure from the army, for example. The Islamist and the Kurdish media suffered from this. I do not recall, however, any Islamist journalists spending time in jail in the 1990s when the army was powerful and waging a campaign against religious parties.

The mainstream media was also under the close monitoring of the army, especially at the peak of the fight against the outlawed Kurdistan Workers’ Party (PKK). The fundamental rights of the Kurds (as simple as being accepted as ethnic Kurds and not Turks) were disregarded and human rights violations during the fight against terrorists were not reported properly.

But let’s be honest: Most of the key players in the mainstream media did not differ tremendously from the essential line of the “state establishment.” This is why I say their stance was of their own choosing. Not only did the army not have the tools to accuse a media outlet of tax evasion or oil smuggling, it did not even have to.

Today the players in the media have changed roles. The Islamic media has become the mainstream. By its own choice, it endorses the policies of the government. When it comes to the former mainstream media, the editorial line and news coverage it provides is not of its own choosing. It is forced to not challenge government policies, or else face legal battles in a judicial environment that is under governmental control.

The former mainstream media have replaced the former Islamist/marginal media in terms of being the target of unfair treatment. But the Islamist media’s past distress is nothing compared to what is endured today. Journalists from former mainstream media like Mustafa Balbay, Ahmet Şık, Nedim Şener, Can Dündar and Erdem Gül have all served long jail terms.

Thousands of journalists have been fired. The former mainstream media has been downsized to such an extent that little is left of it. Most recently, on March 22, the Doğan Group newspaper Radikal ended its operations. It first started publishing 21 years ago and recently turned into a website-only outlet in order to survive a little longer.

The national and international public continues to tend to focus on the firing of well-known columnists and TV presenters in Turkey. The editors and reporters who are less known by the public are usually neglected. But they form the backbone of journalism; thousands of well-trained senior-level editors and reporters have lost and continue to lose their jobs.

The Sept. 12, 1980 military coup d’état caused irreparable damage to Turkish political life. It crushed the future generations of politicians, mostly from the left. That is why we have ended up with religious parties ruling the country, in the absence of meaningful alternatives.

The AKP will leave a similar legacy on the press. It will go down in history as the political force that has crushed imperfect but true journalists. Its oppression will have far-reaching consequences for the future of journalism and civil society in Turkey.


Turkey has reached new levels of journalist repression – yet the EU willingly lets itself be fooled for a deal, by Robert Ellis, The Independent, March 21, 2016

In January more than 1,000 academics signed a petition calling for a return to the peace process with the PKK. 30 have been dismissed, 27 suspended and three have just been detained prior to prosecution, for “making terrorist propaganda”

Erdogan vows to punish thought crimes, by Mustafa Akyol, Al-Monitor, March 17, 2016
‘… the way President Recep Tayyip Erdogan responded to the March 13 terrorist attack that killed 37 people in Ankara was disturbing. In a speech the following day, he not only condemned the terrorists who use bombs and weapons to kill people, he also condemned what he called “unarmed terrorists” who supposedly help them with their ideas. He said, “There is no difference between a terrorist with a gun and bomb in his hand and those who use their work and pen to support terror. The fact that an individual could be a deputy, an academic, an author, a journalist or the director of an NGO [nongovernmental organization] does not change the fact that that person is a terrorist.” ‘ 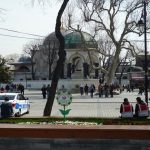