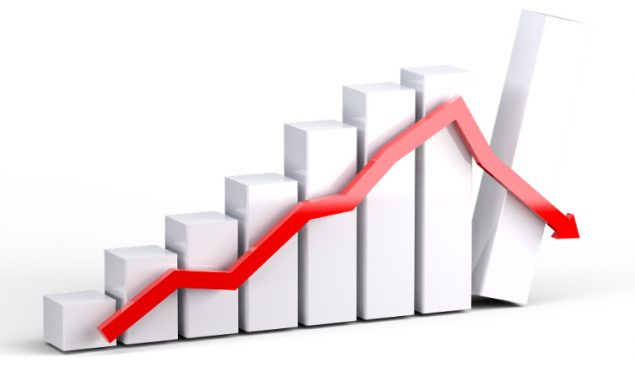 This piece by Michael Roberts offers an explanation on why Coronavirus has destabilised the global economy and gives some useful facts and an analysis.

As I write the coronavirus epidemic (not yet declared pandemic) continues to spread.  Over 100,000 people have been infected with more than 3300 deaths.  Coronavirus (COVID-19) is a flu-like virus that affects the human respiratory system. Even though more people die each year from complications after suffering influenza, and for that matter from suicides or traffic accidents, what is scary about the infection is that the death rate is much higher than for flu, at least ten times and perhaps 30 times higher.  So if it spreads across the world, it will eventually kill more people than annual flu ever does.  If you are old, have lots of health issues and live in bad conditions, but you still must travel and go to work, then you are at a much greater risk of serious illness or death.  COVID-19 is not an equal-opportunity killer.

But the illnesses and deaths that come from COVID-19 is not the worry of the strategists of capital.  They are only concerned with damage to stock markets, profits and the capitalist economy.  And stock markets are now in meltdown, with the biggest percentage fall since the global financial crash in 2008.

The real worry is whether this epidemic could be the trigger for a major recession or slump, the first since the Great Recession of 2008-9.  That’s because the epidemic hit just at a time when the major capitalist economies were already looking very weak.  The world capitalist economy has already slowed to a near ‘stall speed’ of about 2.5% a year.  And now the shutdown from COVID-19 has pushed the second largest economy in the world, China, into a ravine.  The US, so far, has avoided a serious downturn, partly because the epidemic has not spread widely in America.  Maybe the US economy can avoid a slump from COVID-19. But the signs are still worrying.  It really depends on how long the shutdown of factories, schools and travel lasts if the virus continues to spread globally.

The international agencies have limited options to avoid a slump.  The US Federal Reserve stepped in to cut its policy interest rate at an emergency meeting. Canada followed suit and others will follow this week.  The IMF and World Bank are making available about $50 billion through its rapid-disbursing emergency financing facilities.  But cuts in interest rates and cheap credit are not going to work to get an already weak global economy going again.

The problem is that this coming recession is not caused by ‘a lack of demand’, as Keynesian theory would have it, but by a ‘supply-side shock’ – namely the loss of production, investment and trade. Keynesian/monetarist solutions won’t work, because interest rates are already near zero and consumers have not stopped spending – on the contrary. Jon Cunliffe, deputy governor of the Bank of England, said that since coronavirus was “a pure supply shock there is not much we can do about it”.

Already major industries are in trouble.  Airlines are forecasting losses of up to $130bn in reduced flights and travel.  The collapse of the British regional airline, Flybe, is a micro example of what could happen across many sectors.  Flybe was already what we can call a zombie company, where profits were only barely enough to service large debts and pay wages, with nothing left to invest or expand.  The drop in flight sales from the virus epidemic was the final straw.

Globally, corporate debt is at record highs and, while the large super-tech companies like Apple or Amazon pile up the cash, most small and medium firms have already seen profits fall.  Indeed, the average profitability of capital in the top economies is at a 70-year low, while total profits are now falling globally.

The COVID-19 epidemic is sweeping capitalism into a new global slump.

Michael Roberts is a Marxist economist and the author of The Long Depression: Marxism and the Global Crisis of Capitalism (Haymarket 2016). He writes regular commentary and analysis on his blog, “The Next Recession.”

The Whole of the Storm: Money, debt and crisis in the current long depression 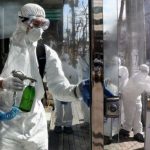 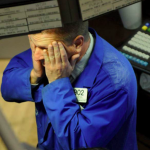