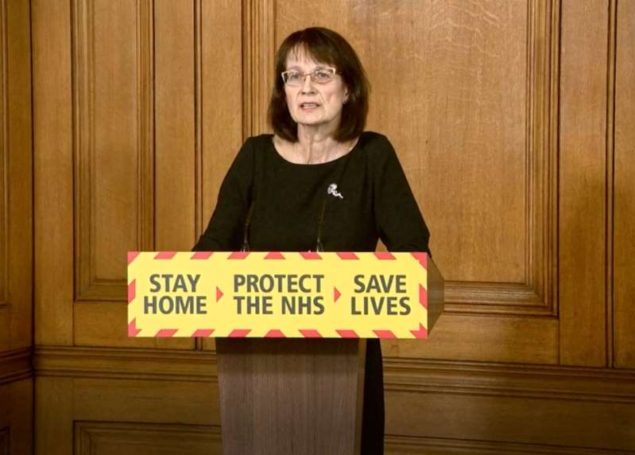 Medical advisers have been accused of lying to the British public about the coronavirus pandemic to prop up the government.

Medical advisers have been accused of lying to the British public about the coronavirus pandemic to prop up the government.

Richard Horton, the editor of medical journal The Lancet, criticised the government’s advisers, accused them of telling “manifest untruths”.

In a tweet posted on Sunday evening, he wrote: “When you see supposedly independent medical advisors to government tell what are manifest untruths to shore up a political regime whose credibility is rapidly collapsing, you have to say that those advisors have lost their integrity and our trust.”

When you see supposedly independent medical advisors to government tell what are manifest untruths to shore up a political regime whose credibility is rapidly collapsing, you have to say that those advisors have lost their integrity and our trust.

On Sunday, during the government’s daily COVID-19 briefing, England’s deputy chief medical officer, Dr Jenny Harries, claimed the UK has been an “international exemplar in preparedness” during the pandemic.

She made the remark despite anger from NHS officials over a continued lack of personal protective equipment (PPE) for health workers and a report in the Sunday Times claiming the government dithered in its response to the ongoing coronavirus crisis.

Of those hospitalised in the UK who tested positive for coronavirus, 16,060 have died, according to the government.

At the end of last month, Horton criticised Dr Harries after she claimed the UK had a “perfectly adequate supply of PPE”.

Writing in The Lancet, he said: “I am sure Dr Harries believed what she said. But she was wrong and she should apologise to the thousands of health workers who still have no access to WHO-standard PPE.”

On Sunday, Dr Harries said: “The UK, regardless of the position that we may be in now, has been an international exemplar in preparedness.”

Labour MP Diane Abbott responded to Dr Harries’ comment by tweeting: “It’s a wonder she can say these things with a straight face.”

The lack of PPE has been repeatedly raised by NHS officials, as some staff are forced to use washing equipment and have been asked to accept wearing less protective gear.

Chris Hopson, chief executive of NHS Providers, said there was “relatively low confidence” that a shipment of 400,000 surgical gowns which had been due to arrive in the UK from Turkey on Sunday would make its way into the country on Monday.

Mr Hopson told BBC Radio 4’s Today programme that it was wrong to focus on individual consignments of PPE because “bitter experience over the last few weeks” has shown they cannot be relied upon, with some boxes containing the wrong items and thousands of pieces missing.

“There’s no doubt that at the moment, we have now got trusts that have definitely got shortages of gowns,” he said.

Claudia Paoloni, president of the doctors’ union HCSA, said: “Our NHS workers are going above and beyond on a daily basis to heal.

“They should expect at the very least adequate protection to keep them fit and well to engage in this fight.

“Yet instead they are being asked to sacrifice themselves due to the failings of others.”

Dr Chaand Nagpaul, chairman of the British Medical Association, said: “We made it clear weeks ago that we need to do something about the likelihood of a lack of protective equipment.”

The NHS is thought to use around 150,000 gowns a day, meaning the stock from Turkey would last less than three days.

Culture secretary Oliver Dowden said he was hopeful the gowns would still arrive, telling BBC One’s Breakfast programme: “We are very hopeful that later today that flight will take off and we will get those gowns.”

He said another 25 million gowns have also been procured from China.

Meanwhile, Downing Street hit back at a newspaper report that prime minister Boris Johnson and his administration dragged their feet in the run-up to the outbreak of the coronavirus pandemic.

Number 10 accused the Sunday Times of “falsehoods” and “errors” after the newspaper published a piece in which a Whitehall source claimed the government “missed the boat on testing and PPE”.

On Sunday, Dr Harries said the UK risks a second wave of coronavirus deaths if social distancing warnings are not heeded.

NB: Some graphics included in the original piece could not be replicated here. 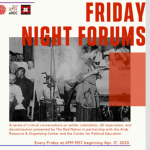 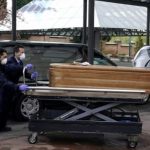