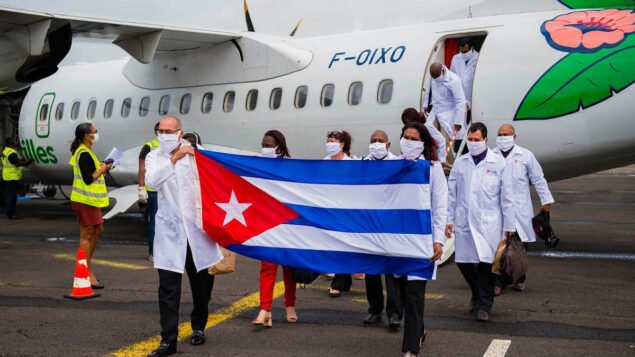 Throughout the pandemic, a collective of grassroots organizers and industry leaders have coalesced around a mission to compel the U.S. government’s collaboration with Cuba’s Henry Reeve International Medical Brigade in the fight against COVID-19. The NCW editorial team has yet to find any other coverage in the western mainstream media about this important development. If you find something relevant and appropriate, please send it to us.

Throughout the pandemic, a collective of grassroots organizers and industry leaders have coalesced around a mission to compel the U.S. government’s collaboration with Cuba’s Henry Reeve International Medical Brigade in the fight against COVID-19.

As the omicron variant makes waves across the country, a collective of U.S. mayors have geared up to encourage the Biden administration to override a longstanding trade embargo that prevents the Cuban medical brigade from assisting doctors on U.S. soil.

We have this challenge facing us where too many people are getting infected and dying,” said Johnny Ford, founder and director-general of the World Conference of Mayors, an entity through which municipal leaders, domestically and abroad, establish trust and create trade and investment opportunities.

It’s happening, not only in Alabama, but in the south and throughout the country,” Ford added.

On Dec. 20, as cities and states across the U.S. reported stark increases in COVID-19 infections and hospitalizations, Ford, former mayor of Tuskegee, Ala., conducted a virtual meeting with Cuban Ambassador to the United States H.E. Lianys Torres Rivera, Deputy Chief of Mission and Minister-Counselor of the Cuban Embassy to the United States Alejandro Garcia, and Ambassador H.E. Yuri A. Gala Lopez who serves as deputy permanent representative of the Cuban Mission to the United Nations.

For nearly two hours, participants discussed Cuba’s efforts, throughout a U.S-induced economic blockade, to quell COVID’s spread on its island, all while creating and distributing COVID-19 vaccines to Iran, Nicaragua, Mexico and Venezuela. Cuban officials delved into strategies the Cuban medical community implemented to encourage vaccination and reduce hospitalization among its population.

With the upcoming World Conference of Mayors Convention in Eatonville, Fla., and efforts by Newark Mayor Ras Baraka to engage the African American Mayors Association and National Conference of Black Mayors, Ford anticipated more opportunities to press the Biden administration on this matter.

Cuba can be of tremendous help to us and we want to find a way to utilize your expertise [and] we’ll work on convincing our government to allow us to do that,” Ford said.

Media representatives for the White House didn’t return The Informer’s inquiry about the consideration the Biden administration has given to allowing Cuba’s Henry Reeve International Brigade to assist in domestic COVID-19 mitigation efforts.

Baraka’s office also didn’t provide comment about a recent meeting between his administration and the Cuban Ministry of Public Health.

In the new year, nearly 1.5 million daily cases have been reported across the globe, albeit with fewer hospitalizations and deaths than what has been reported with previous COVID variants. Even so, omicron’s ascent has compelled some state and local officials to prioritize testing, enforce and expand vaccination mandates and strengthen hospitals’ capacity to treat COVID-19 patients.

Cuba, like other countries around the world, has experienced a significant bump in COVID-19 cases. With the majority of the nation vaccinated, Cuban doctors have set their sights on boosting people. Cubans have three types of domestically made vaccines from which they can choose.

“Cuban doctors, nurses and medical students actively participated in the identification of people with symptoms,” Rivera said. “The death rates in Cuba were among the lowest in the world. Some of the medications we had [before we provided our own vaccines] were highly effective in avoiding death and positive cases. That has made a difference.”

Sam P.K. Collins has more than a decade of experience as a journalist, columnist and organizer. Sam, a millennial and former editor of WI Bridge, covers education, police brutality, politics, and other… 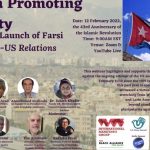 On the occasion of the 43rd Anniversary of the Islamic Revolution: featuring Iranians who participated and supported it – February 12, 2022Arnold August, Cuba, Iran 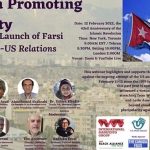