By Solidarity with the Anti-Fascist Resistance in Ukraine (UK), April 30, 2015

After the recent passing of the “decommunisation” laws by the Ukrainian Parliament, authorities have banned the Communist Party of Ukraine (KPU) from marching on May Day in Kharkiv and Kyiv.

Alleging “security concerns”, the Kharkiv District Administrative Court banned the Kharkiv regional organization of the party from holding a march and rally on International Workers’ Day – 1 May (see report in UNIAN). 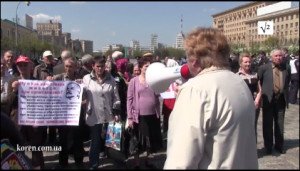 Protest in Kharkiv on April 28, 2015 against the banning of a planned May Day march by the Ukrainian Communist party

In response, the Communist Party in Kharkiv organised a picket of the regional administration on May 28. The rally was attended by around 200 people shouting slogans against the war and in defence of social rights. Soon the police and fascist thugs arrived and demanded the protesters should take down any Communist symbols.

In Kyiv, the authorities have banned the KPU from holding its traditional May Day parade, according to party secretary Peter Simonenko. The party finally announced that its members would march with the Organisation of Veterans of Ukraine.

Several far right and neo-nazi forces have announced that they will physically prevent Communists from marching on May Day.

The head of the Kyiv city organization of the far right party “Freedom” (Svoboda) Andrew Mohnik declared to “Interfax” that his political force is ready to face anyone raising the banner of the Communist Party, with “a variety of methods which the law and the Constitution allow”.

In an ominous threat, Mohnik said: “I think that if the Communists try to demonstrate, public outrage will stop them. This will involve not only the Svoboda but all Ukrainians, who understand that today the Communists are working in favor of Russia, and during the war, in fact, are traitors to the state.”.

His fellow party member and former Rada deputy Igor Miroshnichenko (who led an assault against the head of Ukrainian TV a year ago) added that “the actions of the Communist Party in the country must not only be banned, we must prevent by any means their presence in the public space”. 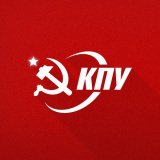 “The Communist Party – is an accomplice of the separatists. … I believe that the Communists have no legal or moral right to hold their banners. We will follow them up. And if there are any ukrainophobic manifestations, we clearly will prevent them. We can do it without thinking about it, whether we have the support the authorities or not, ” Miroshnichenko told Apostrophe.

Representatives of the neo-Nazi Right Sector have declared that they do not intend to let the Communists even take to the streets with their symbols. “Our patriotic force will not allow people with communist symbols to roam around Kiev. Anyone with the flags of the Communist Party will not be allowed to walk more than two meters, they will not pass. And other left-wing anti-Ukrainian forces will also be repelled. The Right Sector group ‘Stepan Bandera Tryzub’ will protect the honour and dignity of the Ukrainian people by all available means and methods,” Right Sector spokeman Artem Skoropadsky told Apostrophe.

In the last few weeks, the legal harassment against the KPU has intensified. The party’s secretary Peter Simonenko has been called before Internal Security Service (SBU) interrogators several times. The SBU has declared that it has discovered a “terrorist” cell in the Dnipropetrovsk organisation of the KPU, aimed at aiding the “separatists”[in eastern Ukraine.

Finally, Minister of Justice Pavel Petrenko declared on April 29 that on the basis of the recently passed laws against Communist symbols, the Communist Party chould change its symbols and charter or be automatically disbanded. 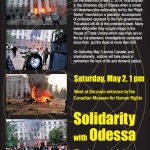