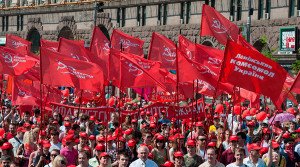 Ukraine has banned its Communist Party from operating and participating in elections. A Kiev court upheld an appeal from the country’s Justice Ministry, which charged the party with a host of offences including “incitement of ethnic hatred” and “encroachment on human rights and freedoms”.

Ukraine adopted controversial “decommunisation” laws in May, which outlawed the display of Soviet symbols and prohibited the use of the word “communist”. However, the Communist Party of Ukraine refused to change its name, logo or charter to comply with the legislation. The Party has spoken out against Ukraine’s new authorities, which came to power after a coup in February 2014.

John Dalhuisen of Amnesty International told the Guardian: “The decision may be seen as dealing with the damaging vestiges of the Soviet past. In fact, it does exactly the opposite by following the same style of draconian measures used to stifle dissent.

“Expressing your opinion without fear of prosecution, particularly if that opinion is contrary to the views held by those in position of power, was one of the principles behind the EuroMaidan protests.

“Snuffing out the Communist party flies in the face of these ideals.” 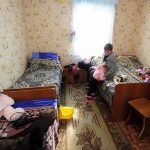 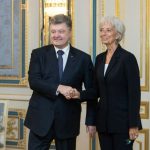