2015 was not a good year at all for Brazil. Both a political and an economic crisis hit us hard, making words like impeachment, coup, split, radicalism, privatization and inflation ordinary for Brazil’s everyday discourse. The country was under a heavy atmosphere the whole year, like the sky suddenly became dark and cloudy and the sun would never rise again.

Then, in the morning of March 6, the storm finally came: the Federal Police carried out a series of search warrants against people allegedly involved in a corruption and money laundering scheme tied to Brazil’s state-owned oil company, Petrobras, as part of the Lava Jato investigative operation. Among those pulled out of their homes were former President Luiz Inácio “Lula” da Silva and his son. Lula’s Institute (Instituto Lula) was also raided. The investigators believe that construction companies gave the former President an apartment and a country-house in exchange for benefits within Petrobras.

It happened a day after Istoé magazine published a cover piece saying Senator Delcídio do Amaral, from Lula’s Workers’ Party, denounced Lula and President Dilma Rousseff to federal investigators. According to the magazine, Amaral said Lula took part in the corruption scheme in Petrobras and that President Dilma Rousseff tried to interfere with the investigations at least three times. The overall feeling was that Brazil was upside down. Lula was taken to the Congonha’s International Airport to be questioned and was followed by crowds of militants from the ruling Workers’ Party as well as by pro-impeachment protesters, who clashed on numerous occasions.

After his release, Lula gave a speech to the press and defied the police by saying he had nothing to fear. He also said it was time for the Workers’ Party hold its head high. The police operation is seen by the Workers’ Party and social movements such as the Landless Workers’ Movement and the Unique Central of Workers as a media operation to smear Lula, due to the fact that he was taken by the police to give his testimony – a measure that normally would only be taken against people who refuse to collaborate at first.

As if this wasn’t enough, São Paulo’s Government Agency for Law Enforcement (Ministério Público) asked for a preventive detention for Lula last Thursday, arguing that he’s dangerous for the public order due to the fact that he has been calling upon his supporters to rally in his defense and that he has no respect for the federal investigators because he allegedly said to President Dilma Rousseff during a phone call that the investigators could “shove the proceedings up in their asses” and that as a former President, it is easy for him to flee Brazil.

Such arguments have been heavily criticized even by oppositionists. To call for demonstrations is actually a constitutional right. As Thiago Bottino, law professor at Fundação Getúlio Vargas pointed in an interview for El País: “It makes no sense at all, the preventive detention in case of danger to the public order is used when one’s freedom represents some kind of diffuse hazard for society. To disagree about the judicial decisions, to give press conferences and to ask for the activists’ support is freedom of speech, a constitutional right. Can’t he disagree with the  Government Agency for Law Enforcement?”

Also, to curse someone during a private telephone call isn’t a crime, and showing lack of respect towards investigators – if that is the case at all – is nothing but a right. The final justification – that Lula could easily escape – doesn’t seem to stand as well, precisely due to the fact that he’s a former President: pretty much anybody in Brazil knows his face. Anyways, it’s now on judge Sergio Moro’s hands.

Lula is by far the most popular political figure in Brazil – a recent opinion poll by Datafolha showed that  37% of the people consider him the best President Brazil ever had, followed by his predecessor, Fernando Henrique Cardoso (15%). But his popularity didn’t come only from his government’s welfare programs and Brazil’s economic growth. Born in the Northeast – the poorest region of Brazil – Lula, like many, came to São Paulo to work in the metal industry. He became one of the most important political figures in Brazil during the 70’s, was the head of the steelworkers’ union in the ABC region* and was later a leading founder of the Workers’ Party. Unlike his opponents, he’s somebody people can easily relate to.

Even nowadays, five years after he stepped out of the Presidency, Lula remains a very charismatic and central figure in Brazilian politics and thus was the Workers’ Party ace in the hole for the elections in 2018, as the party’s popularity goes down day by day. That’s why activists have mobilized in various states to support him: for them, it looks like such investigations are actually a political witch-hunt against the Workers’ Party, in order to prevent Lula from running for office in 2018 and to assure a neoliberal and more pro-US government will move in.

As a conspiratory as it may appear to seem, it’s as some say: Once is happenstance, twice is coincidence, three times – it’s enemy action. The major target of the Lava Jato operation and the most damaged company is Petrobras.  As a result, the World’s ninth biggest oil company and the first when it comes to oil production lost 68% of its value between 2014 to 2016. Of all those who dıd business with Petrobras, only executives from Brazilian companies were jaıled, most of whom come from constructıon companies that have contracts in South American and African countries even though numerous foreign companies have been denounced. Sergio Moro, the judge in charge of Lava Jato, participated in a course for potential leaders sponsored by the U.S Department of State in 2007, according to The Washington Post. Finally, the well-known agency for investigative journalism A Publica, revealed last year that the major movement against the Brazilian government, Movimento Brasil Livre (Free Brazil Movement), is a brand created by the Brazilian chapter of Students for Liberty, and is funded by American conservative think-tanks. Too many happenstances.

On March 13 up to 3 million people, according to the police, took part in protests against President Dilma and called for Lula’s investigation. In São Paulo, 500 thousand people were on the streets, according to Datafolha Institute. The majority of these were middle or upper class people (26% make from 5 to 10 times the minimum wage, 24% make from 10 to 20 times the minimum wage and 11% make from 20 to 50 times the minimum wage).  68% don’t have any party preferences, although 79% said they voted for the former oppositionist candidate Aécio Neves in the last elections. It’s relevant to mention that Aécio and São Paulo’s governor Geraldo Alckmin, both from the center-right Brazilian Social Democracy Party (PSDB), were driven out of the demonstrations by protesters.

Those who want Dilma out don’t seem to know what should be done after that, they are only against “corruption”. At the same time, the political scenario is heating up, as tensions grow everyday, and it is becoming more and more unstable. São Paulo’s Industry Federation (FIESP) is openly supporting Dilma’s impeachment. The head of Ceara’s Industry Federation gave an interview saying businessmen are preparing a lockout. At the same time, people have been beaten because they “look like Workers’ Party supporters”, or because they wear red shirts, and some columnists are talking already about the military worrying about it: “Members of the Army’s High Command called Governors of the States where conflicts between political activists were most likely to happen and warned about the need to maintain the social peace. …They included ministers of State and party leaders, from almost every party. [The leaders] of the Workers’ Party weren’t included”, wrote journalist Ricardo Noblat after Lula’s detention.

Last Wednesday thousands protested in at least six states after Lula agreed to be Dilma’s chief of staff and after judge Sérgio Moro illegally released phone calls that were wiretapped from the former President’s phone. The appointment was a bold move: on the one hand, it delays the investigations for a while, as now Lula will be judged by the Supreme Court, on the other hand, it gives the impression he was guilty and Dilma helped him dodge the law.

The fact is that the government is behind an eight ball: the only way out of the crisis is to change its neoliberal economic policy (although those in the streets were a minority, 60% of the people currently support Dilma’s impeachment, precisely due to the fact that the economy isn’t doing well) and for supporters to show strength in the streets, with big demonstrations – like the one that is scheduled for March 18. At the same time, to do so is to allow the scenario to become yet more radicalized, and in such circumstances, pretty much anything can happen.

*ABC is a very industrialized region close to São Paulo. It stands for Santo André, São Bernardo and São Caetano. 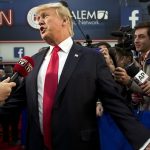