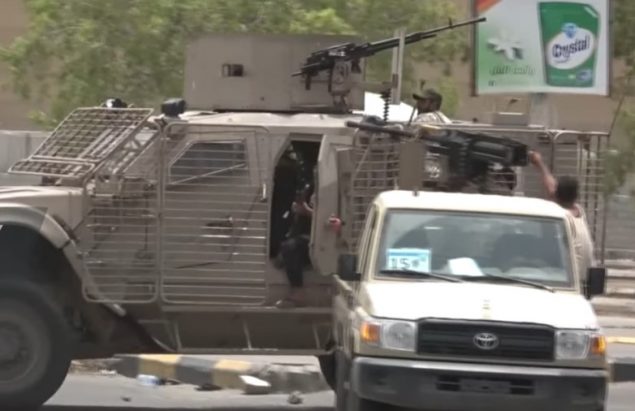 The Western grip on the Middle East is falling apart and their reaction will most likely be to make a massive effort to bring Turkey back into the fold and that’s the significance of the Babacan initiative. It is clearly being carefully coordinated with the West.

Proxies of the Saudi-led coalition are involved in a fierce internal struggle for control of the Yemeni port city of Aden.

On August 10, the UAE-backed Southern Transitional Council (STC) seized a presidential palace and most of military facilities in Aden from forces loyal to the Saud-backed ‘Yemeni President’ Mansur Hadi. Clashes in Aden started on August 7 after the STC announced a “general mobilization” and called on its supporters to overthrow the Aden-based Saudi-backed government. The clashes the claimed the lives of more than 40 people and injured 260 others until a Saudi Air Force carried out a warning strike and informed the STC that its forces will be bombed if they refuse to return to the negotiation table. On August 11, pro-coalition sources claimed that STC would withdraw from the captured positions and return to negotiations with the Hadi government.

The recent escalation followed accusations that pro-Hadi forces attacked demonstrators loyal to the SCT during a funeral for victims of recent attacks in the city that resulted in the deaths of around 70 people, including coalition-backed personnel. 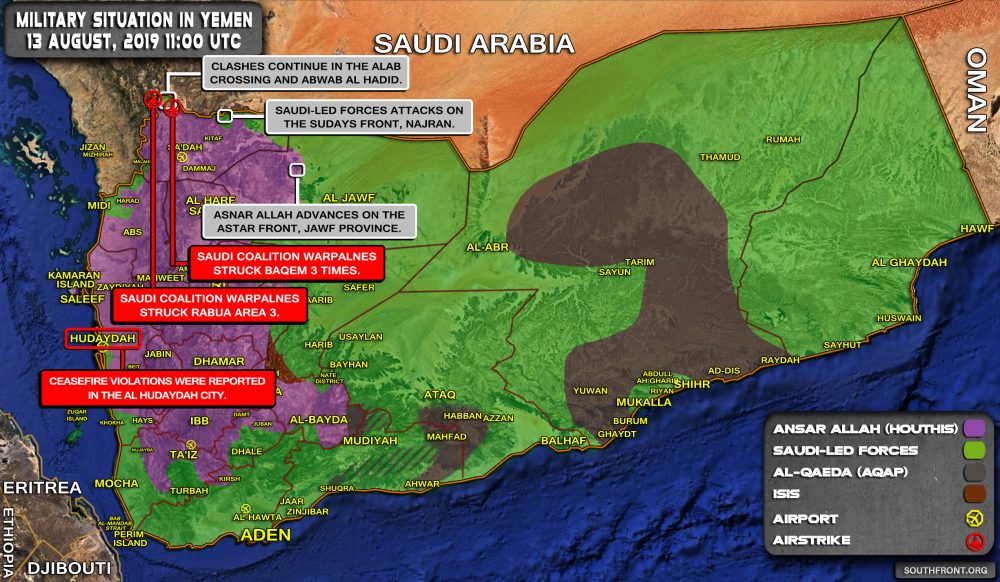 This became just a formal pretext for the violent phase of the ongoing power struggle for the control of Aden and the entire coalition-occupied part of southern Yemen. Tensions between the Hadi government and the Southern Transitional Council have always been an open secret. However, the years of coalition failures in the conflict against the Ansar Allah movement (more widely known as the Houthis) have deepened differences and increased tensions between the formal allies.

The Saudi-led coalition has shown that it is not capable of capturing the Yemeni capital of Sanaaa and other key areas as the port city of al-Hudaydah and Sanaa, or even securing the Saudi-Yemeni border to prevent Houthi cross-border attacks. Therefore, forces involved in the coalition-led intervention in the country have appeared in the center of an increasingly tense struggle for power within southern Yemen.

The STC based on the Southern Yemeni Movement represents the interests of a significant part of the population of the former South Yemen (the People’s Democratic Republic of Yemen). It’s the main force in this part of the country and includes a moderate branch, seeking autonomy within a single state, and a radical branch seeking the re-establishing of Southern Yemen as an independent state. The interests of its leaders are in deep conflict with those of pro-Hadi factions.

Saudi Arabia and the UAE maintain an attitude that the Hadi government is the legal government of Yemen. However, the rely on rival factions on the ground to project own influence in Yemen. This, additionally to the inability to deliver a military defeat to the Houthis, sets ground for constant tensions within the coalition-controlled part of Yemen.