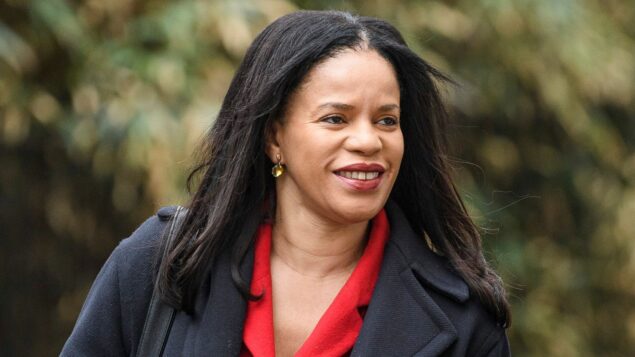 Claudia Webbe was elected MP for Leicester East in December 2019

Brazil’s mass protests against Bolsonaro and the far-right show that the country is at a tipping point. Our international solidarity is vital for those fighting for social progress, democracy and public health writes Claudia Webbe, UK Member of Parliament.

Growing dissatisfaction with far-right Jair Bolsonaro’s record as President of Brazil – particularly his appalling and deadly mismanagement of the COVID-19 pandemic – has fuelled a wave of popular protest across the country. The growing demand for his resignation has also been reflected in Brazilian communities around the world, including here in Britain.

Bolsonaro’s term as president has proved disastrous for Brazil. Even according to official figures which are widely thought to recklessly under-estimate the problem; the country has suffered more than 500,000 deaths in the pandemic and infections have surged again in recent months.

Bolsonaro’s critics have pointed to his opposition to lockdown measures, his failure to prioritise the purchase of vaccines and his overall downplaying of the severity of the disease as key factors in the devastating impact that it has had on the population.

In addition to the tragic loss of lives, unemployment in Brazil is expected to increase to at least 2.5 million, with serious knock-on effects on already steepening poverty and extreme poverty rates.

Unsurprisingly, Bolsonaro’s approval ratings in opinion polls have been dropping, with those considering the government as “great” or “good” falling from 31% to 23%. Currently, 45% of Brazilians consider Bolsonaro’s administration “bad” or “terrible” compared to 32% at the end of last year.

Since April, Bolsonaro’s handling of the pandemic has been under investigation by the Senate. Legislators heard that in keeping with Bolsonaro’s dismissal of coronavirus as “a little flu”, he was resistant to buying COVID-19 vaccines, preferring to bet on ‘herd immunity’ as the way to beat the coronavirus.

Evidence uncovered by the inquiry also pointed to potential illegalities in the way that the Indian vaccine Covaxin was acquired. A senior official at the Health Ministry testified before the Senate that he had been pressured to authorise the import of the vaccine and pay $45 million in advance to a third company.

The official also said in his evidence that he had requested Bolsonaro to authorise an investigation into the deal but to no effect, although federal prosecutors subsequently opened a case on the contract, citing a number of red flags about how it was managed.

These revelations have galvanised politicians from a broad spectrum, together with social movements, trade unions and indigenous groups, to submit a request to the country’s lower house for the impeachment of Bolsonaro, citing 24 alleged crimes. It is reported that 54% of Brazilians support opening such proceedings.

Meanwhile, Bolsonaro’s latest plans are draining away his support in the country. Opposition has been mounting to his extreme neo-liberal reforms, which have included budget cuts and the privatisation of public companies. Such moves are driven by ideology, with no care at all for the social and economic consequences for millions of people.

As part of this rampant sell-off programme, in mid-July Bolsonaro approved a Bill paving the way for the further privatisation of the electricity company Electrobras, which produces 30% of the country´s power.

Former President Luiz Inácio Lula da Silva has warned that the sale will endanger Brazil’s energy security, while others have warned of higher prices for consumers to finance the company’s expansion plans.

As marches and protests take place month by month, and despite protesters being met with disproportionate use of force by the police, including the use of tear gas, the beneficiary of this upswelling of anti-Bolsonaro feeling is former president Lula.

In a recent survey of more than 2,000 Brazilians conducted by the Institute for Research and Consulting Intelligence (Ipec), Lula led in voting intentions for the 2022 presidential election, with 49% saying they would vote for him compared to 23% for Bolsonaro. No other potential candidates could muster a double-digit showing.

Public rejection of Bolsonaro is also on the increase in terms of voting intentions, according to the survey. 62% of those surveyed said they would not be voting for Bolsonaro at all, up from 56% in a poll conducted in February. By contrast, those rejecting a vote for Lula fell from February’s 44% to 36% in the latest poll.

But Bolsonaro has already given notice that he would challenge a win by Lula in the presidential election. He argues that the current electronic voting system, adopted more than two decades ago and used during the 2018 elections that brought him to power, allows fraud.

He recently said that “if that method continues, we are going to have problems because one side may not accept the result. And that side, obviously, will be our side.”

In these dangerous words, we see how the far-right will do all it can to cling on to power in Brazil, and Bolsonaro has again shown his utter contempt for democracy.

While Lula’s release from political imprisonment and return to political life provides a progressive and hopeful alternative in Brazilian public life, it is clear the road to the 2022 elections remains a challenging and difficult one. We must stand internationally with all those Brazilians heroically resisting Bolsonaro and standing up for public health, democracy, equality and social progress.

Claudia Webbe is the MP for Leicester East and Vice-Chair of the Brazil Solidarity Initiative – www.brazilsolidarity.co.uk 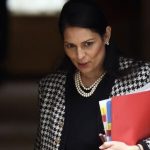 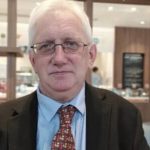 Craig Murray’s jailing is the latest move in a battle to snuff out independent journalismBritain, Craig Murray, Jonathan Cook