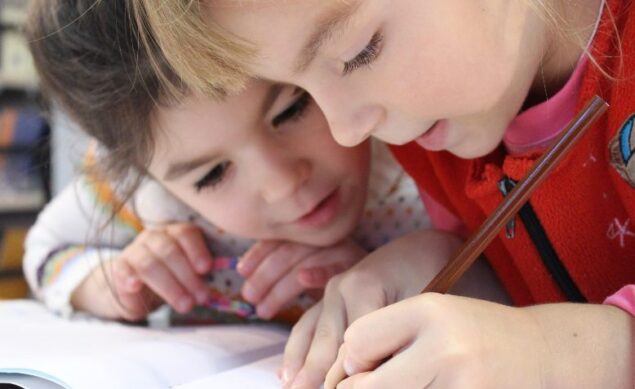 The British government is trying to stoke a culture war with its latest report looking everywhere but its own anti-working-class policies for disparities in education, writes Terina Hine.

Education has become the frontline of a Tory culture war with the publication of the latest Education Committee report. The Conservative Chair, Robert Halfon, is blaming the concept of “white privilege” for the underperformance of white working class children.

But for anyone who has read the detail of the report, or for that matter anyone who has ever been in a classroom, it is obvious that this is dangerous nonsense. Halfon and his Conservative colleagues are invoking a cultural war in our schools.

The Tory culture war is meant to feed a right wing narrative about lefty teachers prioritising ethnic minority children and betraying white working class kids in the process. But neither teachers, nor their unions bang on about ‘white privilege’, and nor does this inform their teaching. Teachers plan lessons to include the needs of all their students, and this is an Ofsted requirement – a fact that shows just how preposterous this Tory announcement is.

To blame underachievement on the prevalence of the concept of ‘white privilege’ rather than on years of underinvestment in education is a deliberate diversion. Look away from ongoing cuts and the paltry Covid education response we are overseeing, say Tory MPs, ignore the impact of poverty and class. Instead let us focus on division.

And the reported underperformance is not even supported by the data. Committee member and Labour MP Kim Johnson has accused the report of “cherry-picking” data. The evidence shows that it is Gypsy, Roma and Traveller children whose attainment is most in need of help. The very communities currently under attack from Priti Patel’s Home Office.

According to the NEU, the findings for Black Caribbean children on free school meals are “insignificantly different to white children on FSM.” Not something you would have picked up from the reporting this morning.

We live in a country where 4.3 million children live in poverty, where there are 300,000 more children eligible for free school meals now than there were at the start of the pandemic. Surely we remember the discussions about access to laptops and the internet during the lockdown. Poverty determines both a child’s health and education outcomes, and yet only a year ago it took a footballer to ensure the poorest children – those on free school meals – were fed during school holidays.

So what is the government’s response to the education crisis caused by Covid: a pathetic £50 per pupil. Compare this to the investment being made by other countries: the United States is committing to £1,600 per pupil to help with catch-up, while the Netherlands will be investing £2,500. But almost no one is discussing this.

We live in a society where racism is rife and has very serious consequences. We know the Tories use racism as a tool in their political arsenal. Whether it is comments about the England team taking the knee, or sending vans into our communities with Immigrants Go Home blazoned on the side.

Today is Windrush Day – what a day to choose to stoke racist divisions with this culture war nonsense. So far only 687 people have received compensation out of the 11,500 estimated by the Home Office as eligible, and the 30 recommendations from the Windrush Report have still not been implemented.

Nearly half of black children in Britain live in poverty. When they leave school they will face years of racial discrimination in the workplace and society at large. Covid highlighted the health inequalities of black and ethnic minority communities – the government wants us to ignore all this.

This report follows on from the Tory attacks on anti-racism since last year’s Black Lives Matter protests including the banning of ‘anti-capitalist teaching materials’ and discussing critical race theory in schools, and the wider attacks on protests. That they utilise the language of identity politics that is prominent in some parts of the movement exposes the divisive nature of these ideas; it fails to tackle racism and is instead a gift for the right.

The real determinant of education is class; failure to acknowledge this will ensure that nothing changes.

It is deprivation that plays the most significant role in educational attainment, not race. Deprivation has led to those from deprived regions, de-industrialised towns and rural and coastal communities falling further and further behind. This is the reality of years of underinvestment in working class communities by successive governments over decades.

The education system faces a funding crisis, an examination crisis and an overworked and consistently undervalued workforce. Invoking a culture war enables the government to avoid facing the hard truths about their disastrous education policies before and during the pandemic, and helps it ignore the endemic racism in society.

Robert Halfon, Chair of the committee and author of this divisive report voted to end financial support for 16-19 year olds in training and further education, voted repeatedly for welfare cuts, and for the austerity measures which resulted in the closing of Sure Start Centres. His concern for the working class poor does not extend to his voting record in Parliament.

Like Halfon, the Tories care no more for white working class children than they do for the children of immigrants, of ethnic minorities or of traveler communities. They are just using them to promote their divisive political project. 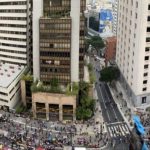 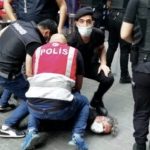