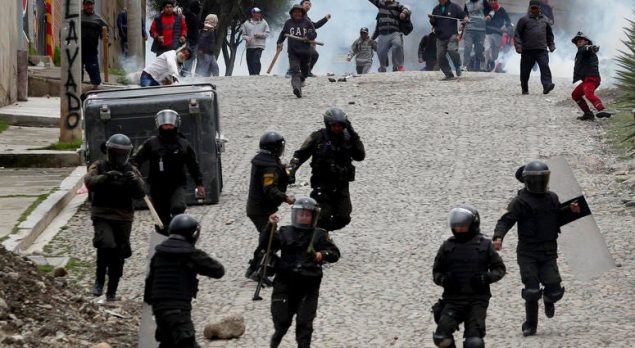 Since October 20, there have been attempts to carry out a coup against the Bolivian President Evo Morales, who has now resigned. The entire situation is being followed closely and it has appeared to be more successful than the coup attempts that have  taken place in Venezuela.

The situation’s timeline is the following:

The first round of the presidential elections. There was only one round, since the election rules only have a runoff if a candidate fails to achieve 50% of the vote or a minimum of 40% with more than a 10-point lead over the top rival. On the day, Evo Morales won 45.3% against his principal rival and former president Carlos Mesa, who finished with 38.2%. But that meant there would be a runoff.

The counts were suspended for a while.

Counting of the votes continued, and Morales was nearing the 10% difference, needed to secure the election.

The Organization of American States (OAS) expressed concern over the new results, describing the shift as a “drastic and inexplicable” change and calling for respect for the “will of the citizens.”

That is when protests began across the country, both against Morales and in favor of him.

The vice president of Bolivia’s supreme electoral tribunal stepped down over the suspension of the voter count, saying it resulted in the “discrediting of the entire electoral process.”

Evo Morales claimed that a coup attempt was in the making against him, with the opposition being supported by international actors, similar to the situation in Venezuela that began in February 2019. The OAS recommended to carry out a runoff election, regardless of the results.

The 99.74% count of the votes was released, with Morelos winning with 47.05% against Mesa’s 36.53%, meaning he was democratically elected as president, as per election regulations.

Carlos Mesa refused to accept the vote. The European Union joined the OAS in urging a second round. Argentina, Brazil, Colombia, and the US issued a joint communication doing the same. Other countries, including Cuba, Venezuela, and Mexico, backed Morales’ victory.

100% of the votes were counted, showing Morales won with a 10.56% difference, Bolivia’s electoral tribunal declared Morales the winner. UN Security-General Antonio Guterres backed an OAS election audit, which Morales said he would accept.

Over all of the days since October 21, protests are on-going. They continue until October 31, when two protesters are killed and six more are injured in the province of Santa Cruz.

A helicopter in which Morales was traveling makes an emergency landing, leading to accusations of an attack or coup attempt.

A student protester was killed in the city of Cochabamba, making him the third victim since the protests began.

Luis Fernando Camacho, a conservative protest leader from Santa Cruz, arrived in La Paz, planning to personally deliver a resignation letter to Evo Morales, for him to sign. A mayor from Morales’ MAS party in the town of Vinto was attacked by protesters who say she bussed in government supporters.

Similarly, to how the situation in Venezuela transpired, news of police mutinies started surfacing in Cochabamba, Santa Cruz, and Sucre, as well as La Paz. The pressure increased on the Morales government when the military said it would not confront protesters.

The OAS released its preliminary report saying that the election results couldn’t be verified, due to evidence of irregularities and manipulations of the voting system. Morales initially said he would call new elections. The head of the military, General Williams Kaliman, called on Morales to resign to restore peace.

Morales resigned, describing the events that took place as a coup. His vice president, Álvaro García Linera, and several other officials stepped down as well.

Mexican President Andrés Manuel López Obrador described the events in Bolivia as a coup and said he’s calling for an emergency OAS meeting on the situation.

Later in the day, he announced that Morales had accepted Mexico’s asylum offer and that he would inform the UN in order to ensure international protection for Bolivia’s now former president.

US President Donald Trump released a statement applauding Morales’ resignation and saying it sends “a strong signal to the illegitimate regimes in Venezuela and Nicaragua.”

With most of the officials resigning, a political vacuum was created in Bolivia, which allows for the seizure of power by those Morales claimed were organizing a coup.

Currently, opposition politician Jeanine Añez and Bolivian second vice-president of Senate said she would assume the presidential position, despite quite obviously not willing to do so.

“Please excuse me if my voice breaks,” Añez said between tears after arriving in Congress under heavy guard. “It’s so hard to see Bolivians clashing, no matter which side they’re on. They are being mistreated, and I’m asking you to cease the violence.”

Following the announcement, and the current situation in the country starts to resemble a civil war.

Those that protests against Morales have blocked La Paz, with Morales supporters marching on the city to reach the capital’s main square.

Gen. Williams Kaliman, the chief of the armed forces, announced a joint police-military operation in a television address. He said the hope was to “avoid bloodshed and mourning of the Bolivian family,” and he urged Bolivians to help restore peace.

There were clashes between supporters of Morales and opposition all throughout November 11 and continuing on November 12.

There were videos showing people with mangled hands and chests, who tried to use dynamite, allegedly in support of Evo Morales. The video is quite graphic [18+] and discretion is advised.

Miners were attacked by paramilitary units in some parts of the country.

The situation in the country is quite dire, with a massive political vacuum being created and rapidly deteriorating into a civil war.

Following Morales’ resignation, protest leader Luis Fernando Camacho stormed into Bolivia’s presidential palace, with a Bible in his hands. Essentially, he showed that the far-right opposition had overthrown the leftist government under Evo Morales.

The rich oligarch leader of Bolivia's right-wing coup, Luis Fernando Camacho, was the leader of an explicitly fascist paramilitary group.

Here are some clips from a promotional historical documentary it published:https://t.co/gFMyfjsi2p pic.twitter.com/XXNQfhD7ii

At the same time, former president Carlos Mesa is a “pro-business” privatizer with extensive ties to Washington. US government cables published by WikiLeaks reveal that he regularly corresponded with American officials in their efforts to destabilize Morales.

Mesa is currently listed as an expert at a DC-based think tank funded by the US government’s soft-power arm USAID, various oil giants, and a host of multi-national corporations active in Latin America.

The squalid US-backed fanatics of the Bolivian right ransack the house of the country’s elected president, Evo Morales. And the havoc is just beginning. Let no one call them “pro-democracy.” https://t.co/rwwvOSAEaA

Blumenthal further noted that Camacho created his Twitter account on May 27th, 2019. On July 9th, he made a call to a strike with 20 views. Following the elections he was made into a sort of opposition star, mostly by getting a lot of airtime on Unitel, Telemundo, and CNN en Español.

Camacho’s tweets calling for Morales to resign were lighting up with thousands of retweets.

These are the people who overthrew elected President Evo Morales. https://t.co/gFMyfjsi2p pic.twitter.com/GvvMfL21UZ

Even the US embassy in Bolivia described UJC members as “racist” and “militant,” noting that they “have frequently attacked pro-MAS/government people and installations.”

The two main opposition figures Mesa and Camacho are a sort of marriage of business and fascism to pursue pure capitalistic interest, simply because the Morales government was left-wing and rather socialist.

This is typical for the entire region, as attempts against the Nicolas Maduro government in Venezuela are still on-going, for 9 months straight, but with limited, if any, success.

On the photograph are all democratically elected South American leaders against whom there were coup attempts simply because they weren’t politically aligned with the Washington-led establishment and were left wing. 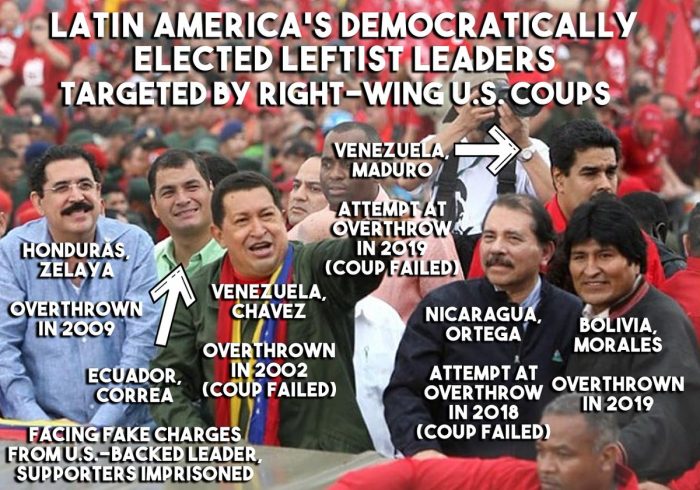 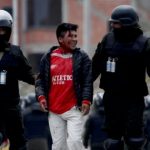 The Bolivian coup: what the mainstream media don’t tell youBolivia, Latin America and the Caribbean 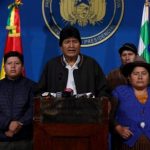