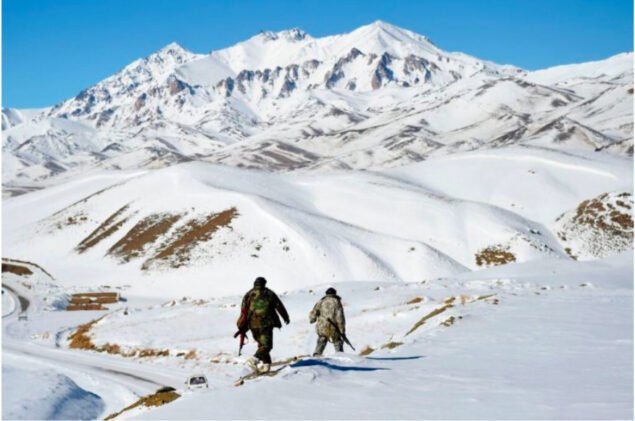 The “hidden agenda” of the war on terror in Afghanistan has been an open secret. The first inkling of its geopolitical character came when it transpired that even after installing a pro-US regime in Kabul in 2002-2003, Pentagon was in no mood to vacate its Central Asian bases. Finally, the bloody Islamist uprising in Andijan in Fergana Valley in May 2005 prompted Russia and China to orchestrate an SCO consensus seeking the expulsion of the US from those bases.

However, in public discussions, Russia and China have been reticent about that topic. Moscow occasionally broke its silence in recent years to voice disquiet that the US was transferring Islamic State fighters from Iraq and Syria to Afghanistan. Russia brought this up before the UN Security Council. But China largely kept mum.

Thus, a commentary in the CGTN in November 2020 titled U.S. withdrawal from Afghanistan would require an end to interference in China’s affairs came as a bit of surprise. It concluded with great prescience: “The Taliban hopes to see Biden respect the [Doha] deal… but it still leaves the question about the US real objectives in Afghanistan. And it’s clear … that in order for the U.S. to see its way out of Afghanistan, it has to first see its way out of China’s affairs, and hopefully, Biden will also commit to doing just that.”

As Biden prepares a soft landing for his controversial decision to keep the US forces in Afghanistan even beyond the May 1 deadline stipulated in the Doha pact, Beijing has reason to be worried. In remarks on Thursday, Biden did not rule out the possibility of US troops staying in Afghanistan through the end of the year. Biden said, “It’s not my intention to stay there for a long time. We will leave. The question is when we leave.” When asked specifically if US troops will still be in Afghanistan next year, he parried, ”I can’t picture that being the case.” Biden could have been categorical, but he preferred to be metaphorical.

Meanwhile, reports are galore that a powerful body of opinion in the Beltway, including lawmakers, opposes a closure to the “forever war” in Afghanistan. Various spurious arguments are being advanced — that US should conclusively vanquish the terrorist elements and ensure Afghanistan’s security and stability first; shore up the “gains” of the war such as women’s rights; ensure that no terror group ever again operates out of Afghanistan; prevent occurrence of a civil war, and so on. Some of the NATO allies appear to empathise with these spurious arguments in Washington.

To be sure, China senses a red herring, given the backdrop of the US campaign  on Xinjiang rising to a crescendo lately. The Chinese MFA Spokesperson Hua Chunying began her regular press conference on Friday by showing the video of an event called “Genocide in Xinjiang?” that included clips of certain remarks by retired Army Colonel Lawrence Wilkerson, a former chief of staff to former Secretary of State Colin Powell, at the Ron Paul Institute in Washington on August 2018 who spoke “on the threefold purposes of the US presence in Afghanistan, one of which is to contain China.”

In Wilkerson’s assessment, one main reason behind the US presence in Afghanistan has been that “the CIA would want to destabilise China… (and) the best way to do it would be to foment unrest in Xinjiang.” Hua asked, “Doesn’t it feel like a déjà vu?” She cited Iraq, Syria and Hong Kong and underscored that “the so-called Uighur issue in Xinjiang is just a strategic conspiracy with an attempt to disrupt China from within and contain China.”

The Chinese state media have given wide publicity to Hua’s remarks. Indeed, Xinjiang is a major logistics centre for China’s ambitious Belt and Road Initiative (BRI) and the gateway to Central and West Asia, as well as to European markets. The US is deeply hostile to the BRI and it is apparent that Washington’s campaign on Xinjiang is part of the Pentagon’s “Pivot to Asia,” along with naval threats in the South China Sea and support for separatist movements in Hong Kong, Taiwan and Tibet.

The CIA has a long history of “weaponising” Islamist groups. It has for long sought to recruit and train Uighur mercenaries and Chechens from Russia’s Caucasus region, planning to use them as a future terror force in China, Central Asia and Russia. Both groups were integrated into the US’ regime-change operation in Syria and these battle-hardened fanatics formed the backbone of the Islamic State and Al-Qaida.

Much of all this took place under President Barack Obama’s watch. Vice-President Biden, no doubt, had first-hand knowledge of the US’ long-term project to destabilise China and Russia — and why Afghanistan remains an irreplaceable hub in the Pentagon’s regional strategy.

Iran is also intensely conscious of the dangers of a long-term US military presence in Afghanistan. The laser-guided missile attack on an Afghan military helicopter killing several military personnel in Wardak last week, reportedly by pro-Iranian militia, can be seen as a timely warning to the US military. Clearly, the Biden administration’s refusal to give a firm commitment on troop withdrawal from Afghanistan can only complicate matters. The Taliban has taken exception to Biden’s move to defer the troop withdrawal. Biden’s lame excuse that logistical difficulties come in the way of troop withdrawal preys upon credulity.

Nonetheless, Biden seems confident that none of the major regional states — China, Russia, Pakistan, Iran — wants to bell the cat and confront the US. Biden can afford to be complacent so long as no body bags arrive from the Afghan killing fields. Having said that, key regional countries, including Pakistan, China, Russia and Iran, have a broad consensus on the Afghan peace process. They all want a political settlement of the Afghan war and also recognise the Taliban as a political entity.

Indeed, Moscow has given a tepid reaction to Biden’s deferment plan, leaving things to Washington and the Taliban. Russia counts on Pakistan to do the right thing and is deepening its cooperation with the latter’s “very active and constructive efforts.” China of course has a robust alliance with Pakistan.

Washington is pulling all stops to reach a deal exclusively with Pakistan and Taliban devolving upon the creation of an interim government in Kabul. Two top British commanders came to Rawalpindi in the space of a fortnight this month to discuss Afghanistan with the Pakistani COAS Gen. Qamar Javed Bajwa, including the chief of the Strategic Command General Sir Patrick Nicholas Yardley Monrad Sanders, who handles Britain’s covert and overt operations abroad.

London traditionally acted as the vanguard of US military and intelligence operations on the territories of the erstwhile British Empire. Biden had a call with UK prime minister Boris Johnson on Friday where they, inter alia, “agreed to work closely together on shared foreign policy priorities, including China and Iran.” 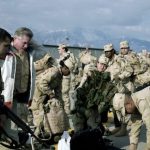 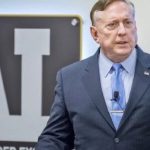 How the US military subverted the Afghan peace agreement to prolong an unpopular warAfghanistan, USA