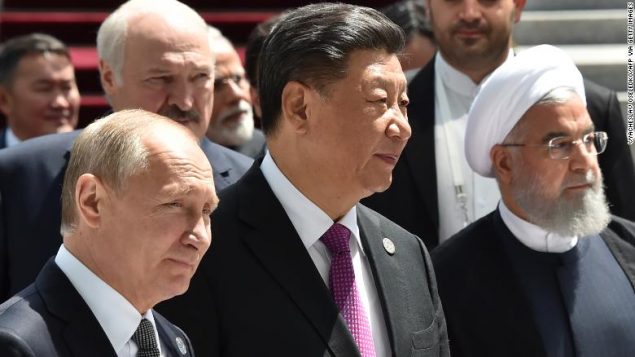 The “maritime security belt” trilateral four-day drill between Iran, China and Russia in the sea of Oman and the Indian Ocean will mark the Middle East for decades to come.

The “maritime security belt” trilateral four-day drill between Iran, China and Russia in the sea of Oman and the Indian Ocean will mark the Middle East for decades to come. It signals the end of US absolute hegemony and control of the Middle East- and of the world. The joint drills are being carried out at the heart of the zone of US maritime influence. The drills are tactical exercises simulating the rescue of frigates under attack by a mutual enemy over a 17,000 km area. They are not strategic, because China and Russia will not have access to Iranian harbours on an ongoing basis. No common adversary is expected to face Russia, China or Iran together in these waters. The aim of these exercises is for all three countries to send a common message to the US. The maritime ‘message’ addressed to the world this December 2019 realistically is that the period of the global dominance of the USA as the sole and self-elected “policeman of the world” is coming to an end.

It was the first time Iran has held a joint exercise with two major world naval powers on this scale since the “Islamic Republic” in 1979. Iran invited and hosted the trilateral drills, starting from its southeastern port of Chabahar, to challenge the US “maximum pressure” policy. Tehran is sending a message to the world that it is developing its military capabilities in the midst of the harshest ever US sanctions, demonstrating that the US policy of isolating Iran is ineffective. President Donald Trump and his team have  managed to hurt the Iranian population with their unprecedented sanctions and siege: but the government of Tehran has effectively adapted to these punitive measures, countering with a new “budget of Resistance” to limit its dependence on oil exports.

President Donald Trump’s policy is speeding the formation of an alliance between Iran, China and Russia (all affected by US sanctions). These countries, notwithstanding the “maritime security belt” drills, have not actually signed strategic alliances among themselves, but are finding ways to protect themselves while operating in the Sea of Oman and the Indian Ocean. These drills can be considered a challenge to US sanctions, taking place in the most important worldwide maritime traffic waterway, considered vital to the US with 18.5 million barrels of oil transiting through this area daily.

The US sun is setting. It has shone brightly since 1991 when the cold war ended between Washington and Moscow. This is when President George Bush announced US policy and the vision of “a new world order where diverse nations are drawn together in common cause to achieve the universal aspirations of mankind: peace and security, freedom and the rule of law.” 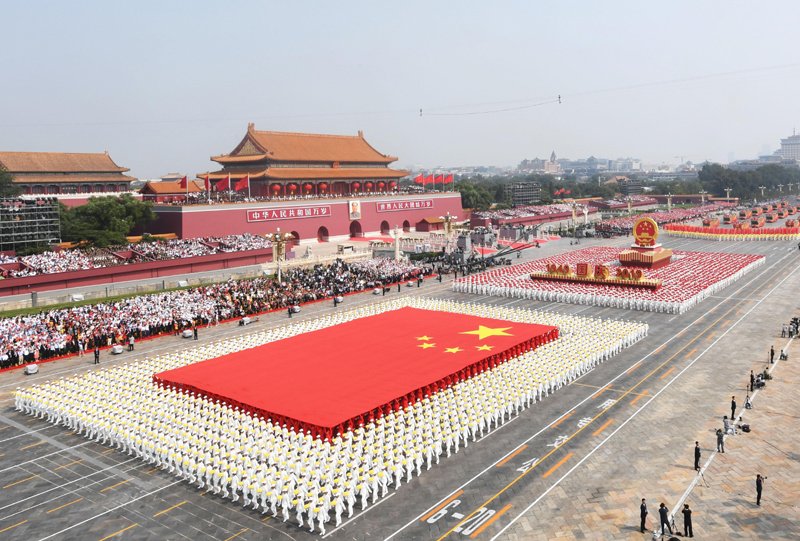 That day marked the beginning, in fact, of an imbalanced world order based on the political, economic and military dominance of the US. It was the beginning of a “destructive-constructive” strategy to crush any country rejecting US hegemony. Iran was at the top of the list.

Under President George W. Bush, Washington decided to surround Iran, China and Russia further and occupied Afghanistan – due to its geopolitical strategic position overlooking at the west of China, middle of Asia and the east of Iran and its richness of Uranium – and then Iraq. The control of Middle Eastern oil was the priority followed by a “new Middle East” plan to break Iran’s alliance with Lebanon (Hezbollah) and the Syrian President Bashar al-Assad.

The US has constantly been looking for ways to divide continents, to rule them and thus prevent the emergence of any threatening alliance. Eurasia, which contains two-thirds of the world’s energy, was under constant close US watch, similar to Iran.

But Iran 2019 is different from Iran in 1979. Following the “war of the tankers” in the Straits of Hormuz, the downing of the most expensive US drone and the targeting and destruction of Saudi Arabia’s oil facilities (reducing its export capability by half) with Iranian precision cruise missiles, the US discovered a bitter reality. All US military bases surrounding Iran were easy targets for Iran cruise missiles in the case of a decision by Washington to attack the “Islamic Republic”. Iran didn’t need to bother looking for a US target in far off territories.

Moreover, Iran did not hesitate to intercept and confiscate a British tanker, sending a confrontational message to Great Britain and expressing its readiness for a military skirmish if necessary. Iran signalled its ability to fight on multiple fronts against its enemies. Iranian officials made crystal clear to all surrounding countries’ leaders (Saudi Arabia, the Emirates, Iraq, north-east Syria, Israel) that its precision missiles would spare no country where a US base is stationed or used as a starting point for an attack on Iran.

Many elements indicated Iran was ready for the worst-case scenario and was trained for an extreme situation, knowing that the US would not venture into an unpredictable war where victory is far from guaranteed. President Trump was ready for a few battles here and there, a “battle between wars” Israeli-style rather than a totally destructive war. Trump and his team became aware that the US’s enemies had equipped themselves with enough missiles to be simultaneously engaged on multiple fronts in different Middle Eastern countries. 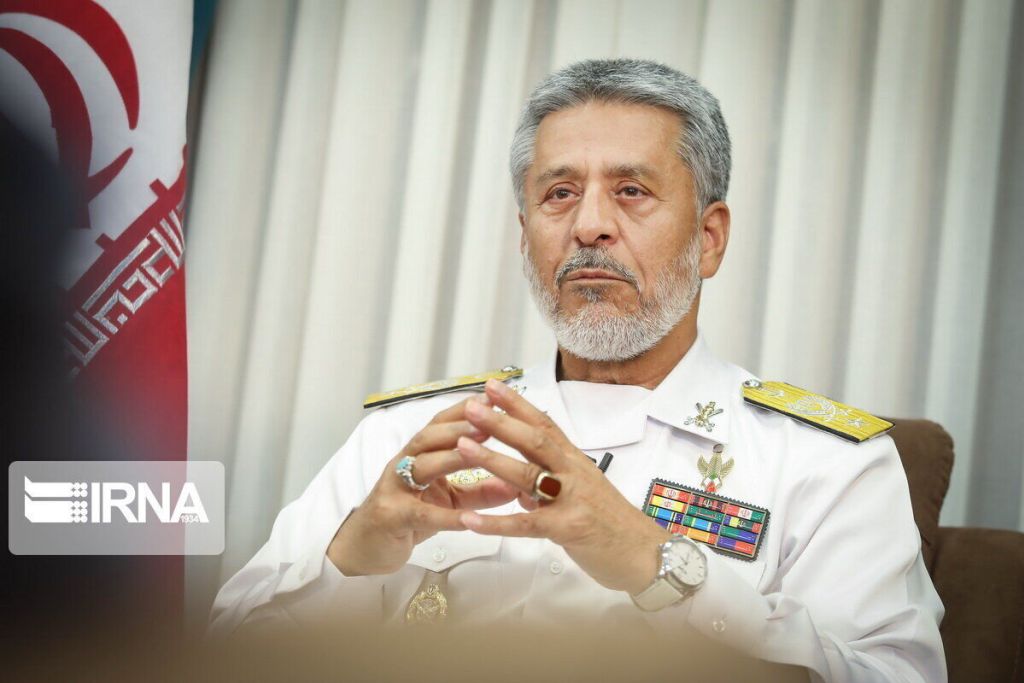 Trump has sought to avoid human losses during his presence in office. He knows that Iran’s allies will dive into any future confrontation against the “Islamic Republic” and will hit US allies in the Middle Eastern region.

Iran has equipped its strongest and most organised ally in the Middle East, Hezbollah in Lebanon, with tens of thousands of rockets and precision missiles, enough to destroy Israeli targets, already included in its bank of objectives. The Israeli targets are within a few kilometres of Hezbollah bases, not far enough for the Israeli interception missiles to neutralise all missiles and rockets if simultaneously launched. But that is not the real problem: in fact, the Israeli domestic front is far from ready for war, as even Israeli military officials acknowledge.

Hezbollah managed to break the Israeli deterrence policy and succeeded in breaking the will of Israel, as the world observed in the last confrontation. Indeed, Israel chose to abandon for two weeks all positions along 100 kilometres from the Lebanese borders and 5 kilometres deep due to a single threat launched via local television by Hezbollah Secretary General Sayyed Hassan Nasrallah. A very strong indication that though Israel can continue verbally threatening Lebanon, war is unlikely for a very long time to come.

Iran’s allies are also present in Syria, Iraq and Yemen, all equipped with precision missiles. The US and its allies are not in a position to ignore this reality and the fact that (notwithstanding the US and Israel’s great destructive power) serious damage can be inflicted on the US camp in case of war.

Another crucially important element, not to be neglected, is the fact that the US is taking further distance from the Middle East. In 2019 I witnessed the US’s clear detachment from the Iraqi selection of a Prime Minister, for the first time since 2003. The US is also, unusually, not intervening in Lebanon’s choice of a Prime Minister. These are two important countries where the US was positioned in the front line to curb Iran’s influence. Likewise, in Syria (where the US is flagrantly stealing Syrian oil), the US seems to have lost its appetite to remain in the Levant and compel Iran’s departure from Syria- to the great discontent of Israel.

Only the weapon of economic sanctions remains for the US, a weapon that soon will be less efficient as countries adapt to their new situation. Trump is sanctioning his friends, enemies and competitors, exhausting US financial power. That is giving an advantage to the countries concerned to prepare themselves for counter-measures in the long-term. The US, despite its attempt at hegemony, is returning to the era before the 1991.

It is true that the US has managed, under President Trump, to sell huge quantities of weapons to Middle Eastern countries. The US military industry has benefitted for a few years but this is coming to an end. These weapons will no longer be used in any future war because the possibility of a military confrontation in the Middle East is fading and all parties and potential belligerents are well equipped and armed with destructive firepower.

Today the US is looking at Russia, China and their allies as sources of danger from highly competitive technology and artificial intelligence developments. There is little room for future military confrontation. The time has finally come for the Middle Eastern countries to solve their domestic and regional problems among themselves without outside interference.