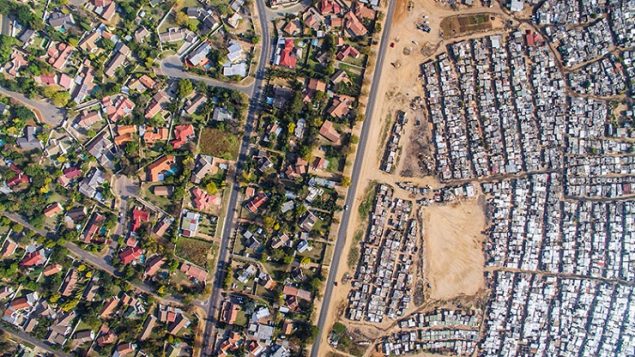 The west has colonized, exploited, ravaged and assassinated the people of the Global South for hundreds of years. Up to the mid-20th Century Europe has occupied Africa, and large parts of Asia. But now… Latin America is waking up – and so is Africa.

The west has colonized, exploited, ravaged and assassinated the people of the Global South for hundreds of years.

Up to the mid-20th Century Europe has occupied Africa, and large parts of Asia.

In Latin America, though much of the sub-Continent was “freed” from Spain and Portugal in the 19th Century – a new kind of colonization followed by the new Empire of the United States – under the so-called Monroe Doctrine, named after President James Monroe (1817 -1825), forbidding Europeans to interfere in any “American territory”. Latin America was then and is again today considered Washington’s Backyard.

In the last ten years or so, Washington has launched the Monreo Doctrine 2.0. This time expanding the interference policy beyond Europe – to the world. Democratic sovereign governments in Latin America that could choose freely their political and economic alliances in the world are not tolerated. China, entering into partnership agreements with Latin American countries, sought after vividly by the latter – is condemned by the US and the west, especially vassalic Europe.

Venezuela and Cuba are being economically strangled to exhaustion. But they are standing tall as pillars in defending the Latin American Continent – with economic assistance and military advice from China and Russia.

Latin America is waking up – and so is Africa.

In Latin America, street protests against the US / IMF imposed debt trap and de consequential austerity programs, making the rich richer and the poor poorer, are raging in Honduras, Nicaragua, Ecuador, Chile, Argentina and even in Brazil. In Argentina, in a democratic election this past weekend, 27 October, the people deposed neoliberal President Macri. He was put in the Presidency via “tricked” elections by Washington in 2015. Macri ruined the prosperous country in his 4 year-reign. He privatized public services and infrastructure, education, health, transportation – and more, leading to hefty tariff increases, worker layoffs, unemployment and poverty. Poverty, at about 15% in 2015, when Macri took office, soared to over 40% in October 2019.

In 2018 Macri contracted the largest ever IMF loan of US$ 57.2 billion – a debt trap, if there was ever one. The new, just elected Fernandez-Fernandez center-left Government will have to devise programs to counter the impact of this massive debt.

All over in Latin America, people have had enough of the US / western imposed austerity and simultaneous exploitation of their natural resources. They want change – big style. They seek to detach from the economic and financial stranglehold of the west. They are looking for China and Russia as new partners in trade and in financial contracts.

The same in Africa – neocolonialism by the west, mostly France and the UK, through financial oppression, unfair trading deals and wester imposed – and militarily protected – despotic and corrupt leaders, has kept Africa poor and desolate after more than 50 years of so-called Independence. Africa is arguably still the Continent with the most natural resources the west covets and needs to preserve its luxury life style and continuous armament.

People, who do not conform, especially younger politicians and economists, who protest and speak out, because they see clearly through the western imposed economic crimes committed on a daily basis, are simply assassinated or otherwise silenced.

Here too, Africans are quietly seeking to move out of the claws of the west, seeking new relations with China and Russia. The recent Russian-African summit in Sochi was a vivid example.

China is invited to build infrastructure, fast trains, roads, ports and industrial parks – and the Belt and Road Initiative (BRI) is more than welcomed in Africa, as it projects common and equal development for all to benefit. BRI is the epitome for building a Community with a Shared Future for Mankind. China also offers a gradual release from the US / western dominated dollar-debt claws. Freeing a country from the dollar-based economy, is freeing it from the vulnerability of US / western imposed sanctions. This is an enormous relief that literally every country of the Global South – and possibly even Europe – is hoping for.

However, as could be expected, the west, led by the US of A, is pouncing China for engaging in “debt trap diplomacy”. Exactly the contrary of what is actually happening.

The truth is, though, countries throughout the world, be it in Africa, Asia, South Pacific and Latin America, are choosing to partner with China by their free will. According to a statement by a high-level African politician “China does not force or coerce us into a deal, we are free to choose and negotiate a win-win situation.” – That says it all.

The difference between the west and east is stark. While anybody and any country that does not agree with the US dictate and doctrine, risks being regime-changed or bombed, China does not impose her new Silk Road – the BRI – to any country. China invites, respecting national sovereignty. Who wants to join is welcome to do so. That applies as much to the Global South, as it does to Europe.

China’s President Xi Jinping launched the BRI in 2013. In 2014 Mr. Xi visited Madame Merkel in Germany, offering her to be at that time the western-most link to the BRI. Ms. Merkel under the spell of Washington, declined. President Xi returned and China continued working quietly on this fabulous worldwide economic development project – BRI – THE economic venture of the 21st Century, so massive that it was incorporated in 2017 into the Chinese Constitution.

It took the west however 6 years to acknowledge this new version of the more than 2000-year-old Silk Road. Only in 2019, the western mainstream media started reporting on the BRI – and always negatively, of course. The preaching was and still is – beware of the Chinese Dragon, they will dominate you and everything you own with their socialism.

This train of thought is typically western. Aggression seems to be in the genes of western societies, of western culture, as the hundreds of years of violent and despotic colonization and exploitation – and ongoing – are proving. Does it have to do with western monotheistic doctrines? – This is pure speculation, of course.

Again, the truth is multi-fold. – First, China does not have a history of invasion. China seeks a peaceful and egalitarian development of trade, science and foremost human wellbeing – a Tao tradition of non-aggression. Second, despite the “warnings” from the throne of the falling empire, about a hundred countries have already subscribed to participate in BRI – and that voluntarily. And third, China and Russia and along with them the Shanghai Cooperation Organization (SCO) are in a solid economic and defense alliance which encompasses close to half of the world population and about one third of the globes total economic output.

Hence, SCO members are – or may be, if they so choose – largely detached from the dollar hegemony. The western privately run and Wall Street controlled monetary transfer system, SWIFT, is no longer needed by SCO countries. They deal in local currencies and / or through the Chinese Interbank Payment System (CIPS).

It is no secret, that the empire, headquartered in Washington, is gradually decaying, economically as well as militarily. It’s just a matter of time. How much time, is difficult to guess. But Washington’s everyday behavior of dishing out sanctions left and right, disrupting international monetary transactions, confiscating and stealing other countries assets around the world, puts ever more nails in the Empire’s coffin. By doing this, America is herself committing economic and monetary suicide. Who wants to belong to a monetary system that can act willy-nilly to a county’s detriment? There is no need for outside help for this US-sponsored pyramid fiat monetary system to fall. It’s a house of cards that is already crumbling by its own weight.

The US dollar was some 20-25 years ago still to the tune of 90% the domineering reserve currency in the world. Today that proportion has declined to less than 60% – and falling. It is being replaced primarily by the Chinese yuan as the new reserve currency.

This is what the US-initiated trade war is all about – discrediting the yuan, a solid currency, based on China’s economy – and on gold. “Sanctioning” the Chinese economy with US tariffs, is supposed to hurt the yuan, to reduce its competition with the dollar as a world reserve currency. To no avail. The yuan is a worldwide recognized solid currency, the currency of the second largest economy. By some standards, like accounted by PPP (Purchasing Power Parity), the most important socioeconomic indicator for mankind, China is since 2017 the world’s number one economy.

This, and other constant attacks by Washington, is a typical desperate gesture of a dying beast – thrashing wildly left and right and above and below around itself to bring down into its grave as many perceived adversaries as possible. There is of course a clear danger that this fight for the empire’s survival might end nuclear – god forbid!

China’s and Russia’s policy, philosophy and diplomacy of non-aggression may save the world from extinction – including the people of the United States of America.

Peter Koenig is an economist and geopolitical analyst. After working for over 30 years with the World Bank he penned Implosion, an economic thriller, based on his first-hand experience. 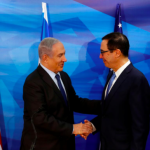 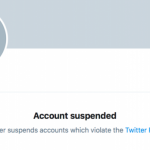