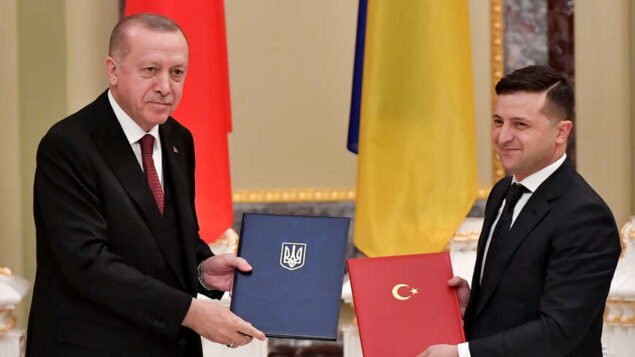 On the face of it, an alliance between Turkey and Ukraine seems like a rather odd creation, yet one that may surprisingly durable simply because neither country has anywhere else to turn. What practically dooms them to a partnership if not an outright alliance is their unenviable geographic and geopolitical position of occupying the strange “no man’s land” between Russia, NATO, and the Middle East. It is, of course, largely a predicament of their own making.

On the face of it, an alliance between Turkey and Ukraine seems like a rather odd creation, yet one that may surprisingly durable simply because neither country has anywhere else to turn. What practically dooms them to a partnership if not an outright alliance is their unenviable geographic and geopolitical position of occupying the strange “no man’s land” between Russia, NATO, and the Middle East. It is, of course, largely a predicament of their own making. Ukraine, with considerable Western backing and encouragement but nevertheless mostly through efforts of a faction of its own oligarchy, opted out of the Russia-centered network of loose alliances, trade partnerships, and other forms of cooperation that were mutually beneficial to the two in the previous two decades. But that defection was not rewarded by the West in a way the likes of Poroshenko, Yatsenyuk, Avakov, Parubiy, and other architects of the Maidan coup expected. Merely being stridently anti-Russian did not prove enough to warrant a shower of US and European cash, only onerous IMF loans which moreover come with conditions Kiev elites are in no hurry to abide by. EU foreign policy chief Josef Borrel lecturing Kiev that the European Union is not an “ATM machine” delivered that point loud and clear: Kiev is supposed to privatize whatever crown jewels its economy still has (at this point, mainly agricultural land), fight corruption of its own elites and facilitate the corruption of Western elites. Joseph Robinette Biden Junior is hardly the only Western politician with a talentless son in need of a lucrative sinecure. There are entire Western companies eager to participate in the thinly disguised plunder that the privatization of Ukraine’s economy will inevitably turn into. A Kiev court’s recent decision to declare the country’s anti-corruption institutions that were painstakingly stood up with considerable aid and tutelage from Western governments, down to screening appropriately-minded individuals for the job, looks as if it were calculated to send a middle-finger gesture to Borrel in terms even dense EU bureaucratic hacks will comprehend. Pro-EU newspapers like Kiev Post were quick to label this a “death of democracy”, presumably with the intent of interesting EU and NATO in sponsoring yet another Maidan since last one seems not to be delivering the goods. The expected shower of Western weaponry has not materialized, probably because NATO is afraid to give Ukraine so much aid that it will risk a full-blown war with Russia.

Erdogan’s Turkey, by contrast, is in process of de-facto opting out of NATO, though neither Turkey nor the alliance itself want to take the final step of severing ties completely. NATO membership is still beneficial to Turkey. While the procurement of Russian S-400 air defense systems angered NATO and US in particular, resulting in the expulsion of Turkey from the F-35 program and the cancellation of F-35 sale to the country, evidently Ankara hopes that by nominally remaining in the alliance it limits NATO and EU sanctions that would no doubt be far harsher if it were totally out of the alliance. The hope that Turkey, possibly post-Erdogan, will yet see the error of its ways and return to the fold, prevents NATO from adopting harsher stances that would definitely push Ankara away. Yet the drifting apart is unmistakable, and the animosity between Turkey’s leaders and their Western European counterparts is so intense as to beggar belief. While Germany’s Merkel is careful to tip-toe around the issue due to fear of another wave of refugees as well as unrest among the large Turkish diaspora in Germany, France’s Macron seems to have taken a personal affront to Erdogan’s suggestion he might need a mental evaluation and will press the issue of EU sanctions against Turkey at future Union summits.

But from Turkey’s perspective, getting a cold shoulder from the EU is par for the course. Its own migration to the geopolitical gray zone of Eurasia was motivated by EU’s failure to admit Turkey as a member after decades of leading it by the nose and promising neighborhood in some nebulously distant future right after Hell froze over. Like Ukraine, Turkey was not seeking EU membership because of some mythical “shared values”. It, too, saw EU as an ATM machine that would shower Turkey, one of the poorest countries on the continent, with development assistance and moreover allow Turks to freely travel and work throughout the Union. Needless to say, neither of these prospects appealed to pretty much any European country, no matter how close or distant it was geographically. So after decades of leading Turkey by the nose, EU politely put an end to the charade citing problems with Turkey’s democracy. Thus snubbed, Erdogan opted to chart an independent course and appears to be finding a similarly snubbed oligarch clique in Kiev looking for ways the two countries could extract mutual benefit from their isolated status.

There are plenty of those to be had, as limited as Ukraine’s and Turkey’s resources are, compared to such patrons as EU, NATO, US. Faced with isolation and even a potential ban on arms exports, Turkey has a strong incentive to exploit the resources of the Ukrainian defense industry and engage in some export substitution in case vital supplies are no longer available from the West. Canada’s and Austria’s ban on exports of optronics and engines needed for the Bayraktar TB2 combat drones means Ukraine’s ability to provide substitutes would be most welcome. Ukraine, for its part, would not be against deploying a huge attack drone fleet of its own in the hopes of replicating Azerbaijan’s successful offensive against Nagorno-Karabakh on the Donbass, though there Ukraine’s drones would probably run afoul of Novorossiya’s air defenses in the same way Turkish drones were brought to heel over Idlib. Turkey’s Altay main battle tank is likewise little more than an assembly of components imported from other countries, particularly Germany. Since Germany has already placed a ban on export of powerpacks and transmissions for the Altay, Turkey has been casting about for replacements, looking as far as China. Whether Ukraine’s developments in this realm can be adopted to rescue the Altay project remain to be seen. However, the Oplot powerpacks and transmissions can probably be adapted to Altay use, resulting in Turkey realizing its goal of a home-grown MBT. Ultimately, the greater the contribution of Ukrainian defense industry to Turkey’s military modernization, the more freedom of action it would bestow on Turkey and make it less dependent on other foreign sources of military hardware who can exert influence over Turkey simply by withholding future technical support. If the United States were to follow up on the F-35 expulsion with a ban on servicing Turkish F-16s which form the mainstay of its airpower, the result would be crippling of the country’s air combat capabilities that drones cannot compensate for and which would be sorely missed in any confrontation with another comparable power like Greece. Turkey’s efforts to develop an indigenous fighter aircraft would benefit from Ukraine’s technological contributions and its own interest in indigenous aircraft designs. For Ukraine, the relationship would be an opportunity to acquire NATO-compatible weaponry with the caveat that it would have to pay in full for every last drone, either with cash or in kind. Turkey’s economic situation is not so strong as to allow largesse in the form of free military aid to anyone.

Mitigating against the long-term development of what Zelensky referred to as “strategic partnership” with Turkey is the erratic behavior of Erdogan who seeks to dominate any and all partners and tries to see how far he can push before the partners push back. This practice has led to the confrontations in Syria, Libya, and eastern Mediterranean. Ukraine, in contrast to Russia, France, and even Greece, is hardly in a position to push back. The most dangerous aspect of Turkish politics, from Ukraine’s perspective, is the ideology of Pan-Turkism that just might transform Ukraine’s Tatar community into a proxy force for Turkey right inside Ukraine, adding yet another fissure to the already fractured political picture. On the plus side, Erdogan does not appear interested in “combating corruption” in Ukraine, though that does not preclude the possibility Turkey’s military collaboration with Ukraine might not cost Ukraine dearly, though not to the same extent as EU-promoted privatization efforts. 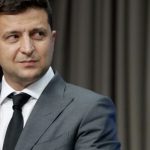 This is how Ukraine will destroy the rule of law while claiming to defend itNicolai Petro, Ukraine 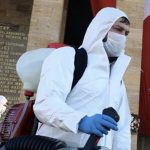