Two news reports on the situation in Syria are enclosed.

MOSCOW/BEIRUT – Russia said on Sunday talks were taking place to include Aleppo in a temporary lull in fighting declared by the Syrian army in some western parts of the country, a sign of intensified efforts to halt a surge of violence in Syria’s former commercial capital.

The United States said stopping the bloodshed in Aleppo, which has been at the center of an escalation of violence that has all but destroyed a wider ceasefire deal and broke up peace talks in Geneva, was a top priority. Nearly ten days of bombardments by both the government side and insurgents in the city of Aleppo has killed more than 250 people, a monitoring group said, confounding hopes of an end to five years of war.

Moscow and Washington brokered the Feb. 27 ceasefire deal, which applied to western Syria but excluded al Qaeda and Islamic State fighters. World powers and the United Nations have been trying to salvage that truce.

Syria’s army announced late on Friday a “regime of calm”, or lull in fighting, which applied to Damascus and some of its outskirts, and parts of northwestern coastal province Latakia. But it excluded Aleppo.

U.S. Secretary of State John Kerry, who arrived in Geneva on Sunday for discussions on Syria with the United Nations and his Jordanian and Saudi counterparts, said a ceasefire was needed throughout Syria and hoped to be able to reaffirm the cessation of hostilities after talks in Geneva.

A senior defense ministry official in Moscow, which supports Syrian President Bashar al-Assad, said on Sunday negotiations were taking place to “establish a regime of calm also in Aleppo province”, Interfax news agency reported. The official did not say who was negotiating on Aleppo.

He said the lull in fighting had been extended around Damascus for another 24 hours. In Latakia province, it still applied through Monday without need for an extension. It had been respected in both areas, the Russian official said. Syria’s army confirmed the extension of the lull around Damascus but did not mention Aleppo.

A number of rebel groups late on Saturday rejected the partial “regime of calm” in Damascus and Latakia, saying any truce must include all areas where the government and main opposition were fighting, as under the February deal. “We will not accept under any circumstances… regional ceasefires,” they said, adding they would respond as “one bloc” to attacks in any area of the country.

The U.S. State Department said Washington wanted Russia to put pressure on Assad to stop what it called indiscriminate aerial attacks in Aleppo, Syria’s biggest city before the war, and which has long been split between government- and opposition-held areas of control.

“These are critical hours,” Kerry said, adding: “We look for Russia’s cooperation, and we obviously look for the regime to listen to Russia and to respond.”

Both sides have rained bombardments on residential areas for nearly ten days, killing more than 250 people including at least 40 children, the Syrian Observatory for Human Rights said.

Fifteen air strikes by the government side hit rebel-held areas in the city, the Observatory said, and reported air raids in Aleppo’s northern outskirts in areas along the Castello Road, the opposition’s only way in and out of the city. A resident in a rebel-held area said shops and businesses were closed and there had been electricity and water cuts for days.

Full control of Aleppo would be a huge prize for Assad. Russia’s military intervention has helped turn the war Assad’s way, reversing some gains rebels made last year.

The Free Syrian Army has refused to recognize partial ceasefires or local lulls in violence, claiming that if the UN-backed truce is not implemented in full, the group reserves its right to withdraw from the Geneva talks and respond to any attacks.

The loose coalition of armed opposition groups, united under the U.S.-backed umbrella organization dubbed the Free Syrian Army, issued an official statement on Sunday, in which it claimed that any attack on their individual units will be treated as one on the whole bloc after its formation.

“We – the armed groups from across Syria will form a single bloc, any offensive that takes place in an area where our units are present, will be regarded as an attack against all the units throughout the Syrian territory, and we reserve the right to respond to it,” FSA said in a statement endorsed by 37 military units.

The FSA also rejected the U.S. and Russia-brokered “regime of silence” currently in place in parts of Damascus and Latakia provinces, with negotiations currently underway to extend it to Aleppo as well. The organization slammed the idea of a partial ceasefire in selected areas, saying that they will only accept a full-scale truce that concerns all regions.

“The cessation of hostilities which we have agreed upon, is first of all a comprehensive agreement, which includes the whole territory of Syria, with the exception of the territory under [the] control of ISIS,” the statement said, without mentioning the second internationally-recognized terrorist group, Jabhat al Nusra, which is also excluded from the UN-backed ceasefire deal.

“We will never under any circumstances accept the principle of divisibility or regional truces,” the FSA statement added. In addition the opposition forces said they support the stance of the Saudi-backed High Negotiations Committee who withdrew from Geneva negotiations in April accusing Syrian government of violating the Peace plan for Syria stipulated in the UN Security Council resolution 2254.

Accusing Damascus of violating a number of items in the resolution on maintaining peace in Syria, the FSA said they “appreciate the position of the High Negotiations Committee on suspension of the Geneva-3 talks and support it.”

Meanwhile the Russian Center for Reconciliation in Syria, which is working on implementing the UN-backed Syria peace roadmap as well as regional ceasefires, said that active negotiations have been taking place in the area of embattled Aleppo and that recently an agreement has been reached with two of Aleppo’s settlements. As of May 1, the number of settlements which joined the truce reached 85, the center reported.

At the same time, some 3.5 tons of humanitarian aid were brought to Damascus and Aleppo provinces, Russia’s Defense Ministry said in a statement on Sunday, adding that similar convoys are to be delivered to Homs and Hama provinces.

After Syria witnessed a surge in violence over the past week, particularly Aleppo where dozens of civilians fell under heavy shelling and a hospital was hit resulting in at least 50 deaths according to MSF, UN special envoy Staffan de Mistura warned that the truce was on a brink of collapse and needed salvaging.

In an interview with RT, Mistura insisted that both Russia and US bear responsibility to protect and “recalibrate” the cessation of hostilities and make sure that the peace initiative, which he says is the only viable solution for Syria, remains.

While Moscow has been taking active measures, such as conducting negotiations in Aleppo and delivering humanitarian aid to facilitate the conflict, Washington has been actively involved in discussing the situation.

On a hastily arranged trip to Geneva flowing de Mistura’s appeal, the US Secretary of State John Kerry on Sunday said he hoped that “some progress” will be reached in the next two days in the Geneva negotiations.

“The hope is we can make some progress,” Kerry said as quoted by Reuters. “I hope that in the course of the conversations I have here tonight, tomorrow, and the work that the teams are doing… [we can] zero in and pin down the modalities of reaffirming the cessation.”

“These are critical hours, we look for Russia’s cooperation, and we obviously look for the regime to listen to Russia and to respond,” added Kerry, who is due to meet de Mistura on Monday.

The problem in installing a firm ceasefire lies in the fact that the opposition groups are “mixed” with the extremists and the groups “are fighting among themselves” and that the U.S. “don’t know where to go” with all this, Belgian journalist Willy Van Damme told RT.

Meanwhile the decision by the FSA, some of whose factions are known to have cooperated with Al Nusra, not to join local ceasefires puts them on the same line with radical extremists, believes Abayome Azikiwe, editor of Pan-African News Wire.

“When you have groups such as the Free Syrian Army, which the Obama administration says is legitimate opposition group even though they are armed and they are carrying out attacks against the Syrian government when they say they’re not going to participate in the process then, of course, they are objectively siding with the Islamist extremist organizations…” Azikiwe told RT.

“It is the belligerence of whether they claim to be an opposition, moderate opposition or Islamist extremists – they are all involved in the destabilization of the Syrian State,” he added speaking about opposition forces in Syria as a whole.

As the goal of all Syrian opposition to bring about regime change “coincides with the U.S. foreign policy in the region”, Azikiwe believes that Washington is “not serious about any type of comprehensive ceasefire” and is not “forthright in its approach to developing genuine peace in Syria.” 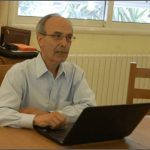 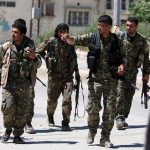 Uncertainties surround evolving relations between U.S. and Kurds in SyriaMultipolarity