‘Capitalism on a Ventilator’ − coming soon in Chinese 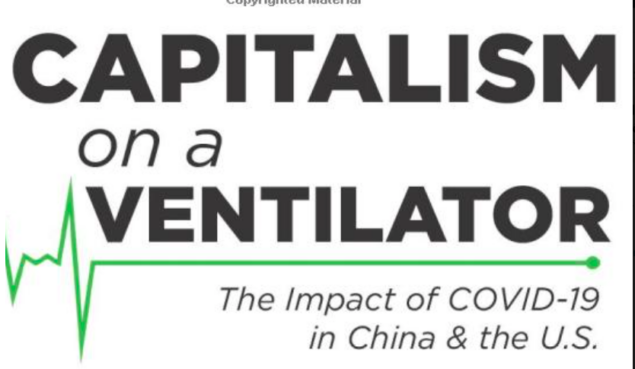 “Capitalism on a Ventilator: The Impact of COVID-19 in China & the U.S.” — originally published last year and penned by dozens of alternative writers from the U.S. and around the world — will now be translated and distributed in China. It will be available for sale by late September.

As the Delta variant rages through the U.S., a major Chinese publisher last week signed a contract to distribute a timely book comparing COVID-19 responses in the countries’ two systems: capitalism and socialism.

“Capitalism on a Ventilator: The Impact of COVID-19 in China & the U.S.” — originally published last year and penned by dozens of alternative writers from the U.S. and around the world — will now be translated and distributed in China. It will be available for sale by late September.

“It’s been an honor for our book to be published in China,” said Lee Siu Hin, national coordinator of the China-U.S. Solidarity Network and the National Immigrant Solidarity Network, as well as a writer and editor of the book, “and a great opportunity for U.S. activists to meet and build solidarity with Chinese academia and activists. We hope to continue this work for peace and friendship.”

The authors detail the decisive, comprehensive steps taken by the Chinese government to break the chain of infection, as opposed to the chaotic U.S. response which ranged from outright denial to chaotic bungling to racist blame games.

“Capitalism on a Ventilator” puts into perspective the baseless campaign to use the “lab-leak theory” to blame China for the coronavirus — when it was China who, in January 2020, tried to warn the U.S. about the virus through phone calls, public announcements and early sequencing of the virus — and mounted the world’s most comprehensive and successful campaign against the novel disease.

“Despite China’s many accomplishments, a dangerous war drive against China is gaining momentum in the U.S.,” said Sara Flounders, director of the International Action Center and co-editor of the book. “Hopefully this book will introduce voices who are resisting this pull and urging science, cooperation and solidarity as the only alternative.”

In September 2020, union-busting Amazon tried to ban “Capitalism on a Ventilator” from its all-powerful platform, claiming the book did not “comply with [Amazon’s] guidelines” and falsely listing it as “out of print.”

While an outcry forced Amazon to carry the title on its megasite, even now it cannot be found on Kindle, the publishing giant’s e-book platform.

The book can be found at these and other online locations: