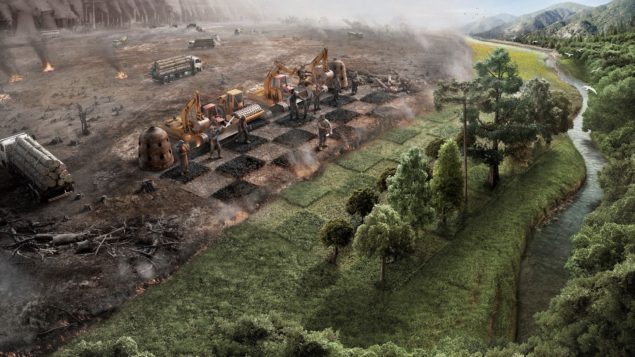 The COVID19 pandemic has exposed a strange anomaly in the global economy. If it doesn’t keep growing endlessly, it just breaks. Grow, or die.

A landmark study in the journal Nature Communications, “Scientists’ warning on affluence” — by scientists in Australia, Switzerland and the UK — concludes that the most fundamental driver of environmental destruction is the overconsumption of the super-rich.

This factor lies over and above other factors like fossil fuel consumption, industrial agriculture and deforestation: because it is overconsumption by the super-rich which is the chief driver of these other factors breaching key planetary boundaries.

The paper notes that the richest 10 percent of people are responsible for up to 43 percent of destructive global environmental impacts.

In contrast, the poorest 10 percent in the world are responsible just around 5 percent of these environmental impacts:

“These findings mean that environmental impact is to a large extent caused and driven by the world’s rich citizens.”

It confirms that global structural inequalities in the distribution of wealth are intimately related to an escalating environmental crisis threatening the very existence of human societies.

Synthesising knowledge from across the scientific community, the paper identifies capitalism as the main cause behind “alarming trends of environmental degradation” which now pose “existential threats to natural systems, economies and societies.” The paper concludes:

“It is clear that prevailing capitalist, growth-driven economic systems have not only increased affluence since World War II, but have led to enormous increases in inequality, financial instability, resource consumption and environmental pressures on vital earth support systems.”

Capitalism and the pandemic

Thanks to the way capitalism works, the paper shows, the super-rich are incentivised to keep getting richer — at the expense of the health of our societies and the planet overall.

The research provides an important scientific context for how we can understand many earlier scientific studies revealing that industrial expansion has hugely increased the risks of new disease outbreaks.

Just last April, a paper in Landscape Ecology found that deforestation driven by increased demand for consumption of agricultural commodities or beef have increased the probability of ‘zoonotic’ diseases (exotic diseases circulating amongst animals) jumping to humans. This is because industrial expansion, driven by capitalist pressures, has intensified the encroachment of human activities on wildlife and natural ecosystems.

Two years ago, another study in Frontiers of Microbiology concluded presciently that accelerating deforestation due to “demographic growth” and the associated expansion of “farming, logging, and hunting”, is dangerously transforming rural environments. More bat species carrying exotic viruses have ended up next to human dwellings, the study said. This is increasing “the risk of transmission of viruses through direct contact, domestic animal infection, or contamination by urine or faeces.”

It is difficult to avoid the conclusion that the COVID19 pandemic thus emerged directly from these rapidly growing impacts of human activities. As the new paper in Nature Communications confirms, these impacts have accelerated in the context of the fundamental operations of industrial capitalism.

The result is that capitalism is causing human societies to increasingly breach key planetary boundaries, such as land-use change, biosphere integrity and climate change.

Remaining within these boundaries is essential to maintain what scientists describe as a “safe operating space” for human civilization. If those key ecosystems are disrupted, that “safe operating space” will begin to erode. The global impacts of the COVID19 pandemic are yet another clear indication that this process of erosion has already begun.

“The evidence is clear,” write Weidmann and his co-authors.

“Long-term and concurrent human and planetary wellbeing will not be achieved in the Anthropocene if affluent overconsumption continues, spurred by economic systems that exploit nature and humans. We find that, to a large extent, the affluent lifestyles of the world’s rich determine and drive global environmental and social impact. Moreover, international trade mechanisms allow the rich world to displace its impact to the global poor.”

The new scientific research thus confirms that the normal functioning of capitalism is eroding the ‘safe space’ by which human civilisation is able to survive.

The paper also sets out how this is happening in some detail. The super-rich basically end up driving this destructive system forward in three key ways.

Firstly, they are directly responsible for “biophysical resource use… through high consumption.”

Secondly, they are “members of powerful factions of the capitalist class.”

Thirdly, due to that positioning, they end up “driving consumption norms across the population.”

But perhaps the most important insight of the paper is not that this is purely because the super-rich are especially evil or terrible compared to the rest of the population — but because of the systemic pressures produced by capitalist structures.

The authors point out that: “Growth imperatives are active at multiple levels, making the pursuit of economic growth (net investment, i.e. investment above depreciation) a necessity for different actors and leading to social and economic instability in the absence of it.”

At the core of capitalism, the paper observes, is a fundamental social relationship defining the way working people are systemically marginalised from access to the productive resources of the earth, along with the mechanisms used to extract these resources and produce goods and services.

This means that to survive economically in this system, certain behavioural patterns become not just normalised, but seemingly entirely rational — at least from a limited perspective that ignores wider societal and environmental consequences. In the words of the authors:

“In capitalism, workers are separated from the means of production, implying that they must compete in labour markets to sell their labour power to capitalists in order to earn a living.”

Meanwhile, firms which own and control these means of production “need to compete in the market, leading to a necessity to reinvest profits into more efficient production processes to minimise costs (e.g. through replacing human labour power with machines and positive returns to scale), innovation of new products and/or advertising to convince consumers to buy more.”

If a firm fails to remain competitive through such behaviours, “it either goes bankrupt or is taken over by a more successful business. Under normal economic conditions, this capitalist competition is expected to lead to aggregate growth dynamics.”

The irony is that, as the paper also shows, the “affluence” accumulated by the super-rich isn’t correlated with happiness or well-being.

The “hegemonic” dominance of global capitalism, then, is the principal obstacle to the systemic transformation needed to reduce overconsumption. So it’s not enough to simply try to “green” current consumption through technologies like renewable energy — we need to actually reduce our environmental impacts by changing our behaviours with a focus on cutting back our use of planetary resources:

“Not only can a sufficient decoupling of environmental and detrimental social impacts from economic growth not be achieved by technological innovation alone, but also the profit-driven mechanism of prevailing economic systems prevents the necessary reduction of impacts and resource utilisation per se.”

The good news is that it doesn’t have to be this way.

The paper reviews a range of “bottom-up studies” showing that dramatic reductions in our material footprint are perfectly possible while still maintaining good material living standards.

In India, Brazil and South Africa, “decent living standards” can be supported “with around 90 percent less per-capita energy use than currently consumed in affluent countries.” Similar possible reductions are feasible for modern industrial economies such as Australia and the US.

By becoming aware of how the wider economic system incentivises behaviour that is destructive of human societies and planetary ecosystems critical for human survival, both ordinary workers and more wealthy sectors — including the super-rich — can work toward rewriting the global economic operating system.

This can be done by restructuring ownership in firms, equalising relations with workers, and intentionally reorganising the way decisions are made about investment priorities.

The paper points out that citizens and communities have a crucial role to play in getting organised, upgrading efforts for public education about these key issues, and experimenting with new ways to work together in bringing about “social tipping points” — points at which social action can catalyse mass change.

While a sense of doom and apathy about the prospects for such change is understandable, mounting evidence based on systems science suggests that global capitalism as we know it is in a state of protracted crisis and collapse that began some decades ago. This research strongly supports the view that as industrial civilization reaches the last stages of its systemic life-cycle, there is unprecedented and increasing opportunity for small-scale actions and efforts to have large system-wide impacts.

The new paper shows that the need for joined-up action is paramount: structural racism, environmental crisis, global inequalities are not really separate crises — but different facets of human civilization’s broken relationship with nature.

Yet, of course, the biggest takeaway is that those who bear most responsibility for environmental destruction — those who hold the most wealth in our societies — urgently need to wake up to how their narrow models of life are, quite literally, destroying the foundations for human survival over the coming decades.

Dr Nafeez Ahmed is Executive Director of the System Shift Lab. He is a Research Fellow at the Schumacher Institute for Sustainable Systems and a Fellow at the Royal Society of Arts. An award-winning investigative journalist, change strategist and systems theorist, Nafeez is editor of the crowdfunded investigative journalism platform, INSURGE intelligence. Previously he was ‘system shift’ columnist at VICE reporting on ‘global system transformation’, and a Guardian environment blogger covering the geopolitics of interconnected environment, energy and economic crises. He is a former Visiting Research Fellow at Anglia Ruskin University’s Global Sustainability Institute, where he produced his latest book, Failing States, Collapsing Systems: BioPhysical Triggers of Political Violence (Springer, 2017). He is the winner of the 2010 Routledge-GCPS Essay Prize and 2015 Project Censored Award for Outstanding Investigative Journalism, and has been twice listed among the Evening Standard’s top 1,000 most influential Londoners. 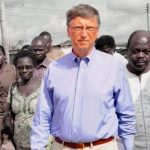 What is to be done? A manifesto for politics amid the pandemic and beyond – Part fourCOVID-19 Corona virus, Feature Articles, Geopolitical economy, Radhika Desai 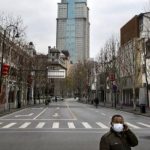