Canada’s high-profile delivery of military supplies to Ukraine in the summer of 2014 appears to have been planned and executed under pressure from the prime minister in only 10 days, according to internal documents.

A few months after the Russian annexation [sic] of Crimea, as conflict between Ukrainian government forces and Russian-supported separatist rebels in the east of Ukraine heated up, Canadian bureaucrats were sent scrambling to co-ordinate assistance, say documents obtained through an access-to-information request.

Initial actions on providing “non-lethal security assistance” appear to have been taken in the early hours of the morning on July 30. According to emails, the defence department was given just one day to identify what equipment it could spare for delivery to Ukraine. This ended up including items such as sleeping bags, protective eyewear and tactical vests.

It was “critical” to stick to a “PM-directed timetable” for delivery, said one foreign affairs staffer in an early August email, and necessary to “ensure that we stay on track to meet PM expectations.” That timeline initially called for departure on Aug. 6 [2014], though it ended up occurring on Aug. 8.

Delivery preparations appear to have ramped up after the Ukrainian ambassador at the time and a prominent Ukrainian-Canadian representative called out Canada for what they saw as a delay in sending the gear. Ambassador Vadym Prystaiko told The Globe and Mail in a report published July 24 that he was “at the end of my patience,” after a request for non-lethal military aid to Canada and other NATO allies in March of that year.

His thoughts were echoed by Paul Grod, president of the Ukrainian Canadian Congress, who said he was “surprised that Canada, which considers itself one of Ukraine’s best friends on the international stage, has still not delivered what Ukraine really needs.”

Two Liberal MPs, who were then in opposition, wrote an open letter to the foreign minister on July 28 putting pressure on him to deliver the aid.

Stephen Harper’s Conservative government at the time was keen to show the more than one million Canadians of Ukrainian descent, many in Conservative-held but hotly contested ridings, its support for the eastern European country in its conflict with Russia.

While frenzied logistical planning got underway at the beginning of August, the Privy Council Office was tasking the Department of National Defence with preparing a Message Event Proposal and scenario note—documentation that became standard practice under Mr. Harper’s Conservatives as a way to organize centralized message control.

As the scheduled flight drew near, bureaucrats were frantically emailing back and forth. Canada’s chargé d’affaires in Ukraine, Anne Mattson Gauss, noted they were “perilously close to the deadline.”

Meanwhile, the defence department was worrying about whether the plane crew would have enough time to load empty pallets back onto the plane in Ukraine—“we have NO repeat NO way to secure pallets at the airport,” said one military member, adding that the “worst case scenario” would see Canada just leaving pallets there in the hopes of recovering them later.

Still, though the status of the pallets wasn’t confirmed in the documents, the bureaucracy pulled it off. Internally, it was lauded as an “incredible effort to make this happen in a week.”

In the aftermath, it appears a significant amount of paperwork was being done to ensure that all the Ts were crossed, and the Is dotted.

“This is a high-profile initiative and will likely be subject to [access-to-information requests] and a future review or audit to make sure that the proper procedures were followed in this unique situation, even though it was conducted under tight timelines,” one email—correctly—states.

Postmedia News later reported that to speed up delivery of the military goods, the government used military aircraft, spending $1.6 million to ship $5 million worth of supplies.

Although this initial assistance was donated from Canadian military stock—documents include memorandums of understanding between the Department of National Defence and Global Affairs Canada on equipment transfers—$4.9 million worth was later contracted out through the Canadian Commercial Corporation, according to the foreign ministry.

The Crown corporation co-ordinates contracts between Canadian companies and foreign entities, including governments. For example, it brokered a much-scrutinized $15-billion contract to provide light armoured vehicles to Saudi Arabia.

The CCC has no mandate to ensure a competitive process for its dealings.

The $4.9 million comprised of four projects, which have all been completed, said Global Affairs Canada spokesperson Amy Mills in a written response to questions.

In a follow-up response, departmental spokesperson John Babcock confirmed that the biggest of the contracts, worth $2.76 million, was for “explosive ordnance disposal capacity building”—the ability to defuse bombs—and the next-biggest, worth $1.1 million, was for “tactical communications equipment.”

The concept papers for one CCC project, worth $236,500 and funded by the government’s Global Peace and Security Fund, were included in the documents released to The Hill Times. They show that the government considered the project risk level to be “high.”

Project proposals were sent on Aug. 15, 2014 and were approved by then-foreign minister John Baird within a week.

Though large sections of the documents are redacted, due to government concerns about compromising commercial confidentiality and foreign relations, they show that a degree of technical expertise and support was expected to be needed. Ms. Mills said this particular funding was for explosive ordnance disposal equipment and tactical radios, though she couldn’t say which company was providing them.

CCC spokesperson Valerie de Winter said its contracts are commercially confidential and she could not provide further information.

Marko Shevchenko, a counsellor with the Ukrainian Embassy in Ottawa, told The Hill Times that he was not aware of any deals to provide armaments or weapons to Ukraine through the CCC. The Ukrainian Embassy here was kept apprised of ongoing projects, but wasn’t very involved in the planning, he said.

Both the former Conservative and current Liberal governments have been leery about giving the Ukrainian army lethal military aid.

Conservative MP James Bezan (Selkirk-Interlake-Eastman, Man.), then the parliamentary secretary to the defence minister, travelled to Ukraine in August 2014 and again later that fall to accompany deliverers of military gear.

Mr. Bezan was in Ukraine again this month. In an email to The Hill Times, he said the supplies he helped to deliver in 2014 “have provided much-needed physical and medical protection to those on the front lines.”

Mr. Bezan would not comment on specifics of CCC contracts, saying it operates at an arm’s length from government.

About 200 Canadian Armed Forces members are deployed to Ukraine on a training mission.

Overall Canadian government assistance to Ukraine has totalled more than $700 million since January 2014, according to government press releases. That includes another shipment of explosive-ordnance disposal equipment announced by the new foreign minister, Stéphane Dion, at the end of November 2015.

Canada’s ‘due diligence’ on terrorism prevention

Project officers in the Canadian government are required to follow something called the Anti-Terrorism Due Diligence Protocol, internal documents show.

Global Affairs Canada spokesperson Amy Mills said in a response to questions that it’s a way for them to “ensure that the project they are working on does not inadvertently support international terrorism.”

It involves cross-referencing Public Safety Canada’s list of terrorist entities, along with other lists updated by the United Nations.

It also involves including wording in the “implementing instruments” of agreements with partner organizations that makes them agree in writing not to use Canadian funding “to support known terrorists or terrorist entities.”

Within the foreign affairs department’s Stabilization and Reconstruction Task Force, this protocol has been in place since 2000, she said—before the 9/11 attacks in New York City, and before much of the anti-terrorism legislation we see today was in place.

Today, it’s still seen as an “essential component” of project development within that task force, Ms. Mills said, and certification of the ATDDP is included in all project approval documentation. It has been “built into the project development process which explicitly requires its application.”

Marie-Danielle Smith reports and edits for the Wednesday edition of The Hill Times. She can be reached at [email protected] Follow her on Twitter at @mariedanielles. 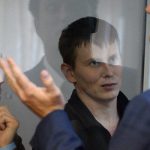