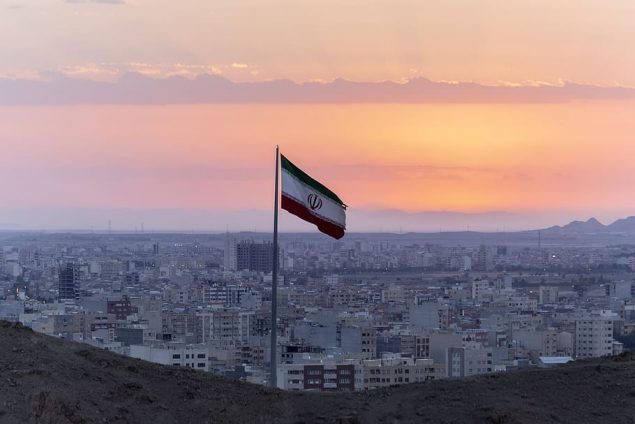 In Canada pro-peace voices on Iran are rarely included in coverage, with advocates of sanctions and regime change given the spotlight instead

In mid-January, I was invited to CBC Radio’s “The House” program for a panel on how Iranian Canadians are reacting in the aftermath of the Flight 752 tragedy. As a critic of CBC’s Iran coverage in the past, I thought this would be a good opportunity to help change the conversation at our public broadcaster.

Shortly after I agreed, it became clear the panel was an ambush. Both of the other guests had supported United States President Donald Trump’s Iran policy. Meanwhile, the guest host, Evan Dyer, had uncritically quoted fringe elements of the diaspora in his past reporting, and told Iranian Canadians to watch Iranian state TV if they didn’t like his coverage. I raised these concerns with the associate producer, but was told the panel composition wouldn’t change.

Though hesitant, I attended the panel. It was predictably biased. Dyer lobbed softball questions at the other guests, and gave them the vast majority of airtime. He also asked, unprompted, whether I “personally” wanted Iran’s government to fall, a McCarthyesque question used to undermine peace activists, especially when they’re Iranian.

The panel was an instructive microcosm of Canadian media’s Iran coverage, where pro-peace voices are rarely included and advocates of inhumane sanctions and regime change are given the spotlight. In a nutshell,  the coverage advances an agenda of isolating Iran through sanctions and the breaking of diplomatic relations on the one hand and regime change on the other.

This agenda originated with neoconservatives in the U.S., but was taken up wholesale by Prime Minister Stephen Harper’s administration, who broke diplomatic relations with Iran in 2012 and subsequently imposed perhaps the most suffocating sanctions on the country in the world at that time. Prime Minister Justin Trudeau has generally continued that agenda, giving up any hope for change in the years since Trump was elected.

There are three basic elements that make up this prominent media narrative.

Most Canadians, especially progressive ones, care about human rights despite our own country’s reprehensible record when it comes to Indigenous people, among others. This is something regime change advocates in the media know and exploit.

The conversation on Iran tends to be purely concerned with hot button issues such as democratic rights, forced hijab and government repression of freedom of speech. While the Iranian government has violated human rights — including and especially of religious and sexual minorities, and women — this narrative is fundamentally misleading.

Many of Canada’s allies in the region are also routine violators of human rights. One need not look beyond Saudi Arabia, who Canada has provided arms to that have likely been used domestically and in war crimes in Yemen, or Israel, which continues to build settlementson occupied land and impose suffocating conditions on Palestinians. Yet these violations are almost never seen as a rationale for war or sanctions.

More importantly, this discourse willfully obscures a human rights violation against Iranian civilians: the suffocating sanctions that have been imposed on them for decades. These sanctions deprive Iranians of access to basic goods, including medicine, and have been described by Human Rights Watch as an instance of collective punishment and a violation of human rights.

Yet supposed human rights experts platformed by the media rarely speak about them. Even worse, these advocates use Iran’s human rights violations that impact thousands to rationalize materially harming the lives of more than 80 million people who reside in Iran.

The second aspect of this narrative is presenting fabricated connections between Iran and the terrorism inspired by Wahhabism, an extremist form of Sunni Islam that is Saudi Arabia’s state religion. The claim that “Iran is the leading state sponsor of terrorism” has been repeated so often that it’s become accepted wisdom in media discourse. The truth, however, doesn’t bear that claim out.

In reality, Iran has never been shown to have any relevant connection to al-Qaida, ISIS or other prominent terrorist groups. Indeed, as a Shia majority country, Iran is a prime target for these organizations and has been crucial in the fight against ISIS in Syria and Iraq.

That’s not to say Iran doesn’t have links with Hezbollah in Lebanon, and Shia militias in Iraq, both of which have been credibly accused of violence against civilians. Although Canada lists these as terrorist organizations, unlike ISIS and al-Qaeda the United Nations Security Council, and much of the world, does not.

At the same time, “experts” who call for a confrontational approach to Iran due to its connections to “terrorism” don’t generally do the same for Saudi Arabia or other Gulf States, whose state-sponsored ideology has been behind the vast majority of “Islamic” terrorism since 2001.

Empowering fringe elements of the diaspora

The last aspect of this narrative is presenting fringe pro-war groups in the diaspora as representative of Iranians in Canada and, by extension, in Iran. This aspect is perhaps the most important part of the narrative since, after the disastrous military interventions in Iraq, Libya and Syria, it’s crucial regime change advocates claim Iranians want to be bombed, starved by sanctions, and see their country ripped apart by civil war.

The opposite is true. The vast majority of Iranians inside and outside Iran reject sanctions and war. Iranian Canadians do so not only because they know firsthand the pain and chaos such policies cause, but also because they’re often the second targets of war and sanctions. Over the past decade alone, Iranian Canadians have had their bank accounts closed, been detained at the border and prevented even from raising funds for charities, including for the victims of the Flight 752 tragedy.

So, who are these members of the Iranian diaspora empowered by the media to advance a pro-sanctions and pro-war narrative? Almost without fail, they fall into one of two groups: royalist supporters of the son of the last Shah of Iran or members of the formerly listed terrorist Mujahedin-e Khalgh cult.

These individuals are usually connected with neoconservative think tanks, or are even paid directly by the Trump administration. Either way, they represent a fringe minority in a diaspora that has consistently shown it opposes war by supporting diplomacy and the nuclear deal.

Pouyan Tabasinejad is an Iranian Canadian political activist. Currently, he is the Vice President of the Iranian Canadian Congress, a non-profit and non-partisan organization dedicated to safeguarding the interests of Iranian-Canadians, and a Founding Advisor at Progress Toronto, among holding other positions in organizations based in Toronto. He holds a Master of Arts Degree in History and another in Immigration Studies and he is currently a PhD candidate at the Schulich School of Business at York. Views expressed are his own and not the views of any organization with which he is affiliated. 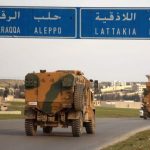 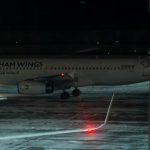