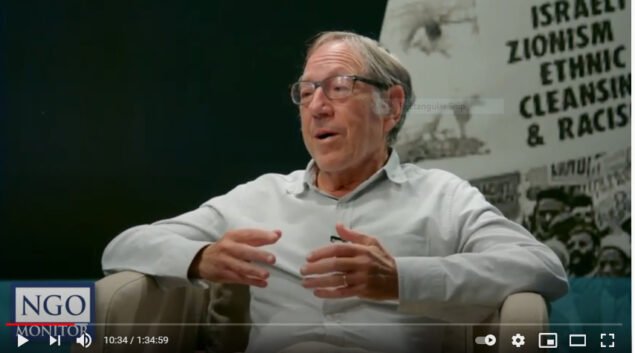 Shortly after the World Conference Against Racism – the first global human rights conference of the 20th century held in 2001 in Durban, South Africa – ended, Irwin Cotler lashed out by accusing the conference of racism against Israel and the Jewish people.

Shortly after the World Conference Against Racism – the first global human rights conference of the 20thcentury held in 2001 in Durban, South Africa – ended, Irwin Cotler lashed out by accusing the conference of racism against Israel and the Jewish people.

Ten years later, Irwin Cotler wrote an article in the Jerusalem Post, an Israeli newspaper, stating “if 9/11 was the Krystallnacht of terror, Durban was the Mein Kampf;” and since then he has used “Durban” as a catchword “for terrorist mass murder.”

By referencing 9/11, Cotler appears to imply that Israel is a victim of Muslim fanaticism. Interestingly, last week Cotler retweeted a Toronto Sun article that promoted hatred against Muslims, and when confronted apologized by stating it was done “accidentally.”

Cotler should know it is preposterous to accuse opponents of apartheid Israel of hatred of Jews, as it was ridiculous to accuse opponents of apartheid South Africa of hatred of whites. However, he is desperately trying to divert attention from Israel’s racism and crimes which have been reinforced by Human Rights Watch’s report of April 2021, and B’Tselem’s report of January 2021.

Cotler,  who was appointed Canada’s Special Envoy to combat antisemtism in November 2020, recently appeared on a Webinar by NGO Monitor, an organization whose overarching objective is to defend and sustain government policies that help uphold Israel’s occupation of, and control over, the Palestinian territories, and resorts to defaming human rights organizations that criticize the occupation.

During the interview Cotler referred to the Jerusalem Declaration on Antisemitism, which was crafted by 200 eminent scholars, with a wide spectrum of views, from the United States, Israel, Europe and the U.K, after more than a year of intense discussion and study.

Cotler accused the Jerusalem Declaration, whose aim is to combat antisemitism without curtailing free speech, of being anchored in the Durban conference’s hatred of Israel.

Cotler then proceeded to accuse western human rights NGOs, the UN Human Rights Council, and the World Health Organization of using the same rhetoric like the Durban conference to legitimize criticism of Israel as an apartheid state.

Cotler caps his interview by accusing the Contracting Parties to the 1949 Geneva Conventions of undermining the whole regime of international humanitarian law because they had indicted Israel on three occasions for its violation of the human rights of the Palestinian people.

By constantly referring to Israel as a “Jewish state,” Cotler completely ignores the existence and rights of 25 percent of its citizens who are Christians and Muslims. He also fails to acknowledge that those citizens have publicly and repeatedly stated that the fundamental racism and persecution they endured since 1948 have been enshrined in Israel’s Jewish Nation-State Law that was passed in 2018.

Cotler refuses to acknowledge Human Rights Watch’s and B’Tselem’s indisputable findings that Israel’s laws and actions enshrine Jewish supremacy for the 7 million Jews over the seven million Palestinian Christians and Muslims, living between the Jordan River and the Mediterranean Sea.

Cotler knows he can move to Israel and become a citizen automatically because he is a Jew while I, as a Palestinian refugee whose family lived for centuries in Nazareth and who still has close relatives there, am denied that right because I am a Christian.

Unmistakably, Israel is a state that views the doctrine of religion and race as its guiding light.

Remarkably, Cotler, a former Minister of Justice and Chair of the Raoul Wallenberg Centre for Human Rights, is a staunch supporter of apartheid Israel and spends his time and energy to justify Israel’s racism and to silence and criticize western NGOs, UN bodies, the International Criminal Court and Canadians who stand up for the right of 13 million indigenous Palestinian for freedom, equality and justice in their homeland.

It is noteworthy to point out that Cotler’s daughter, Michal Cotler-Wunsh, is an Israeli-Canadian who served as a member of Knesset until January 2021. In her Knesset role, Cotler-Wunsh has headed efforts to plan, develop and strengthen connections between Israel and the Diaspora, and to identify ways to attract Jews to move to Israel.

Having Cotler as Canada’s Special Envoy on combatting hatred of Jews, who constantly conflates Israel with the Jewish people, may pose serious risks to Canadian Jews since it may encourage racists to blame Jews for Israel’s racism and crimes. At the same time, such misleading conflation may serve Israel’s goal of attracting more Canadian Jews to move there, and thus serve hateful racists who want Jews to leave Canada.