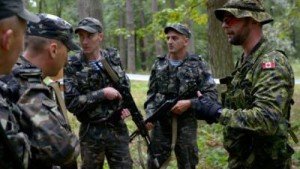 The Canadian government is confident that troops from Petawawa won’t end up instructing neo-Nazis and far right extremists when they begin their training mission in Ukraine this summer, but a former diplomat is warning it will be difficult to weed out such extremists as their militia units are now being integrated into Ukraine’s regular forces.

Some members of Ukraine’s most effective fighting units have openly acknowledged they are Nazi sympathizers or have expressed anti-Semitic or extreme right wing views.

The Canadian government has committed as many as 200 Canadian soldiers to train Ukraine’s military, which has fought Ukrainian rebels who want to separate. The bulk of the first wave of Canadian troops, to arrive in Ukraine sometime in the summer, will come from the Petawawa Garrison in the Ottawa Valley.

There is now a ceasefire in place between the Ukraine military and the rebels but there are concerns it will not hold. 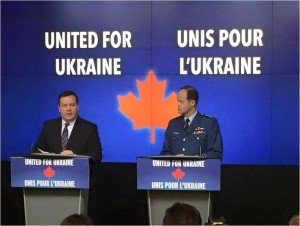 Defence Minister Jason Kenney acknowledged in a briefing Tuesday with journalists that the issue of how Canadians can avoid training extremist troops had been discussed among military staff.

“We’re not going to be in the business of training ad hoc militias,” he explained. “We will only be training units of the Ukrainian National Guard and army recognized by the government of Ukraine.

But former Canadian diplomat James Bissett says the Canadians could end up training members of the country’s fascist groups as those troops are now being enrolled in Ukraine’s regular forces. “These militias are being merged with Ukraine’s military so we won’t be able to determine who we are training,” said Bissett, Canada’s former ambassador to Yugoslavia, Bulgaria and Albania.

“These are unsavoury groups that Canadian soldiers should not be associated with.”

Ukraine’s defence ministry recently announced that Dmitri Yarosh, the head of the Right Sector party, will become an advisor to the country’s military chief. Members of the Ukrainian Volunteer Corps, a militia created by the far right group, will be integrated into the regular military.

The battalion has a symbol similar to the insignia used by some Nazi SS units. Although the unit has repeatedly denied such links, some of its members have voiced support for Nazi ideology or have made anti-Semitic statements.

Andrey Dyachenko, a spokesman for the Azov Battalion, told USA Today in March that only 10 to 20 percent of the unit are neo-Nazis. Last year, members of the Azov Battalion were shown on German television wearing helmets with Nazi insignia.

The U.S. and Britain are also sending troops to train Ukrainian forces.

Canada has been a key supporter for Ukraine’s government and has denounced Russian involvement in the ongoing crisis in the region.

Russia has annexed Crimea from Ukraine and has provided support to the separatist forces. Canada and NATO has accused Russia of sending troops and equipment to take part in the war but Russia denies that.

The Conservative government has provided more than $570 million worth of aid to Ukraine.

Some former Canadian diplomats, however, have suggested the government’s position on Ukraine is aimed at winning votes from Ukrainian-Canadians in the upcoming federal election.

Some Ukrainians have dismissed concerns about fascist elements in the country’s political system and military, labelling such claims as Russian propaganda.

European Jews, however, have voiced their concern about the presence of such groups and the rise of the Svoboda party led by Oleh Tyahnybok. Tyahnybok was among Ukrainian officials who last year greeted then Foreign Affairs Minister John Baird in Kyiv. Tyahnybok’s party members were also on the front lines of protests that led to the overthrow of Ukraine’s pro-Russian president last year.

Tyahnybok, who denies being anti-Semitic, co-signed an open letter to Ukraine’s president in 2005 calling for a government investigation into “criminal activities of organized Jewry in Ukraine.” 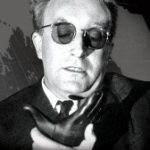