Sometimes, it requires a little patience to reveal the truth.

Here is the truth: Canada’s political and media establishment employs an ingrained modus operandi not only to shield their coddled confederate in the Middle East, Israel, from the censure it has so blatantly earned, but to allow powerful politicians and news organisations to lie about who and what Israel is to Canadians.

Let me explain. Warning: this is going to take a while.

Late last month, Human Rights Watch (HRW) became the latest independent agency to find belatedly that Israel has, for decades, wantonly and with impunity committed crimes against humanity targeting Palestinian innocents who, for generation after generation, have tried to live, work, love and raise families as best they can in occupied Palestine.

In its 213-page report, HRW documents in stark, distressing detail the litany of crimes against humanity that Israel has systematically visited on generation after generation of innocents, including, of course, children who try to live, learn, love and play in besieged, occupied Palestine.

The overarching intent of Israel’s crimes, HRW explains, has been to segregate, oppress, dominate, and subjugate generation after generation of innocents in occupied Palestine.

As a result, HRW concludes that Israel has, for decades, been guilty of pursuing a policy of ethnic supremacy against generation after generation of innocents in occupied Palestine that has translated into the methodical persecution of Palestinians and rendered Israel an apartheid state.

The pat justifications that Israel and its loyal allies in Ottawa and newsrooms across Canada trot out predictably to excuse or defend Israel’s chronic, grinding, often lethal criminality towards Palestinians convince only the blind and gullible.

The notion that Israel can commit systemic crimes against humanity and impose its ruthless hegemony over Palestinians in order to protect its security is rightly dismissed by HRW as, in effect, a canard.

“Many [of Israel’s] policies have no legitimate security justification,” HRW writes. “Even where security forms part of the motivation behind a particular policy, that does not give Israel a carte blanche to violate human rights en masse.”

HRW insists that nations must finally hold Israel to account and fundamentally re-evaluate their “approach to Israel and Palestine” to avoid being complicit in crimes against humanity.

“The international community has for too long explained away and turned a blind eye to the increasingly transparent reality on the ground,” HRW writes.

So, to recap, a prominent human rights group that successive Canadian governments and establishment journalists routinely rely on and cite in speeches, tweets, press releases, news stories and columns to assail the human rights violations of China, Russia and other international miscreants issues a big report charging that Israel has, since the middle of the last century, persecuted and viciously practised apartheid against Palestinians; that much of that pervasive inhuman treatment has got nothing to do with keeping Israel safe; and that it is way past time to put Israeli perpetrators in the dock.

Now, any Canadian editor working at a “major” news outlet with even a rudimentary understanding of what constitutes “news” would assign a reporter to share HRW’s excoriating findings with their audience. Right?

I waited and watched for seven days to answer that largely rhetorical question.

Here is what I found.

Since its publication on April 27, only two Canadian news organisations produced stories about HRW’s damning report: The Canadian Press wire service and The Globe and Mail newspaper.

Canada’s public broadcaster, the Canadian Broadcasting Corporation (CBC), has not devoted a word or a nanosecond to HRW’s report on any of its gamut of digital and broadcast platforms.

Think about that: Canada’s largest, perhaps most influential, news operation with the greatest reach – which lately has claimed to be diversifying its stubbornly white staff in order to tell stories about “marginalised communities” – took an institution-wide pass on a story that the BBC, The Guardian, Al Jazeera, CNN, The New York Times, The Washington Post and other notable media covered.

This, despite the fact that the CBC’s parliamentary bureau in Ottawa was, like The Globe and Mail, provided with an advance copy of the HRW report on April 26.

Indeed, a group of concerned Canadians wrote an email to a slew of top CBC News editors, including the editor-in-chief, on the morning of the report’s release to ask about the network’s plans.

Derek Stoffel, CBC’s world news editor and former Middle East correspondent, wrote back with this sorry, astonishing reply: “We discussed coverage of this story for our broadcast and Digital platforms today, but in the end a decision was made that we do not have the reporter resources on this day to devote to it … we just couldn’t make that work.”

Apparently, not one of CBC’s vast array of digital and broadcast news and current affairs programmes could find the “resources” to report on HRW’s dossier nor to discuss or interview a single Palestinian-Canadian about its remarkable, arguably historic conclusion that Israel is an apartheid state on April 27 or any day since.

This amounts to collusion by CBC resulting in a news blackout of a story that not only has profound human consequences for Palestinians and the Palestinian diaspora in Canada but has prickly implications for this nation’s diplomatic and trade relations with Israel.

The CBC’s blackout of the HRW report represents an affront to, and a shameful dereliction of, the public broadcaster’s editorial mandate to reflect the interests and experiences of all Canadians at home and abroad.

(Canada’s two leading private networks, CTV and Global, did not report on the HRW’s study on their nightly newscasts either, although CTV News did spend valuable time showing viewers video of an alligator invading a football pitch in Florida.)

When I asked CBC why it had failed to tell Canadians anything, anywhere on its digital and broadcast portals about HRW’s report, I was told that it was not a matter of resources, but, that other, more important stuff had been going on that day.

“It appears our editorial teams did not pursue any stories regarding the Human Rights Watch report from April 27th. Every day, senior editorial programmers across CBC News independently decide what gets covered for their respective programs, weighing the priorities of the day’s important news stories,” a CBC spokesperson wrote.

It is instructive to note that days later Stoffel and his CBC colleagues found the “resources” to provide broad and continuing coverage across its platforms of the tragic stampede at an ultraorthodox religious festival in northern Israel.

Whatever CBC’s conflicting, spurious reasoning, Farida Deif, director of the Canadian chapter of Human Rights Watch, told me in an interview that she found the public broadcaster’s blanket silence about the leading human rights group’s “substantial” report “troubling”.

She is not alone.

The CBC was not the only mainstream media to treat HRW’s report as radioactive. While a number of Canadian news outlets published a rather clipped synopsis of the report written by a variety of wire services, Canada’s legion of usually loquacious opinion and editorial writers has also gone mute.

Clearly, when Israel is singled out by a respected human rights group for having committed crimes against humanity, the brave defenders of the Universal Declaration of Human Rights and international law in the fourth estate suddenly lose their appetite to confront and condemn the culprits.

Still, I asked Canadian Foreign Minister Marc Garneau’s press office if anyone could be interviewed to discuss HRW’s report, which Canada’s diplomats are reportedly “reviewing”.

“An interview would not be possible at this time,” Grantly Franklin, a spokesman for Global Affairs Canada, wrote.

When I asked Franklin why an interview was not possible at this time, his reply was equally insipid: “Global Affairs Canada has nothing further to provide.”

I remember when Canada’s jejune leader – eager to establish his phantom progressive credentials – once promised to preside over an open and transparent government. Does he?

In any (hypocritical) event, can you detect the obvious pattern?

Much of Canada’s establishment media, like the Liberal government it claims to hold accountable, has no interest in even acknowledging the existence of HRW’s report, let alone considering or exploring the assembled proof of Israel’s crimes against humanity – ie imprisoned Palestinians.

Part of the institutional reluctance to point a blunt, accusatory finger at Israel is rooted, no doubt, in inviting the sustained, shrill reproach of Israel’s evangelical, incoherent-with-rage surrogates who refuse to address the voluminous evidence of Israel’s crimes and prefer, instead, to hurl accusations and insults.

But this is the other, more consequential rub that Trudeau and the CBC, among others, will never admit publicly: The HRW’s report is not only a wholesale rejection of, but fatally undermines, the entrenched narratives about Israel and occupied Palestine that fuse Canada’s political and media “elites” at the hip.

First, Israel is the “good guy” that shares Canada’s democratic “values”, while Palestinians are the “bad guys” who elect “terrorists”. HRW’s report says: No, actually, the Israelis have been the bad guys for a long time and the world must, at last, admit and deal with it.

This construct of the Israeli-Palestinian “conflict” is so disorienting and alien to Canada’s political and media “elites” that they are obliged, reflexively, to reject it completely and instantly. Hence, their silence.

Second, the conventional paradigm of the Israeli-Palestinian “conflict” is that Israelis are the “victims”, while Palestinians are the “perpetrators”. HRW’s report says: No, actually, it is the other way around. Countless Palestinians have been traumatised, evicted, dispossessed, jailed, tortured and killed by an occupying army that enforces “draconian military orders”.

Once again, this almost revolutionary construct is so disorienting and alien to Canada’s political and media “elites” that they are obliged, reflexively, to reject it completely and instantly. Hence, the silence which reflects their defining conviction that Israeli lives matter and Palestinian lives do not.

In its report, HRW comes tantalisingly close to endorsing the BDS movement and, in so doing, it emphatically discredits Trudeau’s tired, vacuous rhetoric.

In fact, HRW calls on Canada and other governments to “vet agreements, cooperation schemes, and all forms of trade and dealing with Israel to screen for those directly contributing to the commission of the crimes of apartheid and persecution against Palestinians”.

And, finally, HRW declares that: “States should impose individual sanctions, including travel bans and asset freezes, against officials and individuals responsible for the continued commission of … the crimes of apartheid and persecution.”

In the face of HRW’s comprehensive list of disorienting and disagreeable recommendations, Canada’s political and media “elites” are obliged, reflexively, to reject them completely and instantly. Hence, again, their silence.

I suspect that in the unlikely event that Trudeau is pressed, he will dutifully follow the lead of Germany and the United States and announce that Canada rejects outright HRW’s charge that Israel is an apartheid state that persecutes innocent Palestinians.

That will be the unmistakable cue to the Israel-fawning proprietors of Canada’s mainstream media to promptly erase Human Right Watch’s withering indictment of Israel, if they bothered to read it all. 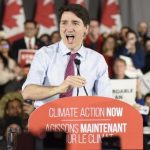 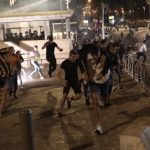 Israeli police are determined to escalate the violence in JerusalemIllegal settlements and annexation of land, Israel, Jerusalem, Nakba