Canada on wrong side of Venezuelan conflict 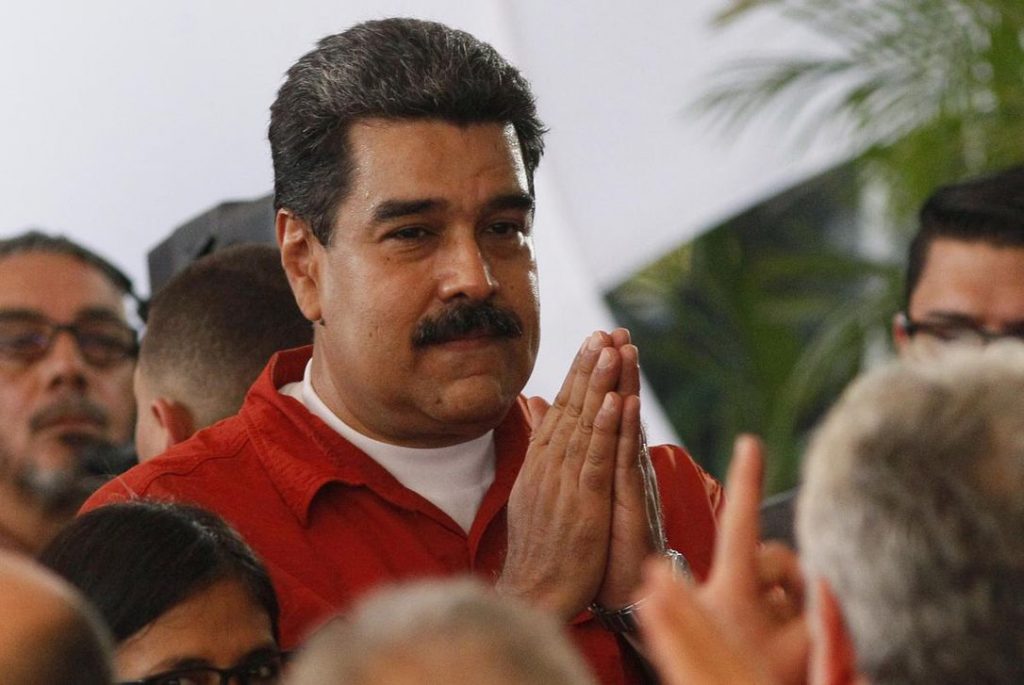 Venezuela’s President Nicolas Maduro gestures to supporters last month during a ceremony formalizing his candidacy for the upcoming presidential election, at the National Electoral Council (CNE) in Caracas. Officials loyal to Maduro recently approved an early presidential election for April 22, drawing broad condemnation from the United States and several of Venezuela’s Latin American neighbours who said the conditions for a fair election are lacking. (ARIANA CUBILLOS / AP)

The Canadian press usually retails, without question, anti-Venezuelan propaganda from the US and its own government. Linda McQuaig’s pre-election article from The Star is an exception that deserves support

First published on The Star

Anyone following the international media coverage would conclude that the Venezuelan government is terribly autocratic and that Western nations, led by the U.S., have stepped in with sanctions out of concern over human rights abuses there.

A closer look suggests a different scenario that puts Western actions in a less laudable light: Washington is waging economic war against a nation that dared to rise up and reject U.S. control over its ample oil reserves.

The Obama administration targeted individual Venezuelans with sanctions, but the Trump administration’s sanctions are much broader, taking punishing aim at the country’s entire economy.

Sadly, Trudeau is backing up the U.S. bully, apparently hoping to win a reprieve from Trump’s arbitrary trade measures – a strategy that seems unfair to Venezuela and also likely futile. We’ll return to Canada’s sorry role in this saga in a moment.

Venezuela has been in Washington’s cross hairs ever since the dramatic 1998 election of Hugo Chavez, a charismatic, populist leader – and this is one case where the word “populist” legitimately applies.

Unlike the “populist” Donald Trump, Chavez actually came from humble roots as the child of black and Indian parents, and actually championed his country’s large peasant population.

Indeed, unlike many Third World leaders who siphon off their nation’s wealth in cahoots with foreign multinationals and local elites, Chavez enraged Washington by nationalizing Venezuela’s oil and redirecting the wealth to health care, education, housing and food for the poor.

Venezuela’s wealthy elite, angry about losing their privileged position, vowed to overthrow Chavez – and briefly did in a violent 2002 coup, with the help of Washington, before being repelled two days later when hundreds of thousands of pro-Chavez demonstrators from poor neighbourhoods took to the streets of Caracas.